These wise words were spoken to me by Father Paul back at Tewkesbury Abbey.  He meant that we are our history; the history of both our own lives and those of our forefathers.

I’ve mentioned here before, I think, that the last three months prior to starting 52 were spent clearing our parents’ house of 55 years, after they both died in 2018.  During this process, my sister, brother and I made many, many discoveries, like this:

Seriously?!  Is it any wonder I draw lines on maps and do silly walks?

Anyway, look at the map below of today’s walk.  About one third of the way from east to west, the route goes right through a tiny village called Llanfihangel Nant Bran: 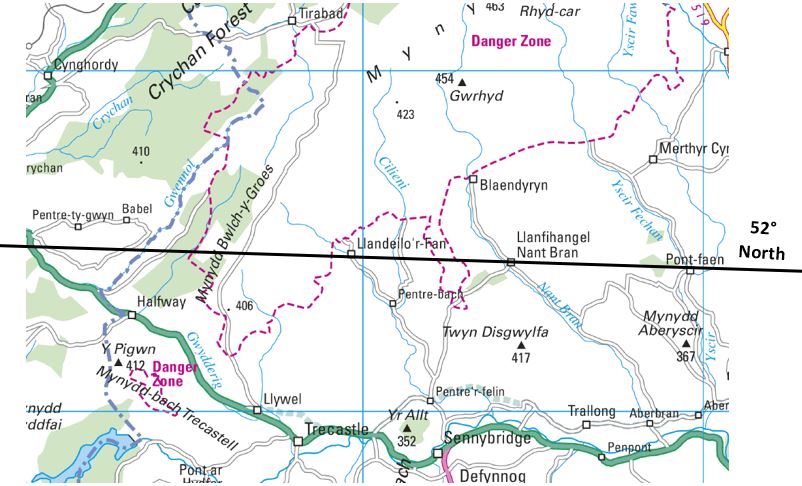 Now zoom in on Mum’s 30-year holiday list, specifically back 13 years to July 2006 (maybe turn your phone sideways so you can read it?): 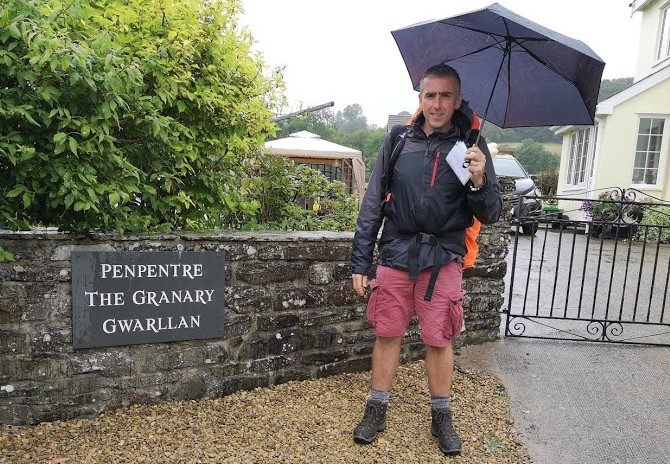 To me it is a biggy.  A sort of literal illustration that we follow in our parents’ footsteps.  We can’t help it; it is a biological certainty.  It meant a lot to walk through Llanfihangel today.

The other major place of interest on this wet day (very wet, but only the second in 25 days of walking, so not too bad really), was another throwback.  I knew the name Sennybridge from a well-remembered 1970s family caravan holiday.

But what I didn’t know was that Sennybridge is also home to Britain’s third largest* military training area (known, for short, as SENTA).

(* After Salisbury Plain in Wiltshire and Otterburn in Northumberland)

To tell us all about it, I’d arranged to meet Major Ed Mahoney, Camp Commandant, Senior Training & Safety Officer, at Llandeilo’r-Fan (immediately to the east of the purple dashed Danger Zone on the map above). 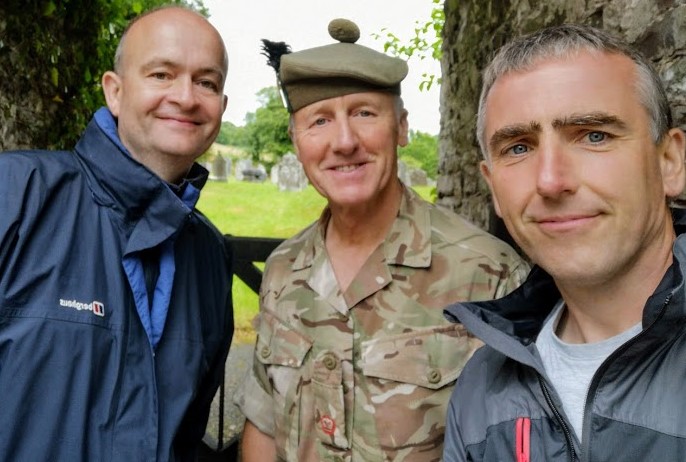 Ed was incredibly informative and incredibly kind.  He explained how the training area was established in 1940 to support the war effort, being chosen for artillery training because of the site’s height and frequent cloud cover up on Mynydd Epynt.

The site has been in continual use and today is used to train 79,000 “triservice” men and women a year (army, navy and air force), mainly dismounted now rather than artillery. 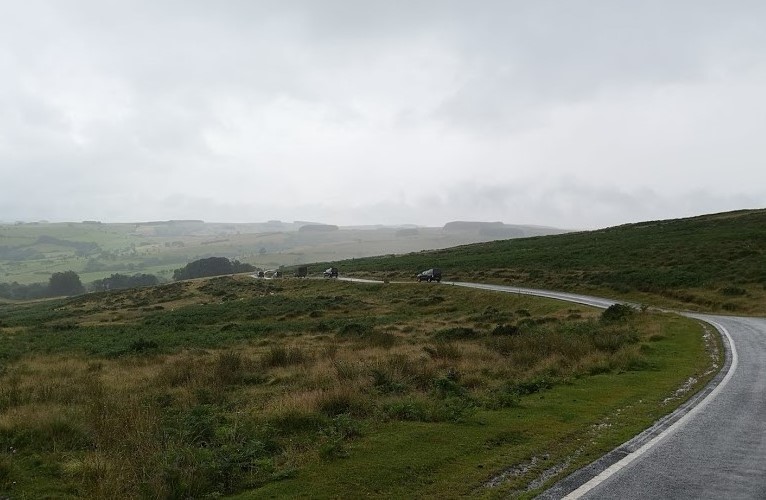 It’s bleak up at SENTA.  Ed said if you can survive up there, you can survive anywhere.  Having moaned a bit about the rain earlier, I felt in awe of the servicemen and women who train here, often at night, and in all weathers.  The spirit of teamwork and resilience generated must be phenomenal.  Once again, communities of people working together for a common aim, bringing out the best in each other.  A recurrent theme right across 52.

The camp also maintains good relations with the local community in a number of different ways, such as helping with the Sennybridge Show in early September every year.

We also needed Ed’s help today.  The public are not allowed to enter to SENTA, but that would have meant a major deviation for us from 52°N.  So Major Mahoney kindly made an exception and radioed ahead to say that two civilians would be crossing the danger zone (we weren’t in fact in any danger as the day’s firing had just finished). 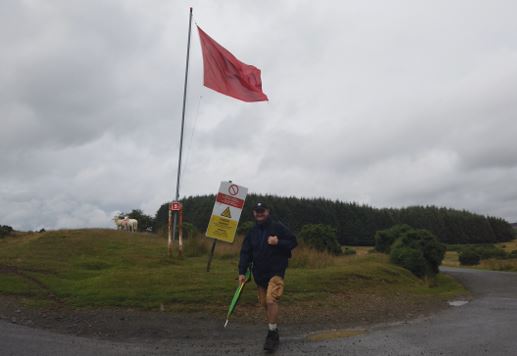 And then, just as we were saying our thank yous and goodbyes, Ed produced from his vehicle a big bag of chocolate bars for us, to keep us going on the wet walk.  Exactly what the doctor ordered.  Love the MOD!

Iain was staying with me this evening, which was possible because the original B&B had had to be changed (due to the owner having an operation), so we were staying in a lovely self-catering cottage with several beds, just for one night, called The Byre.  Things often work out for the best, don’t they?

Lesley had filled the fridge for us and provided fresh eggs.  Iain had also carried pasta and red wine with him all day in the rain and so cooked me a feast.  Fantastic! 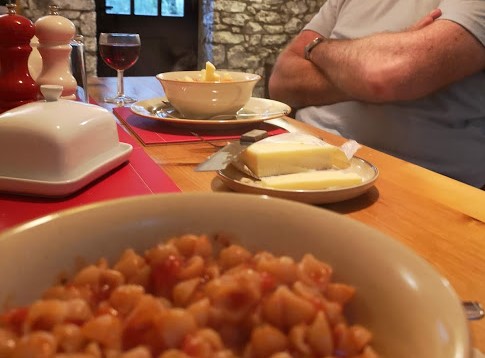 Short walk down into Llandovery tomorrow, then that’s Week 5 done.  Going too quickly!