06:00 Rosemary had got up early to leave out some cereals and stewed fruit.  I needed to get going early as I had quite a long walk before my first meeting.

06:10 Back on the path.  I think I’ve wished on here before that I could capture for you the glory of an early start, in the cool dewy morning, with the prospect of a great day ahead. 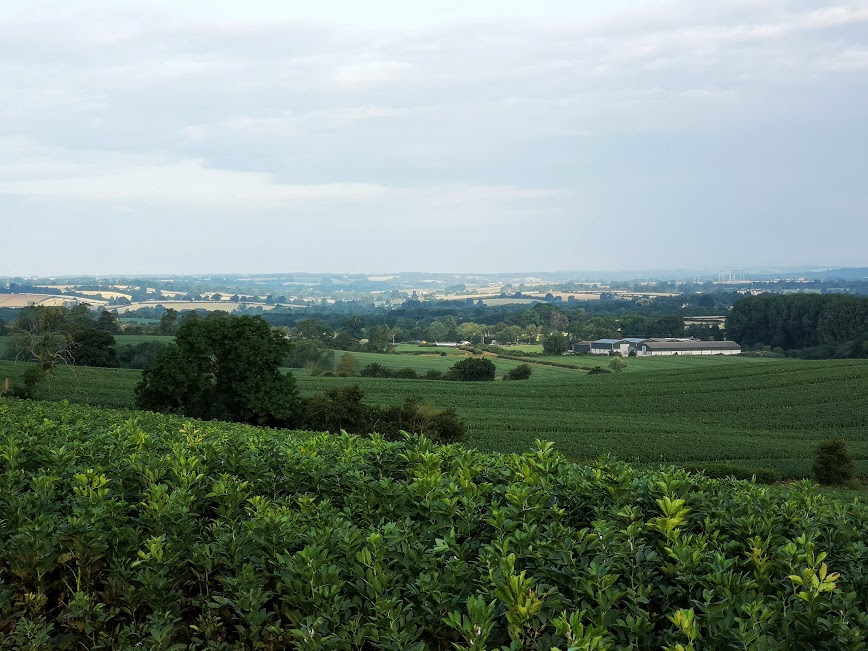 07:30 Now down on the Oxford clay in the flat Cherwell valley: a geographical feature used and re-used by civil engineers when building major transport routes (1780s – the Oxford Canal, 1840s – the Oxford to Banbury railway, and the 1980s – the M40).  See the map below just south of King’s Sutton: river, canal, railway, motorway, all bundled together. 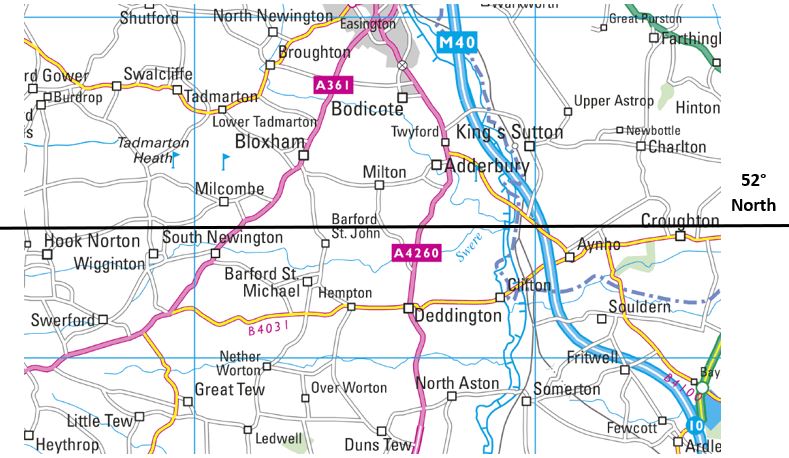 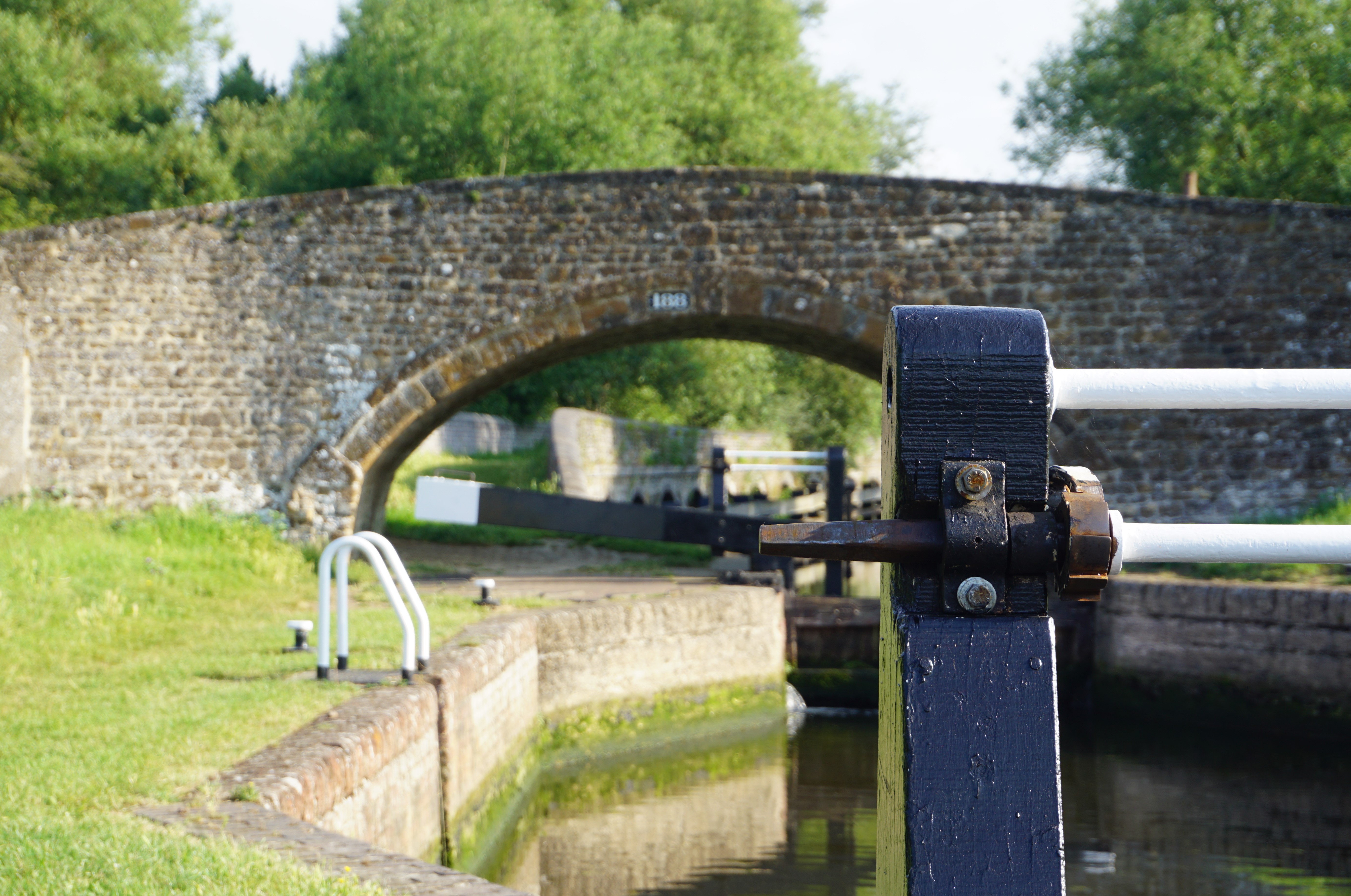 09:30 Arrived for my first meeting of the day at Daeda’s Wood. 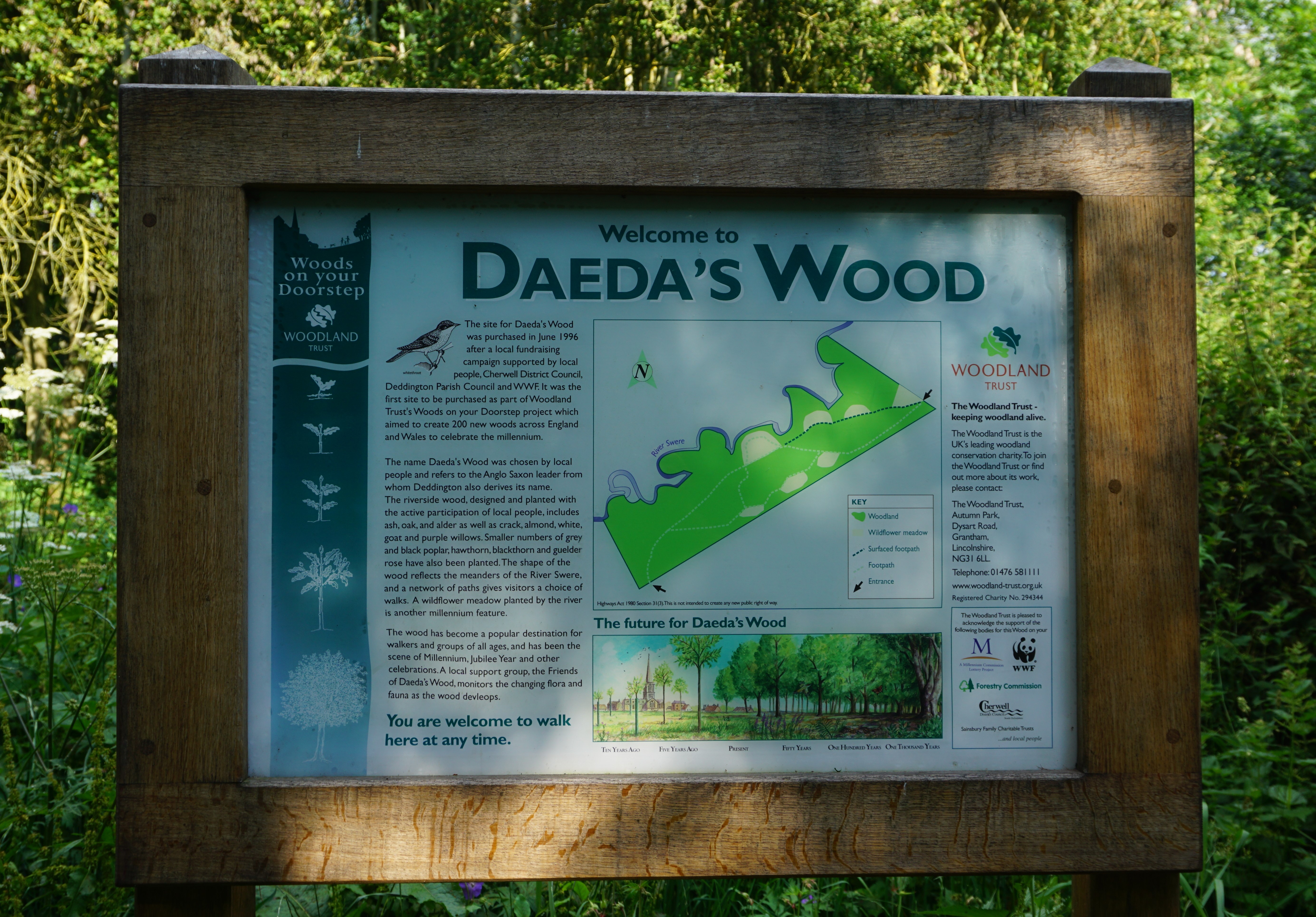 This wood was planted from scratch in the late 1990s by the local community under the auspices of The Woodland Trust – one of my three chosen charities (if you’ve not donated yet, please see the Charities page).

Marking the millennium, the Woodland Trust aimed to plant about 200 new local woods right across Britain, called “Woods on Your Doorstep (WOYD)”.  Daeda’s Wood was the very first of these.

The wood is named after the Saxon leader Daeda, who was prominent in this area 1,000 years ago.  He also gave his name to the nearby village of Deddington.

The wood today is fabulous: 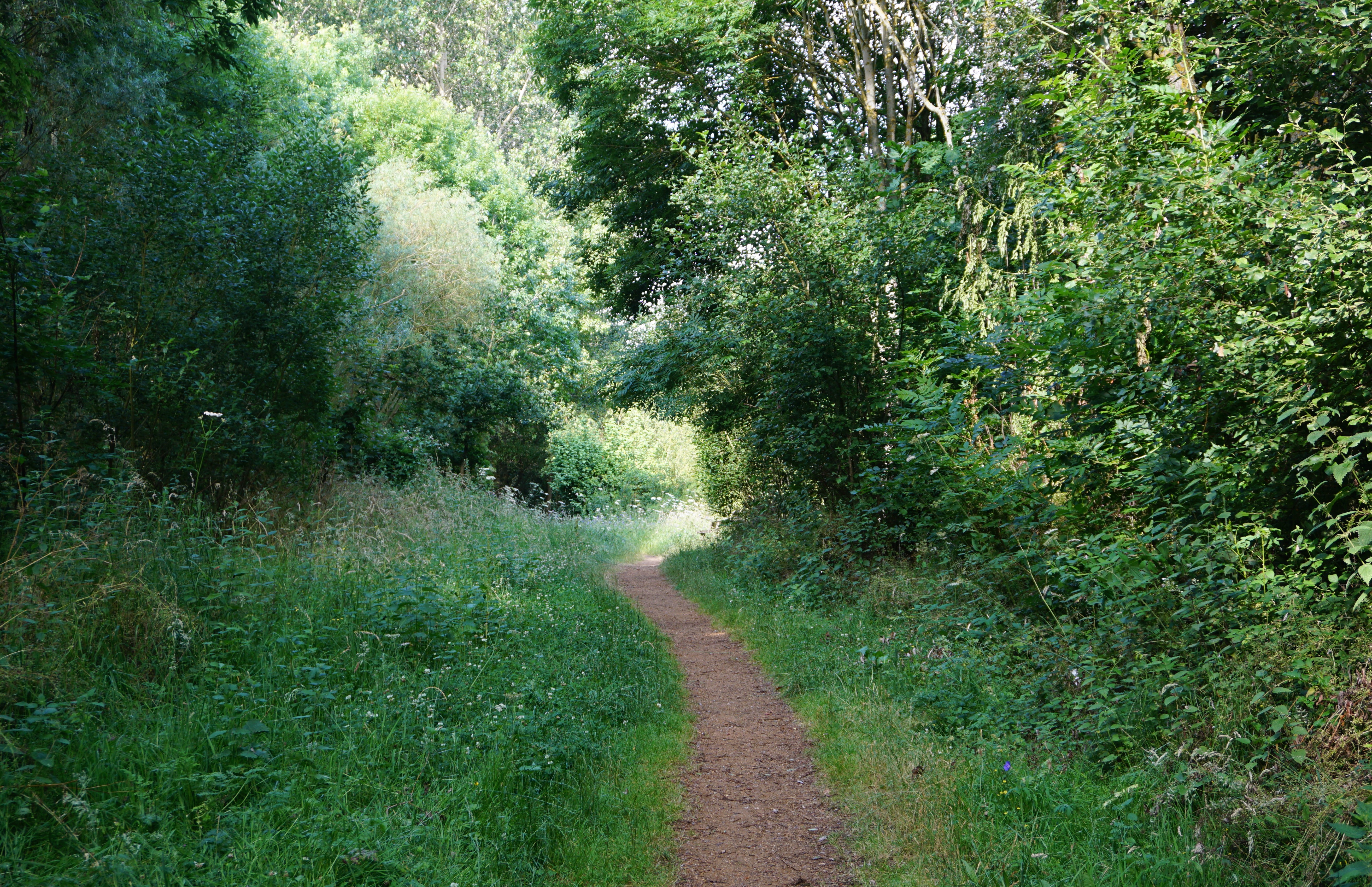 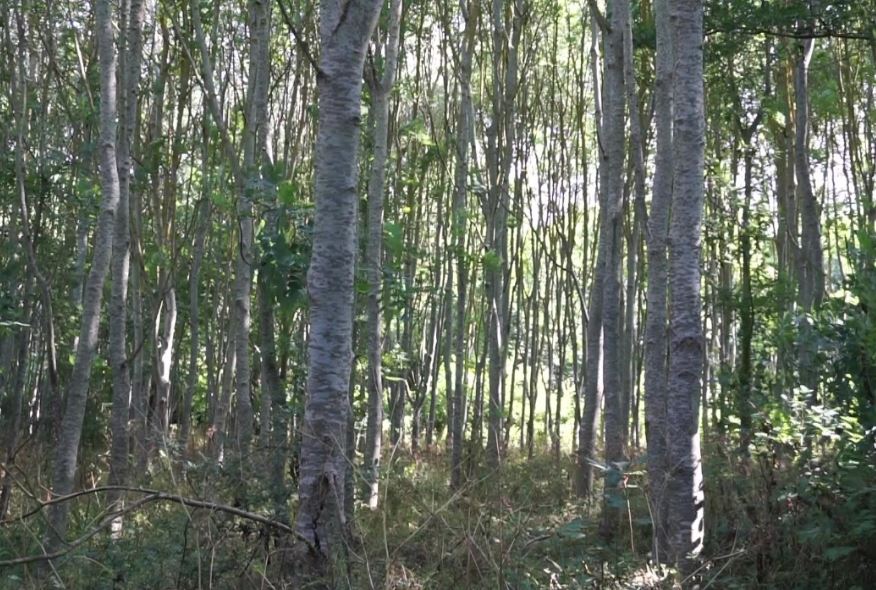 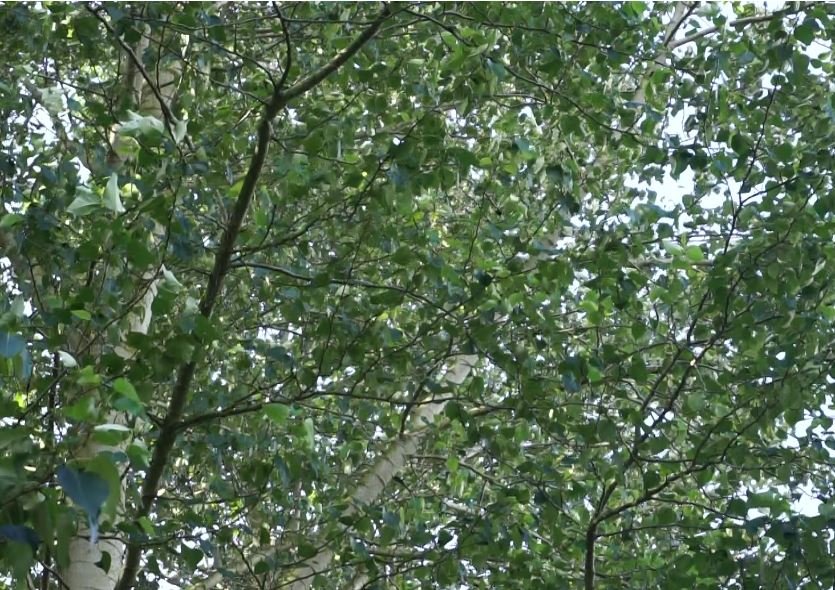 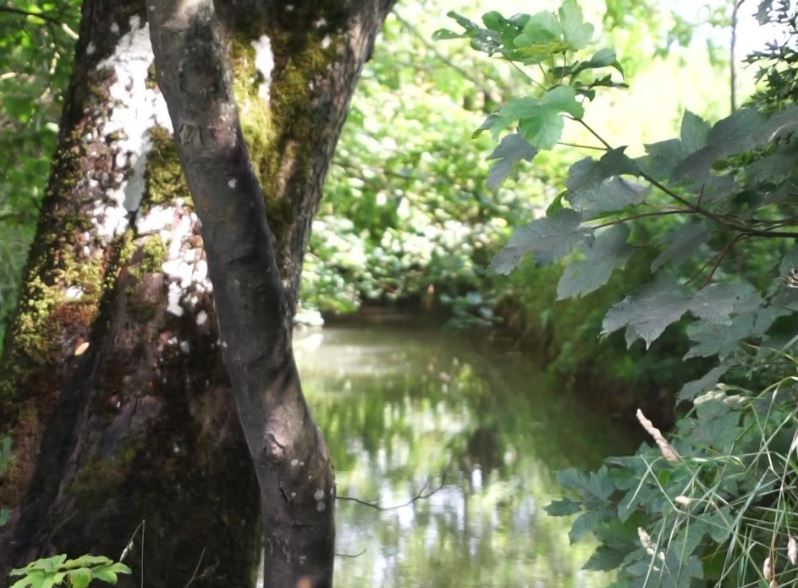 10:00 I’d arranged to meet Annette Murphy and Paul Cooper from the Friends of Daeda’s Wood, who keep an eye on the flora and fauna here. 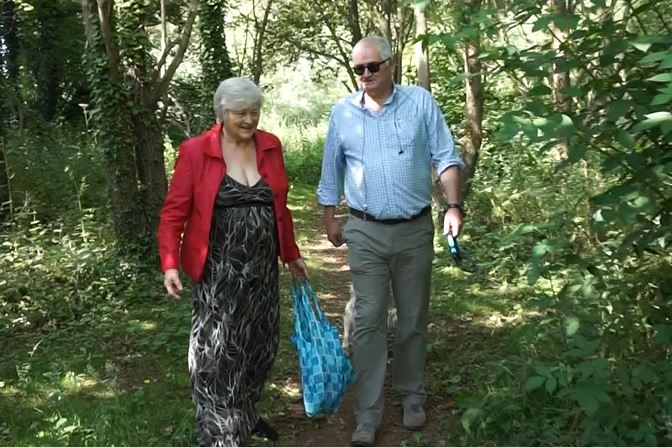 We had a great chat and, like everywhere I’m visiting, I can’t begin to do justice here to the depth of fascinating information they gave me about the wood.  Need to do that book.

What struck me was that this is a fabulous local amenity, that’s come from nowhere in 20 years, and will continue to do so for generations, transcending our own lives.

Look at this timeline on the Daeda’s Wood sign – love it!

Annette and Paul are ensuring that legacy now by engaging local schoolchildren, through the adventures of Harry the Hedgehog and birdboxes which the children make.  Awesome! 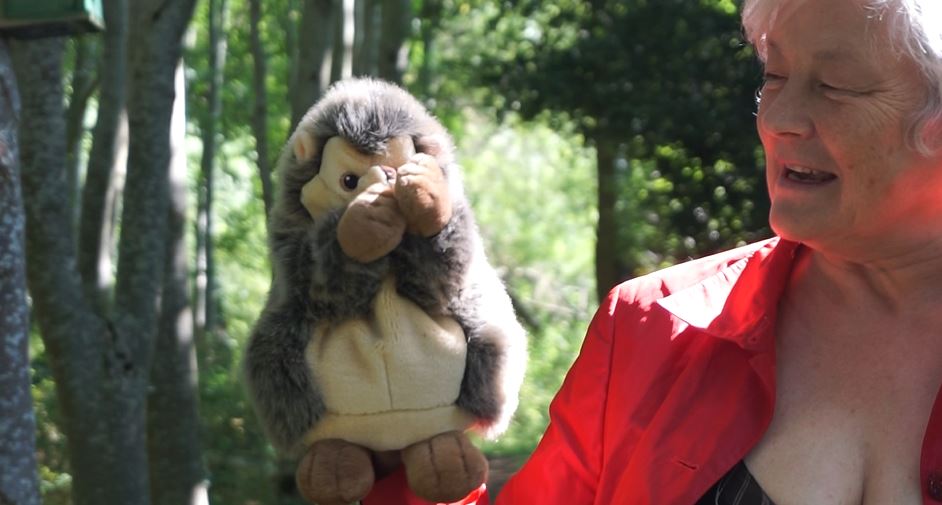 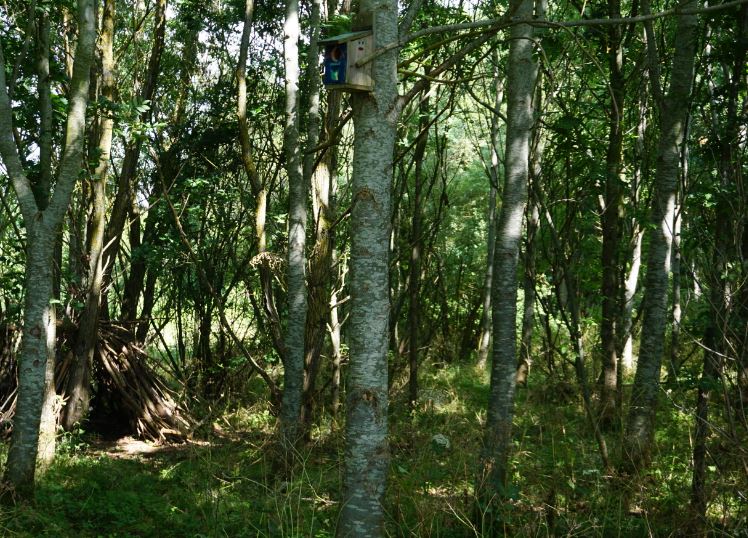 This was a hugely inspiring half hour for me.

10:30 First of two follow up broadcasts today, with two lovely BBC ladies.  On the Kat Orman show on BBC Radio Oxford, speaking about the walk, the wood and the incredible work of The Woodland Trust.  Planting woods is a win, win, win.  Good for people, good for wildlife, good for the planet.  Let’s plant lots more.  Listen here (interview is 39:00 to 48:00).

13:00 Walk on to South Newington to meet my good friend Andrew. 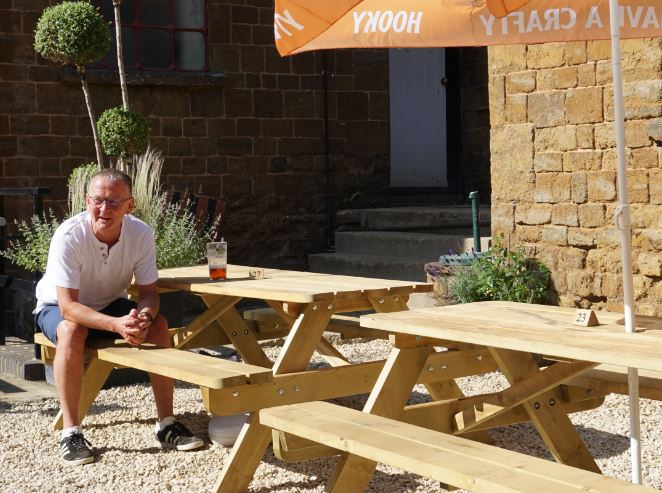 Today was a big day for Andrew.  He has chronic fatigue after suffering from secondary glandular fever two years ago.  For many months, he’d been looking forward to doing a short stretch of 52 with me as part of his recovery.  He did it today and frankly we were both a bit emotional about it.  Thanks for coming Andy, it really meant a lot to me.

We had to press on, because my third and final set of appointments for the day were at Hook Norton Brewery at four o’clock. 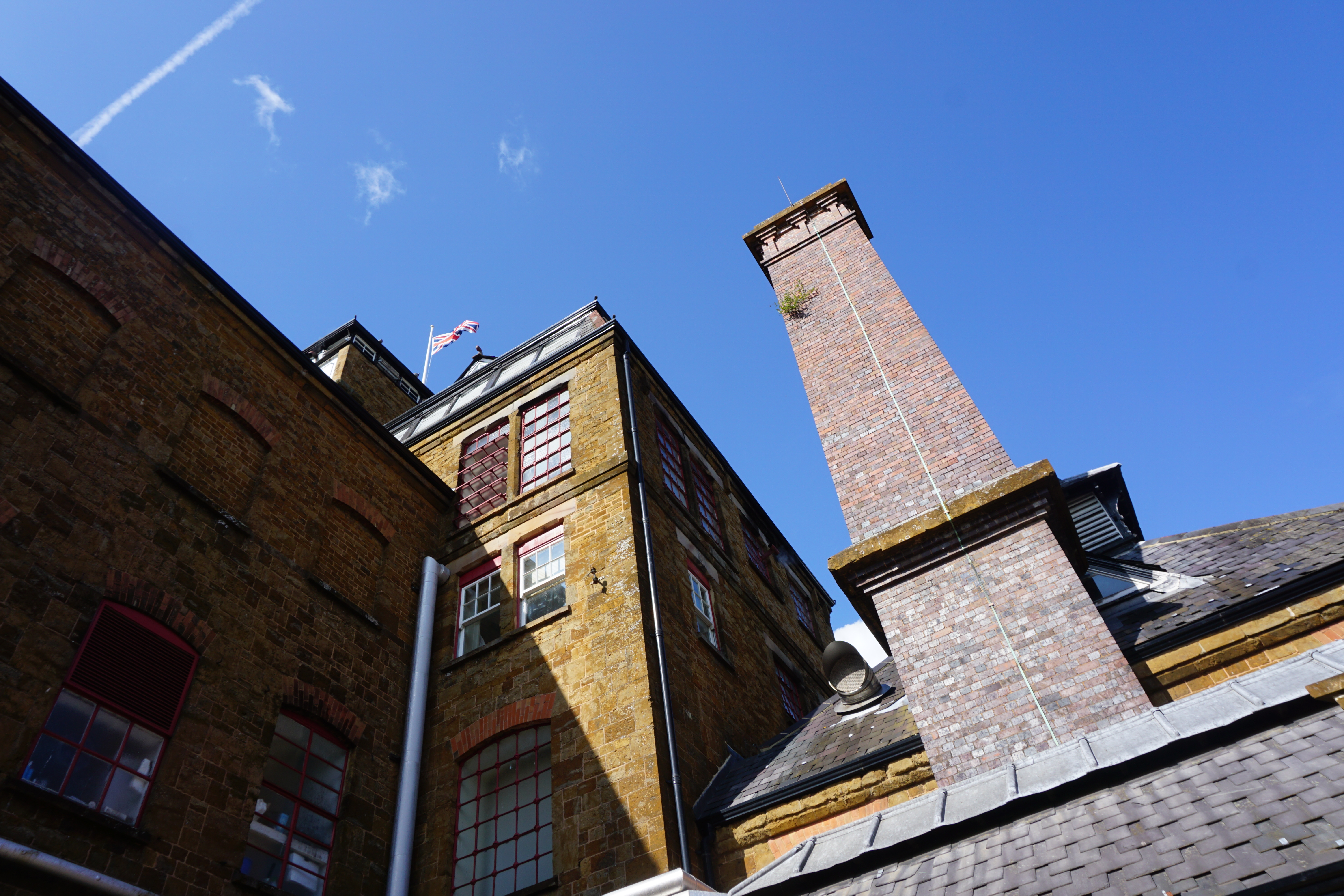 Hook Norton Brewery, is Britain’s finest example of a Victorian tower and I’d arranged to meet their Marketing Manager Mark Graham.  But first, more publicity for the walk.

16:30 Chatting with Mark about the positivity of the brewery.  In addition to being massively focussed on consistently producing a wonderful product, using traditional methods, what I also found lovely was Hook Norton’s sense of community.

The current managing director James is the sixth generation of the same family running the brewery.  They provide great employment opportunities for local people and are deeply embedded in the Oxfordshire community, through both their pub network and other events and activities.  Once again on 52, I found that small and local is good. 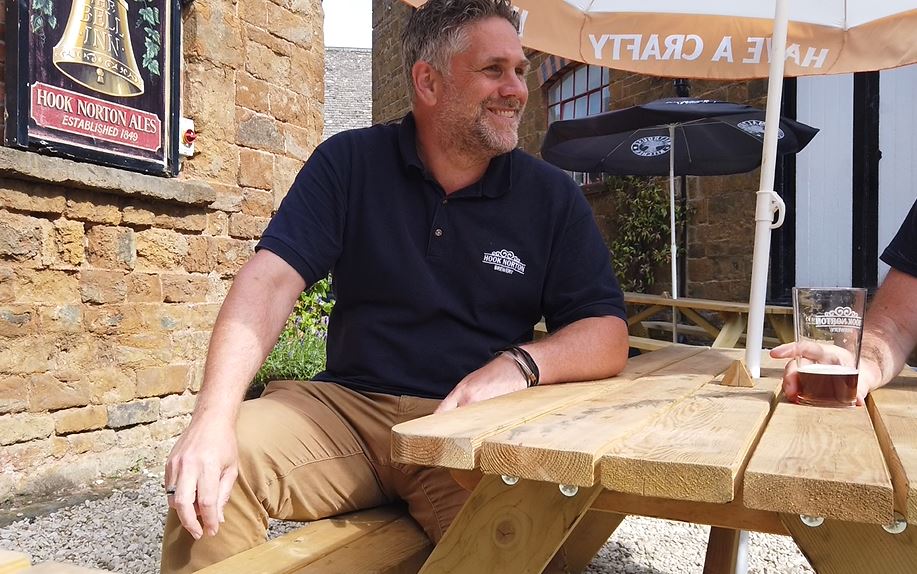 At the end of our chat, Mark mentioned on a personal note (which he said he didn’t mind me sharing) that he too had lost his wife to cancer, just last November.  As you can imagine, this resonated hugely with me.

Mark couldn’t speak highly enough of the support the brewery had given him, and continues to give him, through this time, which he thinks speaks volumes for Hook Norton’s values and sense of support for it staff.  Once again Andy and I were a little emotional.  Thanks so much for your openness Mark – you’re an inspiration.

17:00 Andrew and I walk back into the village of Hook Norton, stopping off for another pint at The Pear Tree Inn, of course. 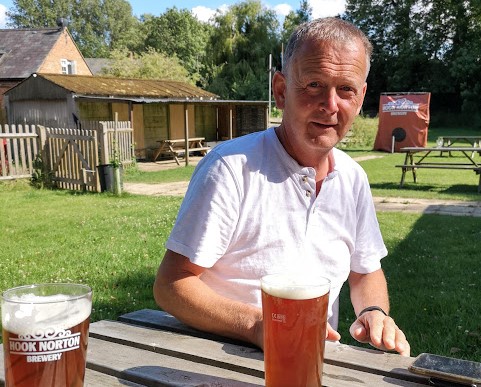 18:30 Andy treats me to a delicious steak at The Sun Inn where I’m staying, right in the middle of the village.  Thanks mate.

P.S. I’m actually writing this in the early hours of Saturday morning.  This is the view now from my room at the Sun.  I am ridiculously lucky to be able to do this walk, and am continually humbled by my companions and the people I’m meeting.  Onwards to Moreton-in-Marsh! 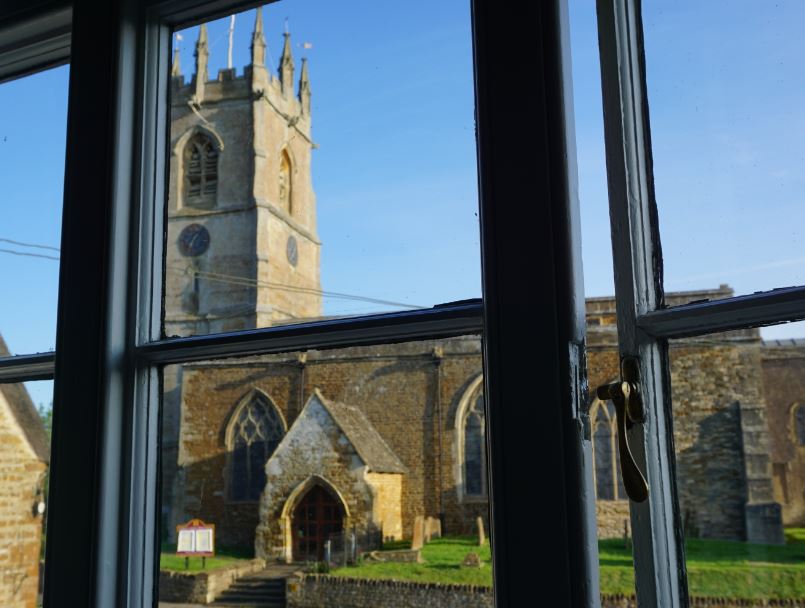