Sometimes in life, you need an expert on hand.  The service of experts was a theme today.

But today I had a real life expert walking with me: geologist and friend Sean. 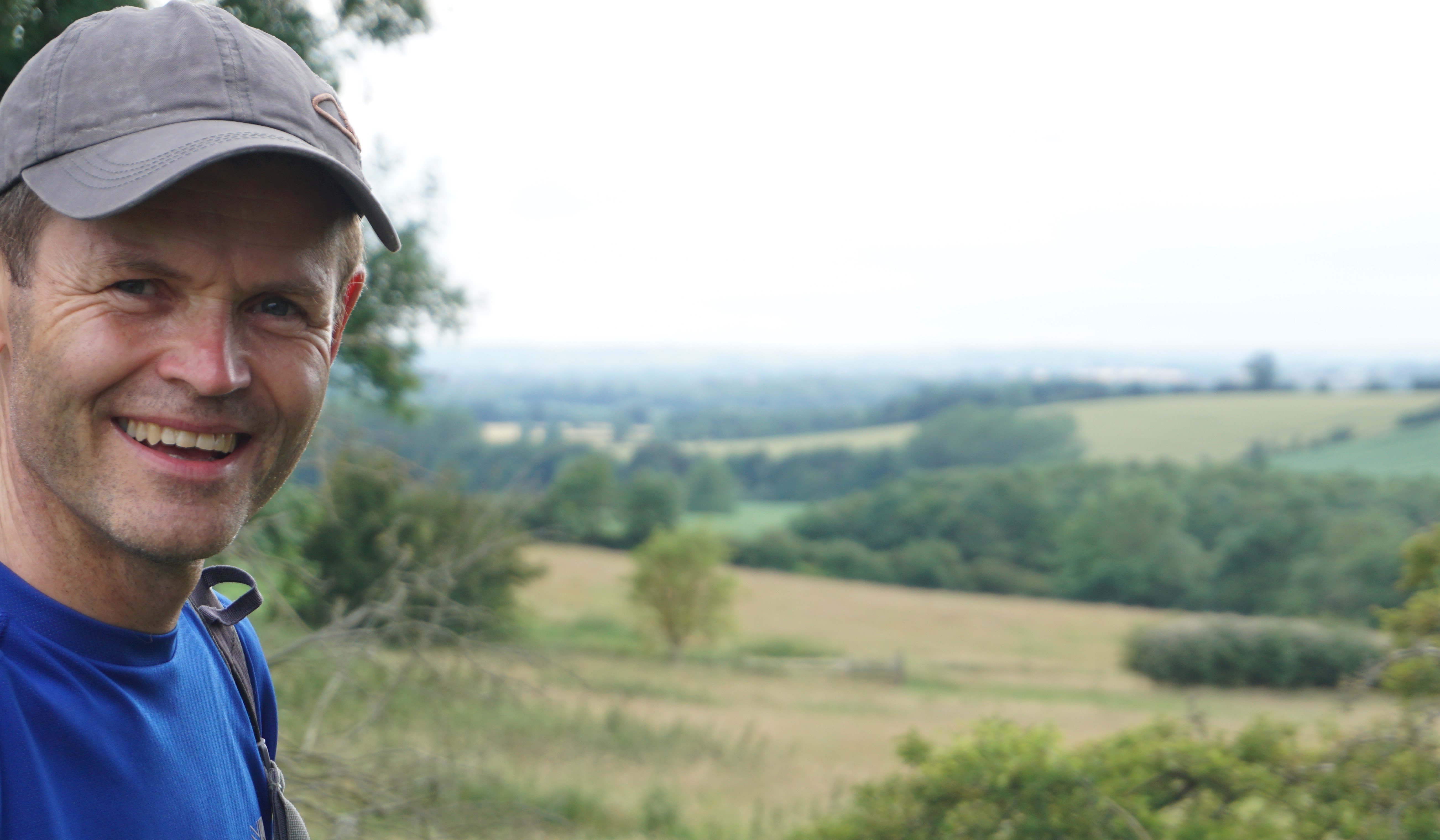 If you’ve read previous updates, you’ll know I like to go to the intersection of 52°N with whole number degrees of longitude.  In Buckingham, Sean and I were at 1°W, but unfortunately the River Great Ouse formed a natural barrier against getting to 52°N, 1°W.  We got close: 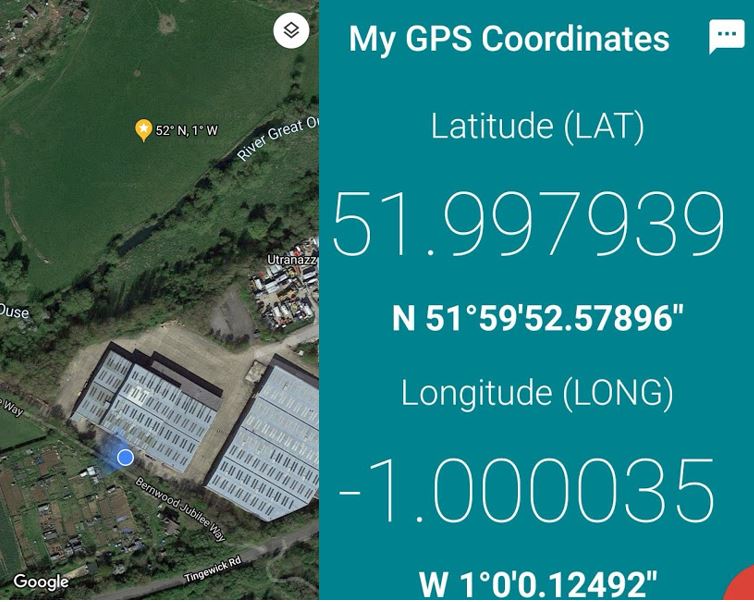 It was a case of multiple villages across three counties today – see the map below: Tingewick in Buckinghamshire; Mixbury in a northern arm of Oxfordshire; and Evenley, Croughton and Charlton in Northamptonshire. 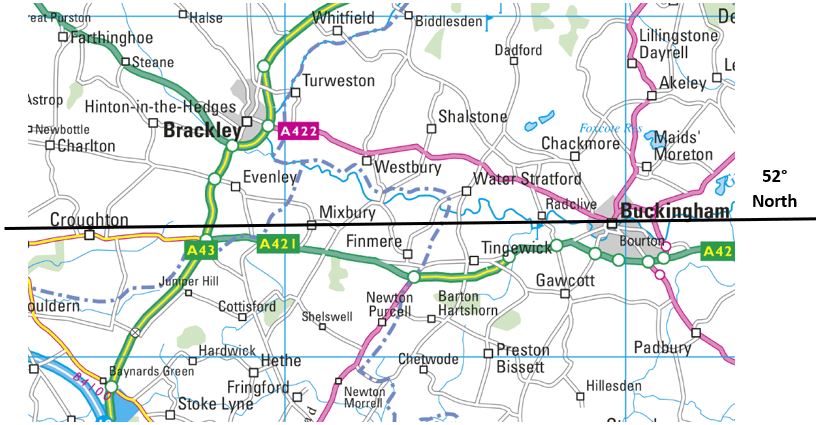 Tingewick, Bucks: The door of St Mary Magdalene church was open, so we stuck in our heads. 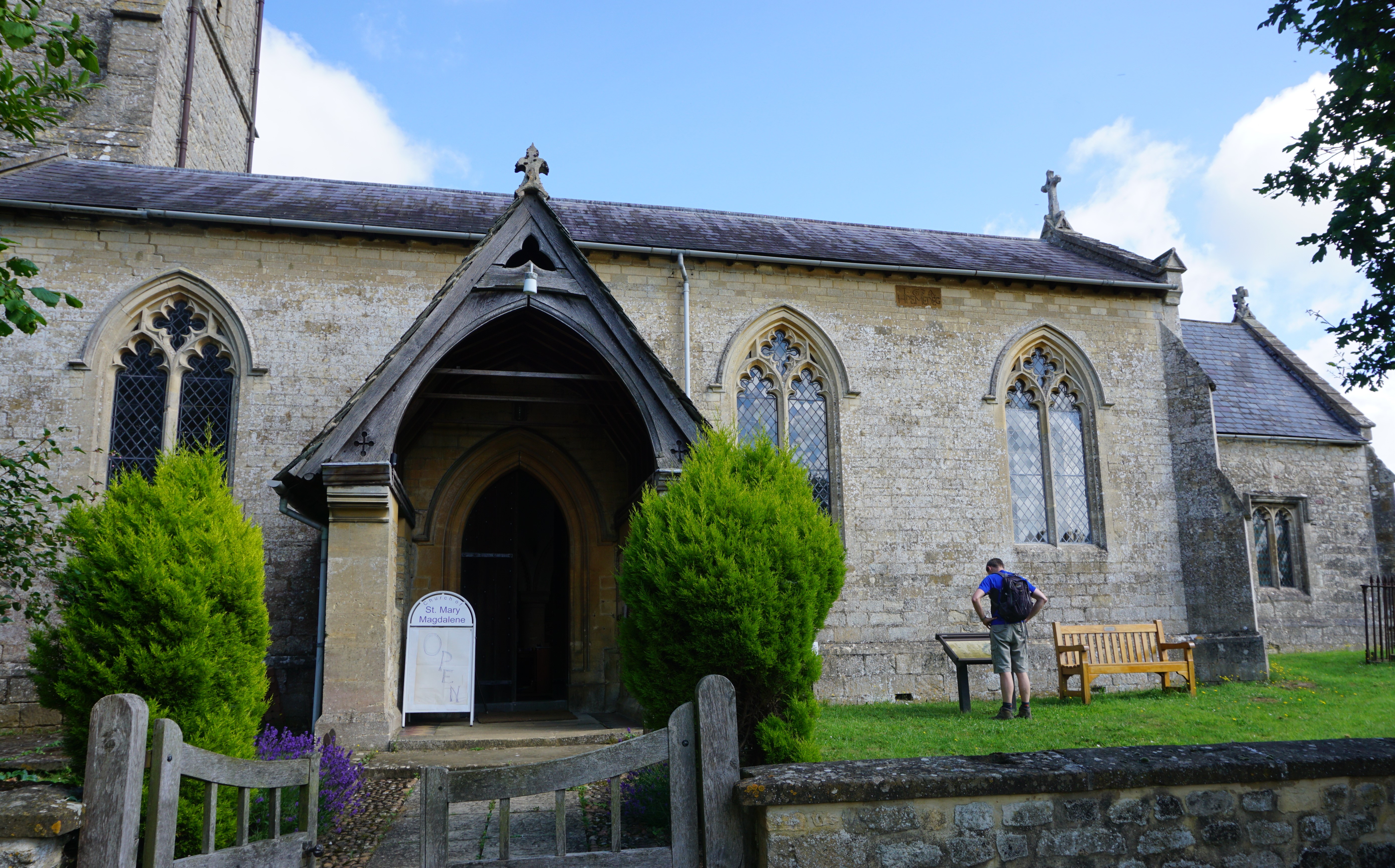 Inside we found a lovely man called Anthony who made us some drinks and explained the church’s history, including the oldest clock in Buckinghamshire. 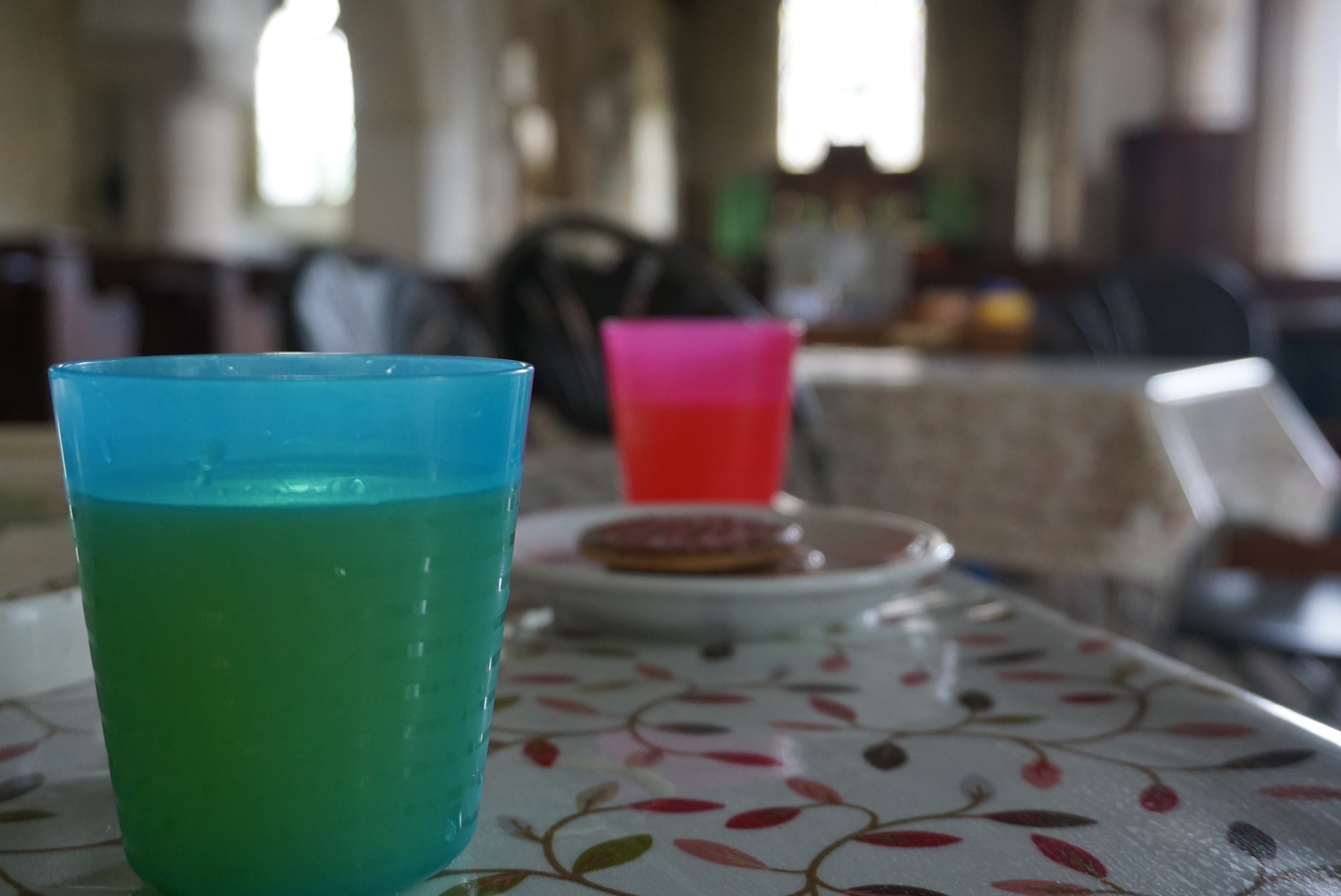 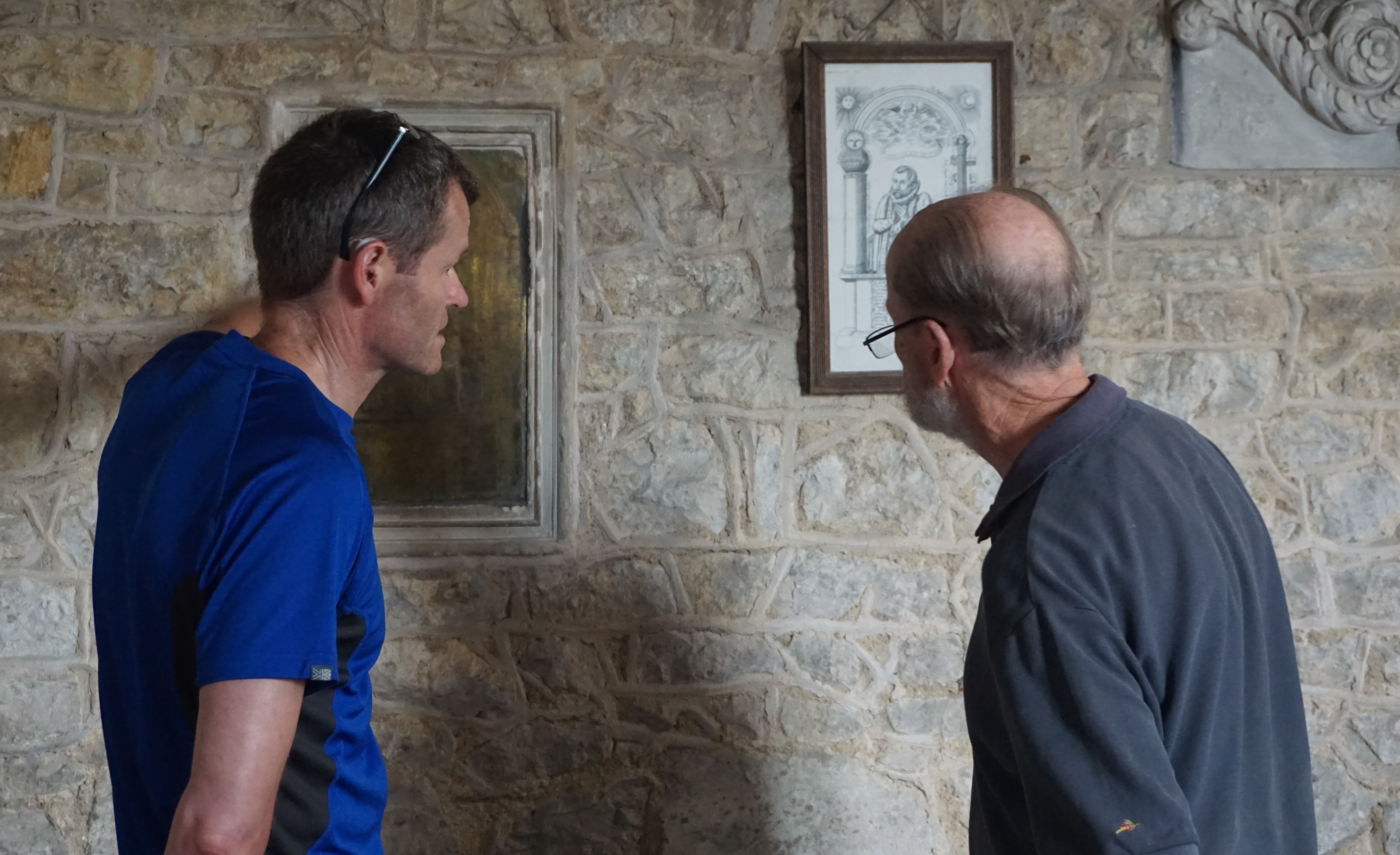 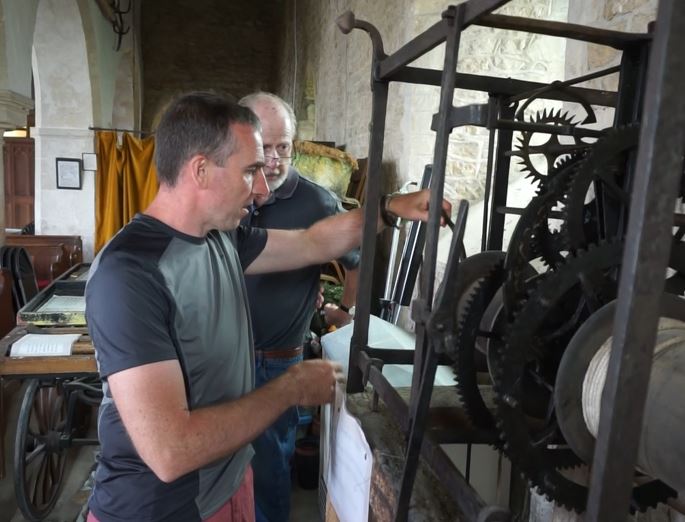 Anthony explained that, because he has Parkinson’s disease, he’s done two fundraising activities (a parachute jump and abseiling down the Spinnaker Tower), and is doing a third next spring (zip wire in Snowdonia).  “Gravity is my friend”, he said.

It was truly humbling to meet Anthony.  A complete chance, but that’s what makes 52 fun.

Mixbury, Oxon: Here we crossed the route for the new high speed railway line HS2.  I think I think I’m supportive of HS2 – it’s hard to be sure, isn’t it?  But later, I read that one of my charities The Woodland Trust feels that, right now, HS2 is the single biggest development threat ancient woodland.  Hm – life’s not straightforward, is it?

Mixbury also had another unlocked church for Sean to explore (All Saints): 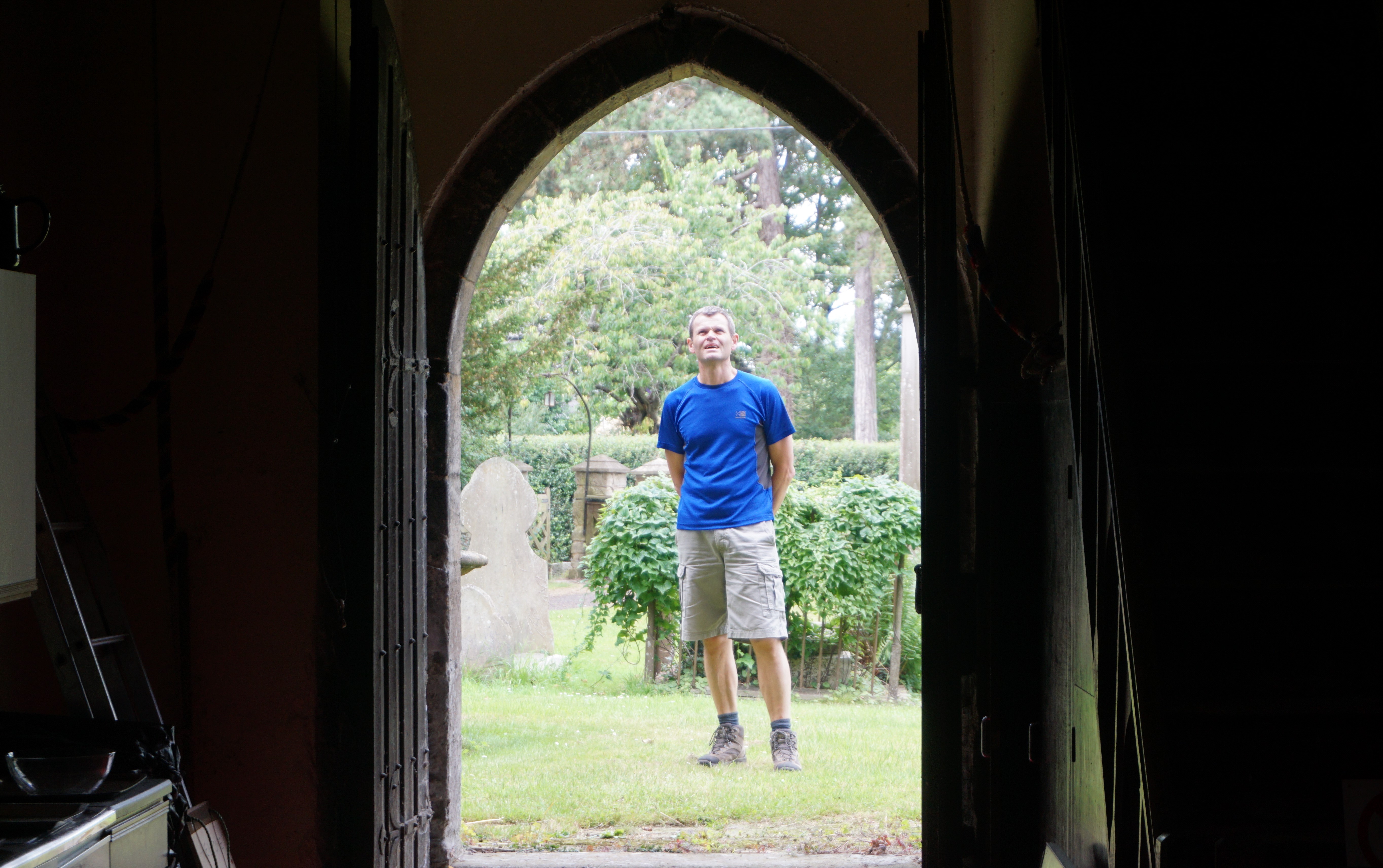 Croughton, Northants: Coming into view after lunch at the beautiful Red Lion in Evenley, was RAF Croughton.  This is a communications base operated by the US Air Force.  Several distinctive large “golf balls” are visible for miles around. 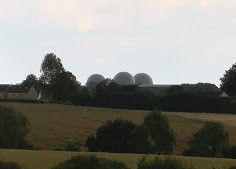 I’d hoped to be able to visit, but it wasn’t possible to get the necessary clearances in time.

So instead, I emailed their Public Affairs team and asked what makes them feel positive.  Here are some of the things they said:

“It’s important to get out in the community, serve/volunteer and meet new people.”

“I love the UK because of the diversity it brings.  The British people I have met love that I am from America and have welcomed me with open arms.”

“I take great pride in serving in the USAF.  I find it extremely special to serve and protect the UK as well.  I believe the bonds between the two nations are as strong as ever.”

Charlton, Northants: This is where Sean’s expertise came in.  We were coming to the edge of the oolitic limestone.  (I want to explain what I mean by that, but this update is already a bit long, so I’ll try and say more on this at the weekend.)

The limestone was formed during the Jurassic period between about 165 million and 200 million years ago.  Strange to think this shell impression has lain undisturbed for 165 million years until we pick it up today. 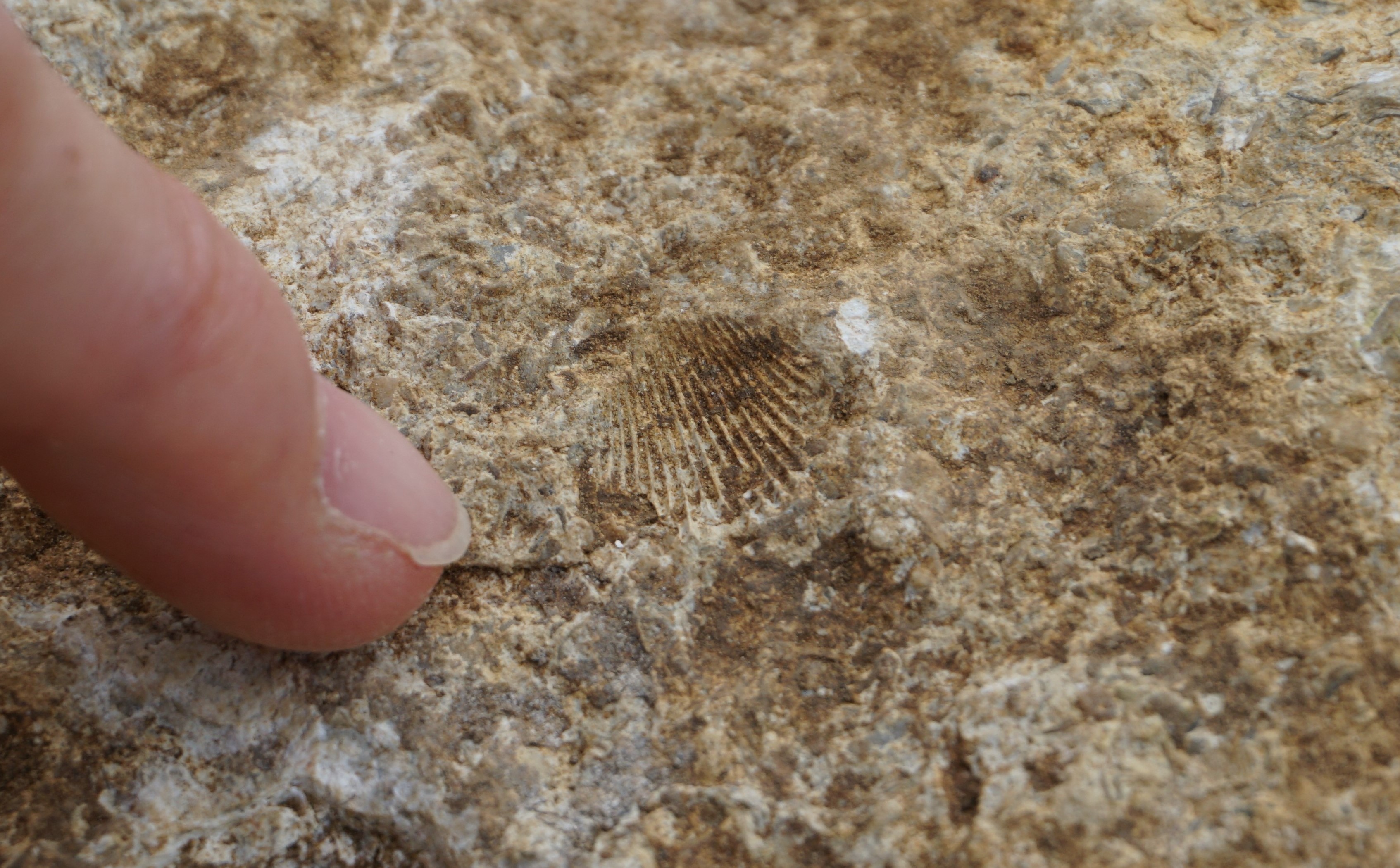 The walk’s final treat, and the reason Sean’s smiling at the top of the page, was our discovery of Rainsborough Camp, an Iron Art hill fort constructed over 2,500 years ago (nothing compared to the shell impression, but still a very long time ago).

Standing on the high limestone about the Cherwell valley, the fort was a great defensive position and had great views (again, see the top picture).

As I say, a little more on rock strata in a few days (hopefully).

Sean was catching a taxi back to Buckingham and I was staying in Home Farmhouse, in the last room available because of this weekend’s British Grand Prix at nearby Silverstone.

This was a delightful B&B and landlady Rosemary could not have been more accommodating. 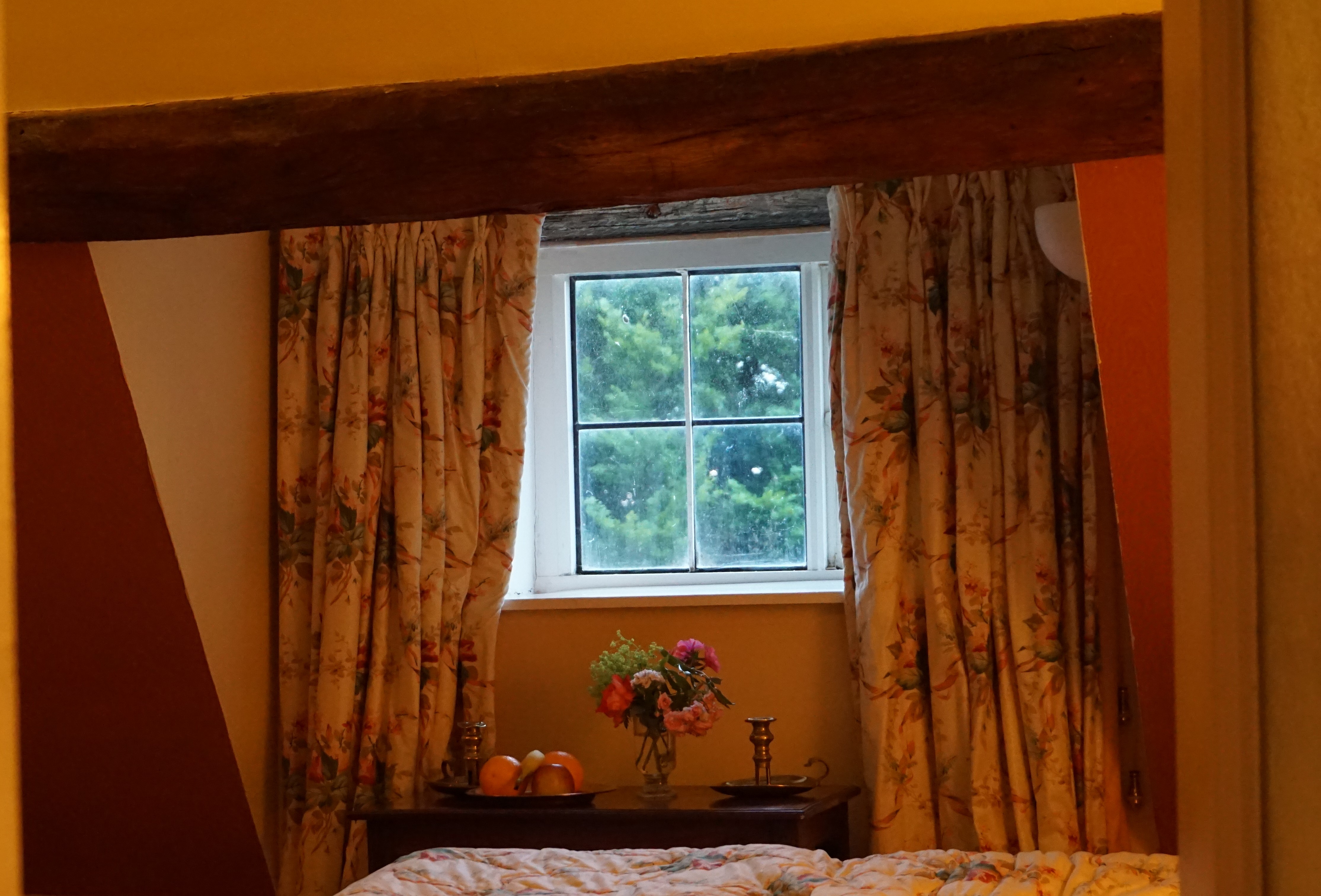 I felt inspired by the service of so many experts today: geologists, church historians, US air personnel and excellent landladies.