This was supposed to be a short final day of Week 4, but it turned out to be rather longer.

I went out before breakfast to find another of my whole number longitude intersections.

I found the exact intersection of 52°N 3°W, which turned out to be just a field and a half away from the Farmhouse where we were staying.

At the exact intersection was this old oak – you can also see it on the Google map image above: 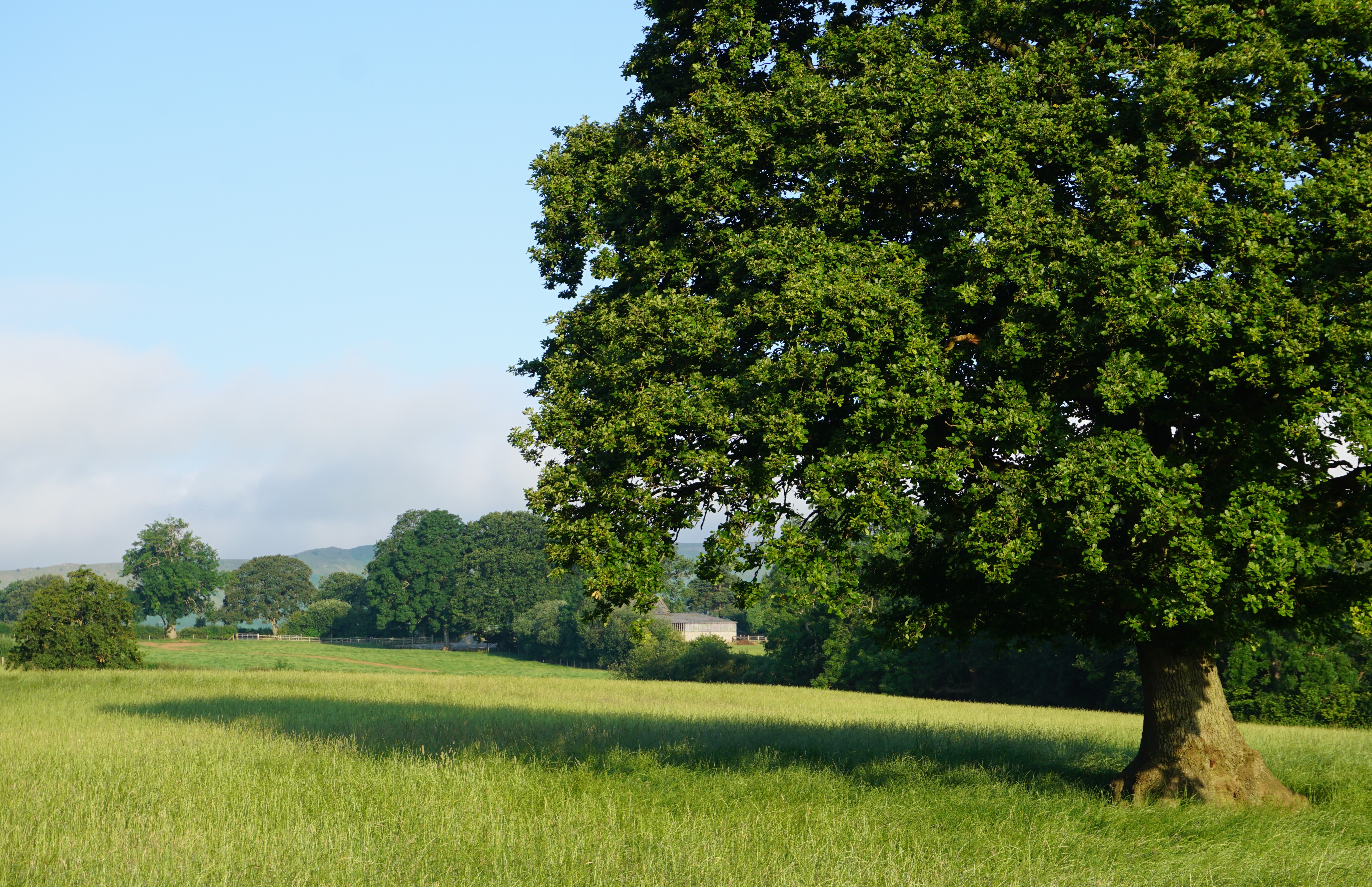 This oak, standing by itself in the middle of a field, at exactly 52°N 3°W, makes me think its planting must have been deliberate, i.e. whoever planted it knew this was a significant latitude and longitude.  It couldn’t be coincidence, could it?

If it was deliberate, I wonder if the person who planted it ever thought that one day, 100+ years later, a crazy walker would come by, take a picture and publish it globally?  Maybe it was just a bird dropping an acorn 🙂

This was the gorgeous morning view walking back across the field to the Farmhouse (Bridge Farmhouse is in the foreground in front of the church): 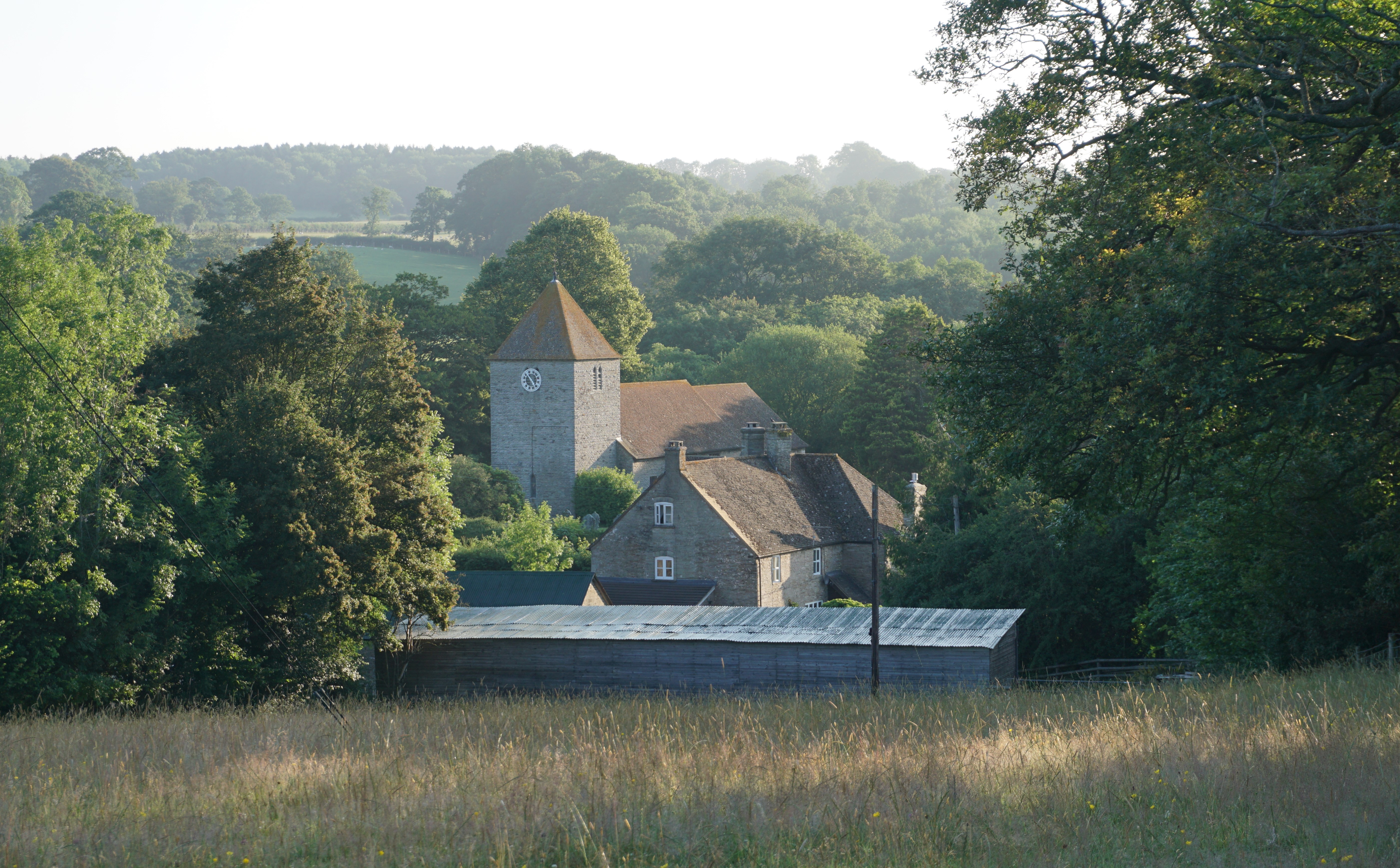 It’s a 17th century farmhouse, where Glyn offers B&B accommodation. alongside the Bridge Inn just down the lane.  It was another completely different overnight stay for me. 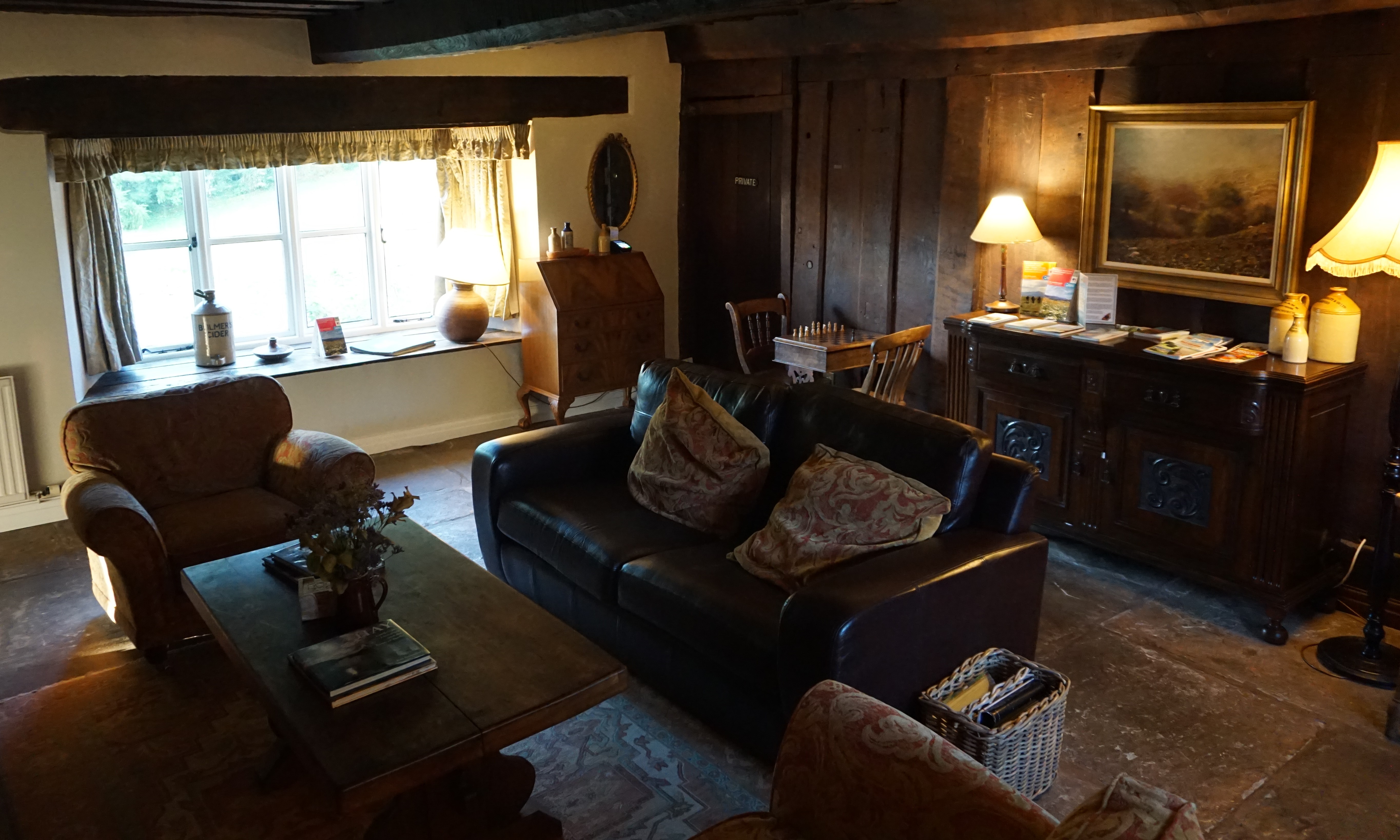 Accommodation on Week 4 has been so varied and wonderful, from the Beckford Inn, Brook House, Parkside, the Shepherd’s Hideaway to Bridge Farmhouse – all awesome.

Glyn and his colleague Bill cooked us a fabulous breakfast at this vast communal farmhouse table (we’re with a Cornish farming family going to the Royal Welsh Show): 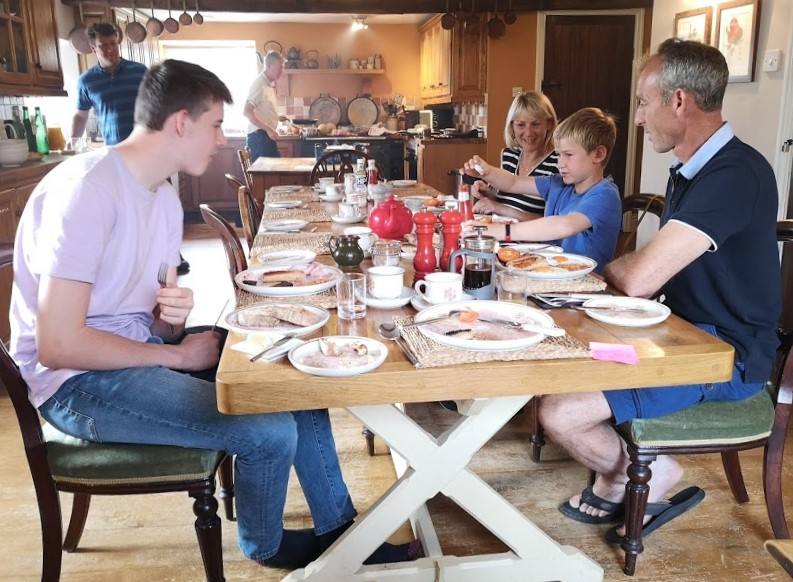 And before leaving, Glyn kindly let me use the landline in the office (on account of patchy mobile signal) to do a pre-recorded interview with BBC Hereford & Worcester’s Donna Alos (you can listen here – interview is at 46:30 to 51:00).

How amazing have the English BBC local radio stations been?  Suffolk, Essex, Three Counties, Oxford, Gloucester and Hereford & Worcester.  Thank you all ever so much for your support.  I think a story of positivity across Britain sort of epitomises what BBC local radio is all about, and they’ve really stepped up.  Thanks so much.  Now I need to contact BBC Wales.

So, the final day’s walk.  All we had to do was nip up to the summit of Black Hill, along a rocky knife edge known as the Cat’s Back, then north to Hay Bluff and down into Hay-on-Wye to get home to Wokingham.  What could be easier? 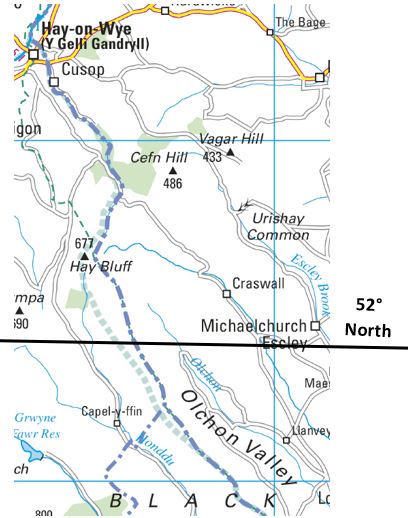 It started out fine.  Gorgeous paths and streams. 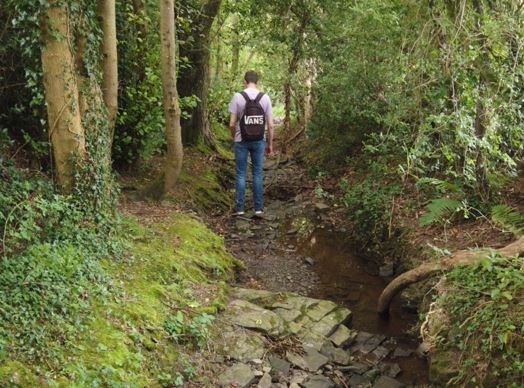 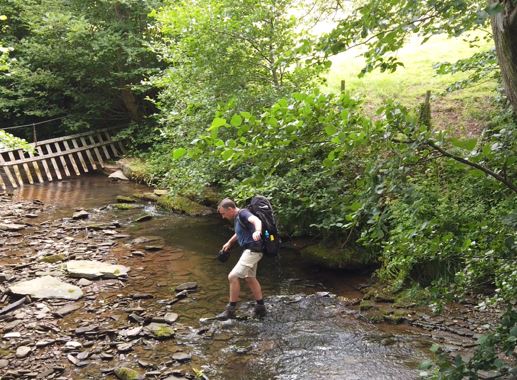 But then the contours started.  These were the first really significant contours on 52 to date.  And it was a hot day (although not as hot as Wednesday and Thursday turned out to be).

But we made it.  And the views, with perfect clear blue skies, were astonishing.  I’ve included quite a few of these views in the Week 4 Highlights Video, so I’ll tease you by not including any here.

Walking with my son, on top of the Black Mountains, listening to the broadcast interview with Donna on BBC H&W, followed by Robbie Williams, felt OK.  Maybe we were being watched over: by George & Fanny, by Jess & Howard (watch the Week 4 Video), by Heather, who knows, maybe even by Aslan himself?

Adam & I did some drone filming, had a bit of an argument, but eventually made up and walked down into Hay-on-Wye for a taxi to Hereford and a train back to Reading and Wokingham.  I’ve then spent all of Wednesday and Thursday doing the Week 4 Video edit and writing these last five daily updates which lack of WiFi prevented me doing on time.

This was a really wonderful conclusion to the English part of 52, with two weeks in Wales still to come.

It all starts again on Sunday 28 July, and I can’t wait to get into Wales!

Thanks so much as ever, everyone, for your supportive feedback – it means a huge amount.