All I had to do today was get to the bus stop in time to meet Adam.

Home from the trip to Copenhagen with his sisters, my son had kindly said he’d join me for the last night of Week 4, to help me do some drone filming on the Black Mountains.

He was catching the train to Hereford, then the bus to Vowchurch, where I would meet him.  But, as you can see from the map below, Vowchurch is some distance from Aconbury. 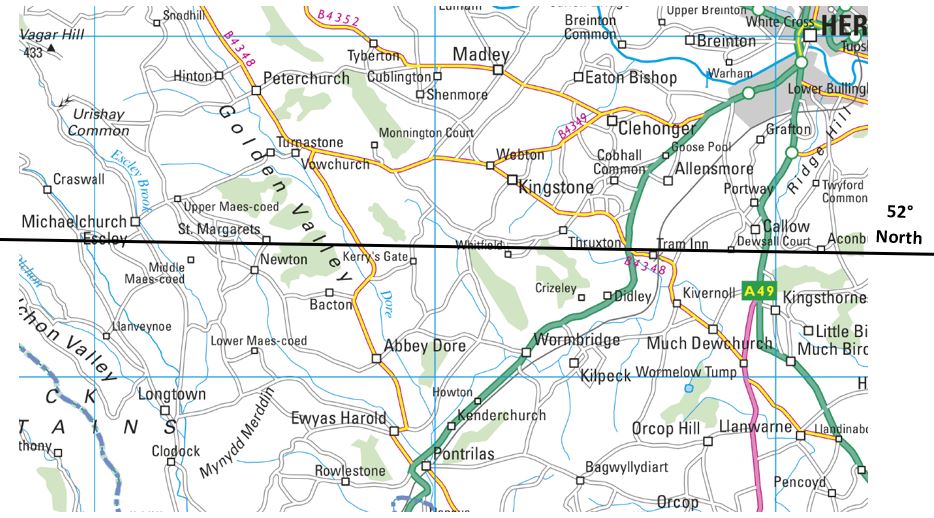 But I made good progress first thing so I had a little break in the very peaceful St Bartholomew’s Church in the tiny village of Thruxton. 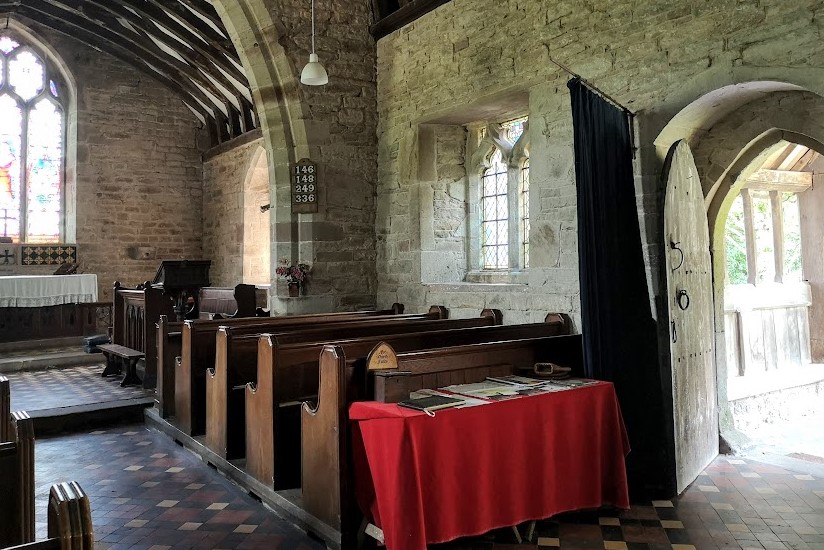 Walking on, I was mesmerised by the looming Black Mountains.  Three kilometres after Thruxton, I reached for my camera, only to realise I didn’t have it.  I’d left it on a pew.

After a yomp back to the church, I eventually got a picture of the Mountains, but now I was running late for Adam. 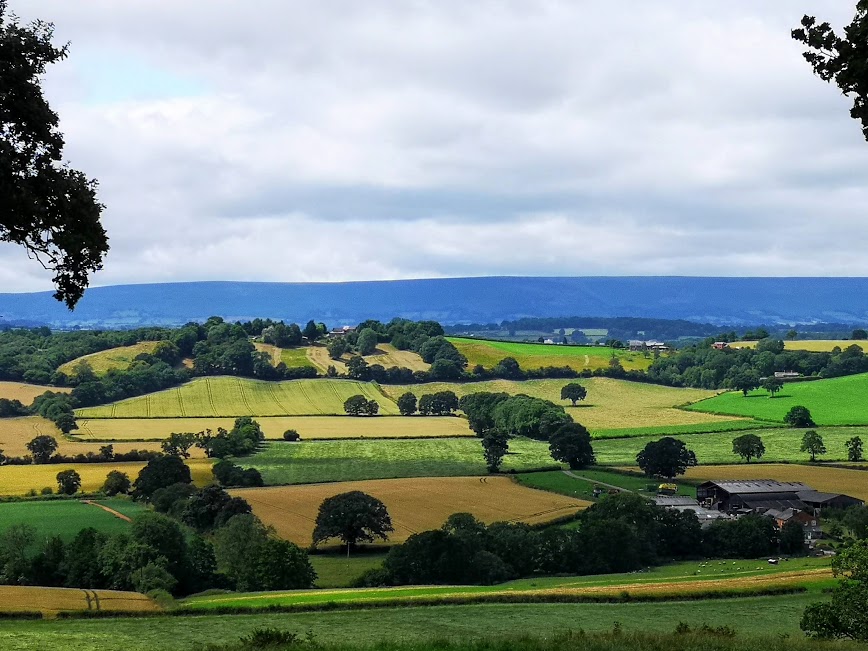 So, the beautiful countryside rather passed me by as I pressed on to the bus stop.  Of course, everything was fine.  I got to the stop in time, and Adam arrived safely. 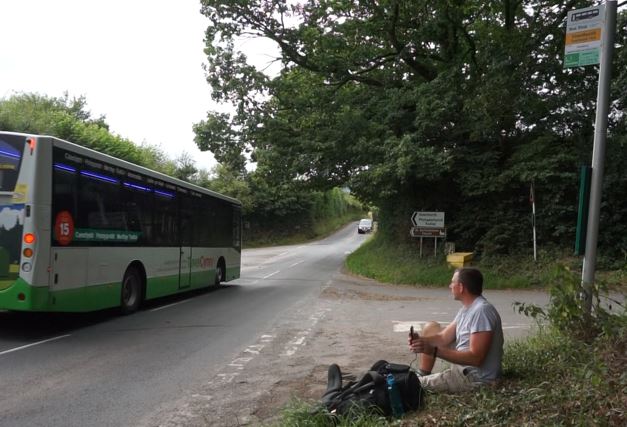 We took our time walking from Vowchurch to our overnight stay in Michaelchurch Escley, partly because I was exhausted (the bag wasn’t getting any lighter), but also because we were savouring this part of Herefordshire, known as Golden Valley (see the map above), across the River Dore. 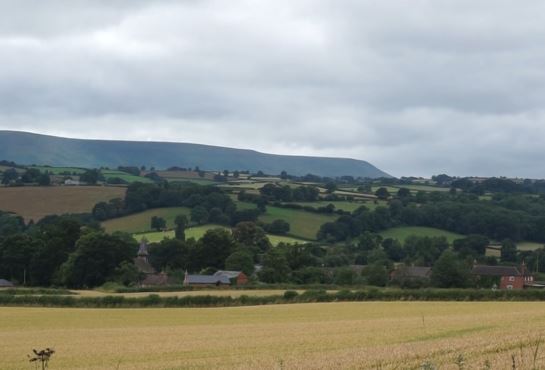 As a child, the writer C.S. Lewis had a painting of the Golden Valley in his nursery and he thought it was heaven.  It may even have inspired his imaginary world of Narnia.  I kept a look out for Aslan, just in case.

Arriving tired at Michaelchurch Escley, we had a gorgeous meal at The Bridge Inn before retiring to the amazing Bridge Farmhouse to sleep – but more on that tomorrow. 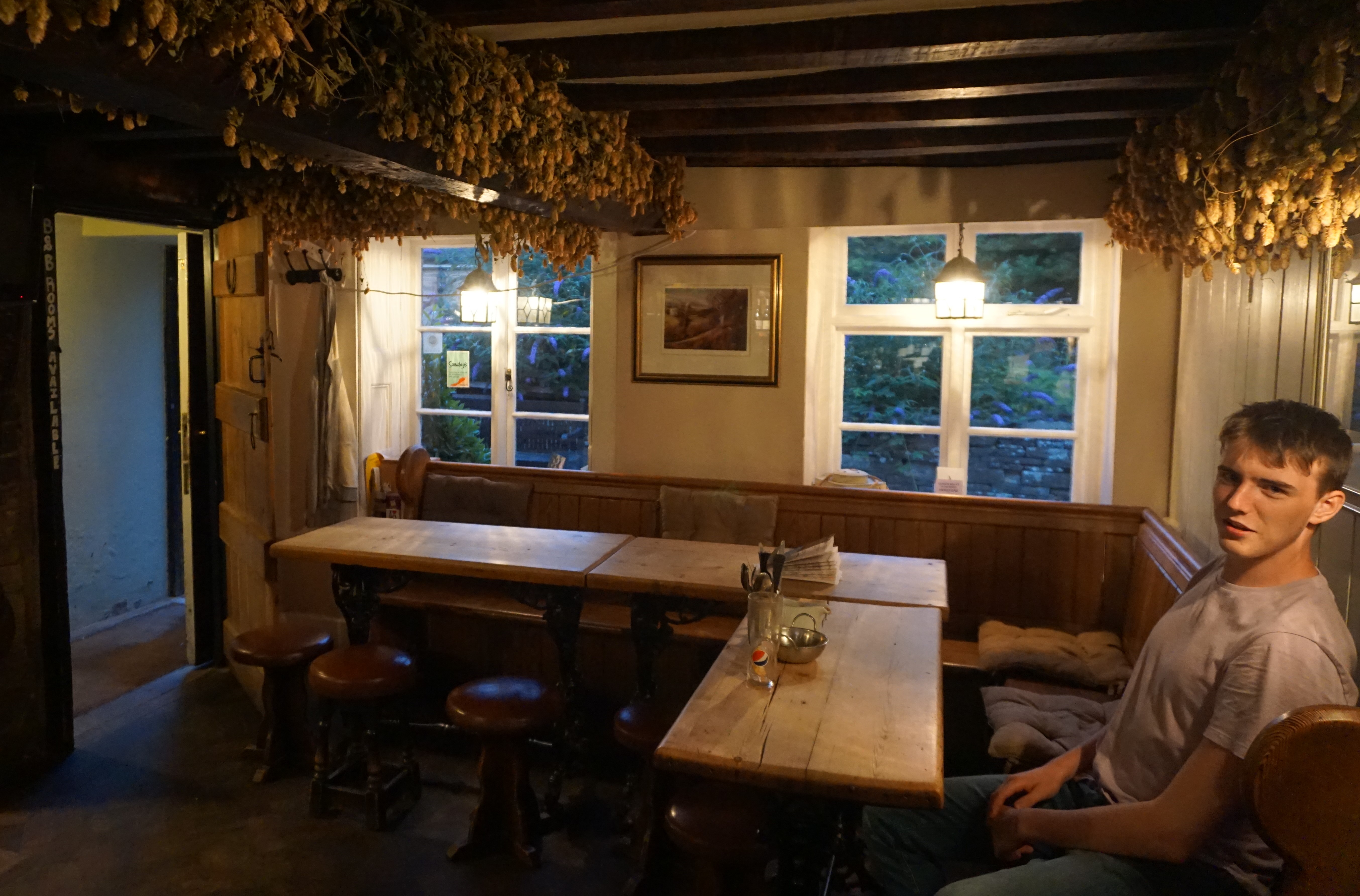