Life is so mixed up.

Sunday was a lovely day, with great company in beautiful countryside: read on for more. 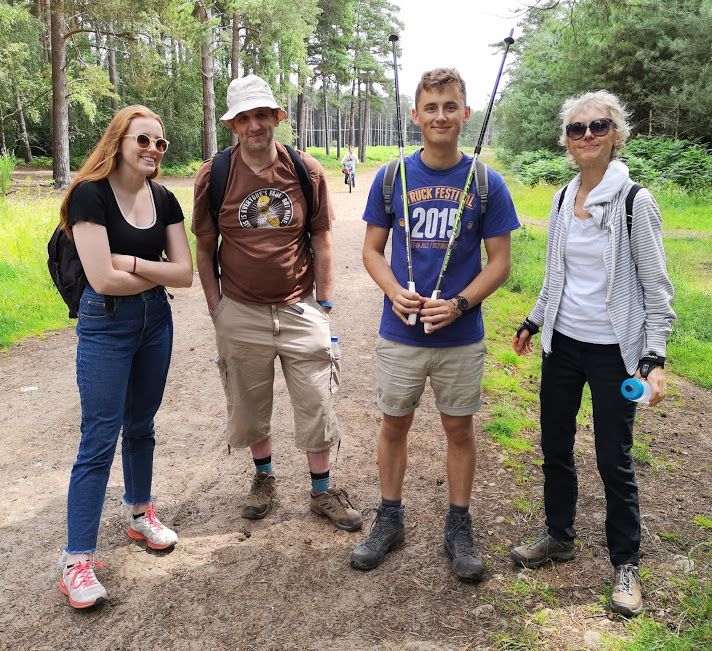 But underlying everything was the knowledge that so many Wokingham families were hurting after the tragic loss of Luke on holiday (see Wednesday’s update).  More widely, many, many families were remembering loved ones killed 14 years ago in the London bombings.  I knew that this loss would still feel fresh for many, despite the intervening years.

And looking further back, to 1952 (seeing as this walk’s all about 52), I was reflecting how cruel it was for national hero Alan Turing to be convicted of gross indecency, leading (many believe) to his suicide in 1954 at the age of 41.

Alan was actually on my mind for two completely separate reasons: again read on.

Wind back to Sunday morning and that lovely company I mentioned.

After a great breakfast at The Firs Guest House, David & I walked west to Husborne Crawley (see the right hand side of the map below).

David’s so good to walk with.  Not only is he incredibly interesting, but also very wise. 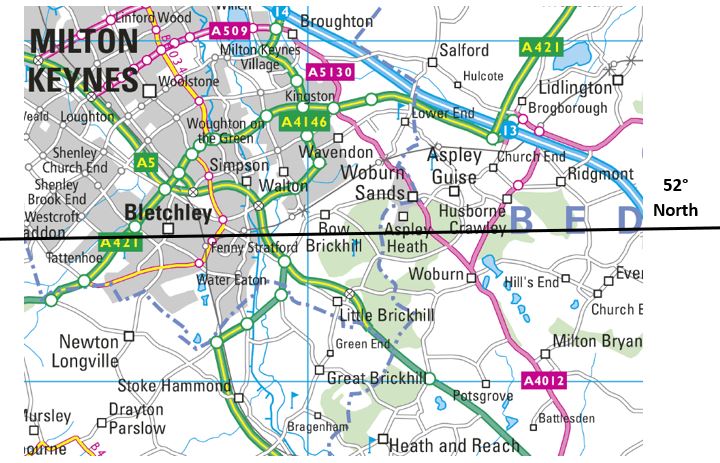 Husborne was the meeting place for the three other walkers pictured above.  Daughter Katherine back again (she just can’t get enough of 52!), plus her boyfriend Kester (also studying Geography at Bristol University), and Kester’s mum Katie.  It was a lovely group.

The terrain was unlike anything I’d seen since starting the walk nearly two weeks ago.  We were now on the Greensand Ridge going through the rich woodlands of Aspley Heath. 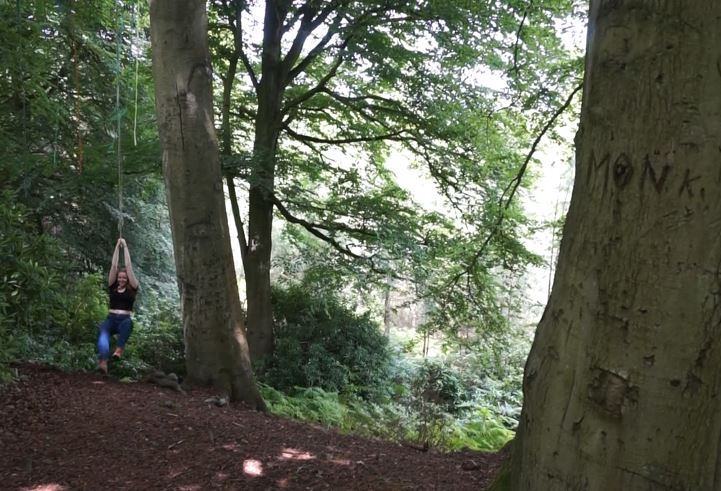 Emerging from the Heath, we had a great view over Milton Keynes – which I never knew was so green! 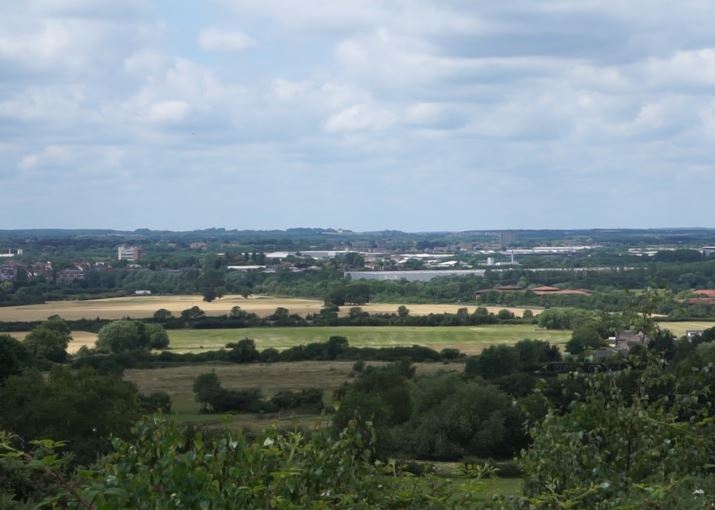 Milton Keynes and I share a birthyear.  It was in 1967 that plans for a new town were given the go-ahead, turning a quiet village into a vast development, now used as a model for cities across the world.  So Milton Keynes (the new town) is 52 this year – how appropriate!

It was lovely to chat with Katie on the walk and get better acquainted.  I was struck, though, by how serious we three parents seemed compared to the two youngsters, tripping each other up and laughing.  Wouldn’t it be great to always feel 21?

After David left the group to catch a train home to Devon, we walked on to Bletchley (in the southern part of Milton Keynes) for an appointment at today’s amazing place.

Bletchley Park is well known as the top-secret home of the WWII codebreakers, but I was headed for a separate attraction there: The National Museum of Computing (TNMOC). 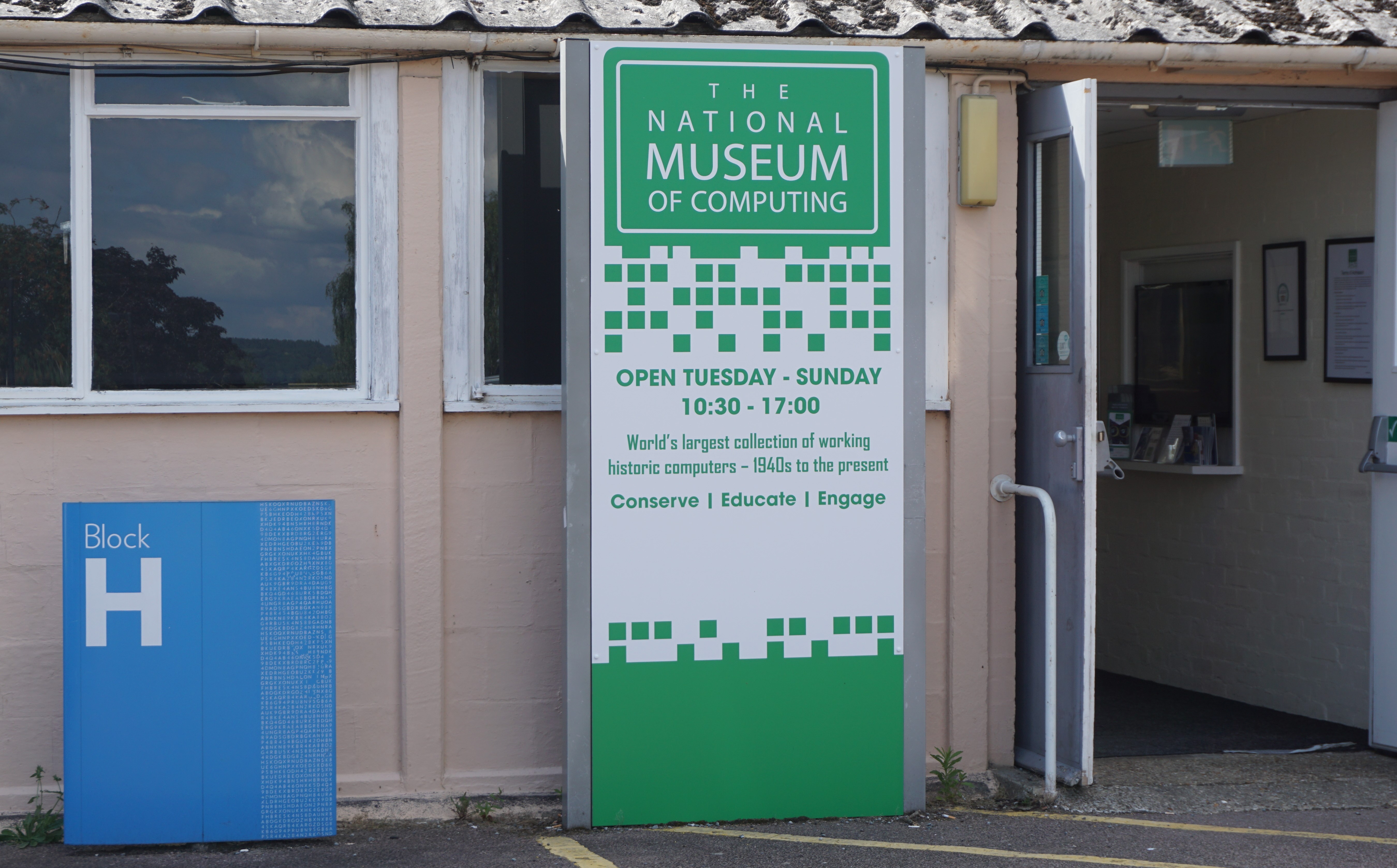 TNMOC has the world’s largest collection of working historic computers, starting with the wartime Bombe and Colossus machines.

This was the first reason Alan Turing was on my mind.  John Pickles at the museum kindly explained how Turing was instrumental in designing the incredibly complicated Bombe decoding machine, used to decipher secret German messages encoded with Enigma. 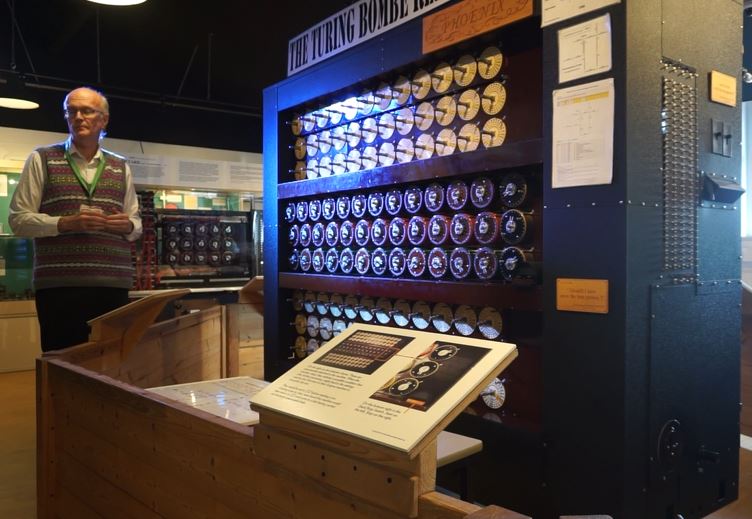 When the Germans introduced the even more sophisticated Lorenz cipher (for sending ultra secret long messages within German high command), the confidence built by Turing and others in cracking Enigma, plus some critical new ideas from Tommy Flowers and his team, led to the development of Colossus. 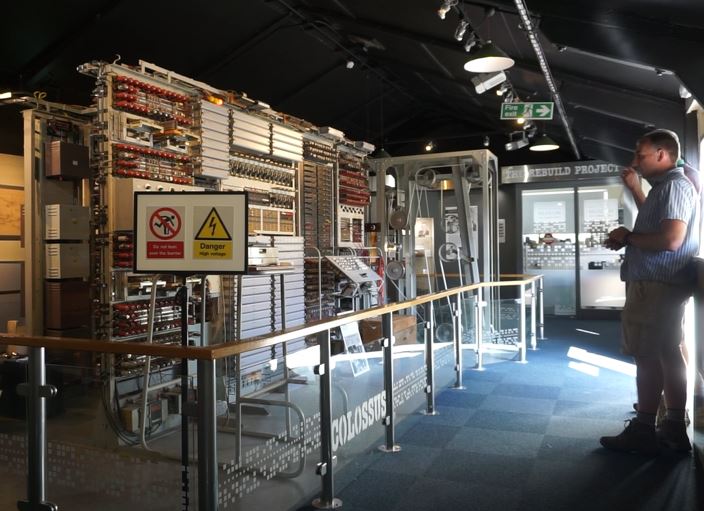 Colossus was the world’s first programmable digital electronic computer.  It’s not unreasonable to say that the phones we spend our lives on today, originate (in part at least) from the incredible machines here at Bletchley.

So this was today’s piece of hope discovered on 52.  Out of wartime adversity, ideas generated by the sheer brain power and determination of Turing and others, have fundamentally transformed all our lives today.

The second reason Alan was on my mind was due to another transformation that’s happened since the war.  In the early hours of Sunday morning, I’d seen the picture below taken at Saturday’s Pride in London Parade, and posted on Facebook by my sister Eleanor. 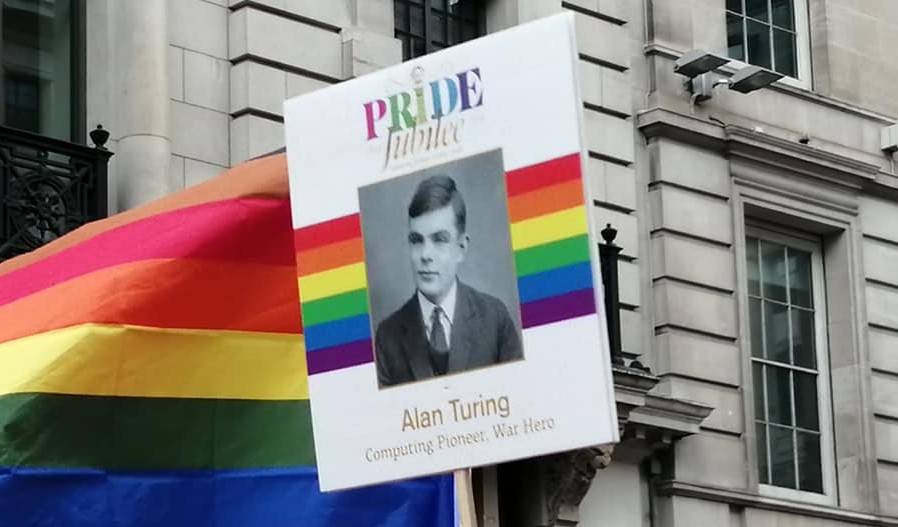 Alan appeared on a Parade banner because he was a gay man, spurned by society at the time, despite playing a huge role in the winning the war and inventing the computer.

How society has changed in 70 years: in February this year, in the BBC Icons show, Alan was voted the greatest person of the 20th century.

Eleanor had attended the Parade, together with an estimated 1.5 million others.  I was so proud that her youngest child Ash marched on Saturday, with confidence and with pride.

What a great source of hope this is that things can change for the better (albeit much too slowly sometimes).

Despite life being mixed up, there is hope.

Week 3 of the 52°N walk starts on Wednesday 10 July.  But before signing off, I just wanted to say thank you so much to everyone who’s given me such supportive feedback on these daily updates and the Week 1 highlights video.  It really means a great deal – thank you.

I’ve not got on very well with my list of 24 interesting topics from Thursday’s update, partly because I’m fearful of these blogs becoming much too long and boring.  If you’d like to vote for any of the 24 topics I listed, let me know, and I’ll try to include it in a future update.