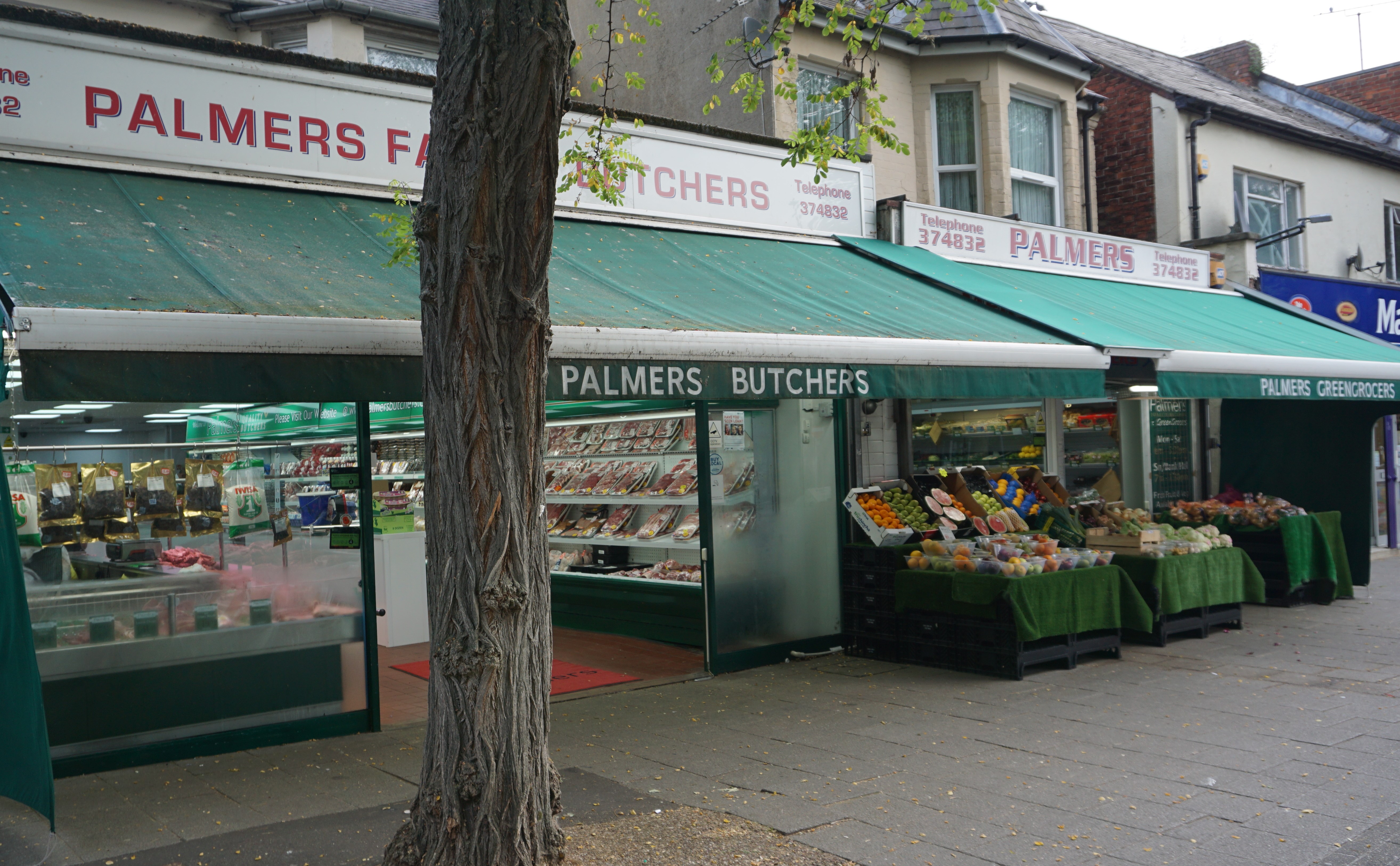 Paper bag of nectarines sorted.  This was the start of another big day.  Go with me, and we’ll try and get it done as quickly as possible 🙂

South Milton Keynes was the most urban section of 52.  (I skirted the south of Ipswich two weeks ago but didn’t really get anywhere near the city centre.) 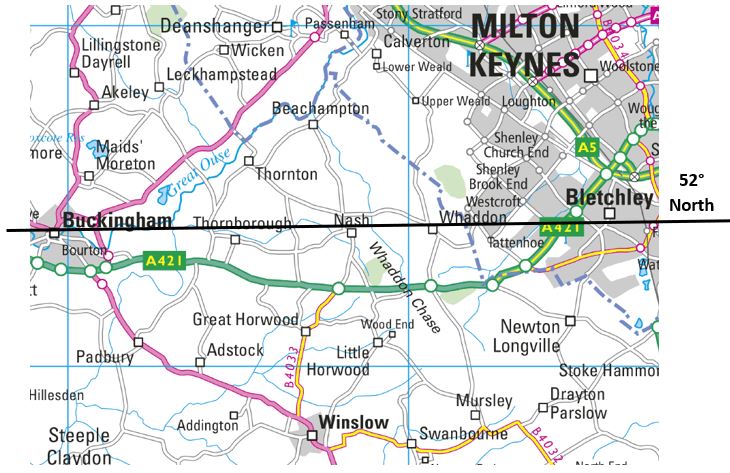 After two weeks in rural counties, being in the suburbs felt odd.  I was here from around 07:30 onwards, just as folk were leaving home and getting in their cars to go to work, like countless other people up and down the land.

It struck me that the vast majority of us now live in large conurbations like this.  Perhaps too many?  And could the trend of urbanisation ever be reversed anyway?  Er, don’t know.  Ask me an easier question.

Just as I was worrying about too many of us townies being disconnected from nature, my view changed 180° when I stumbled across this: 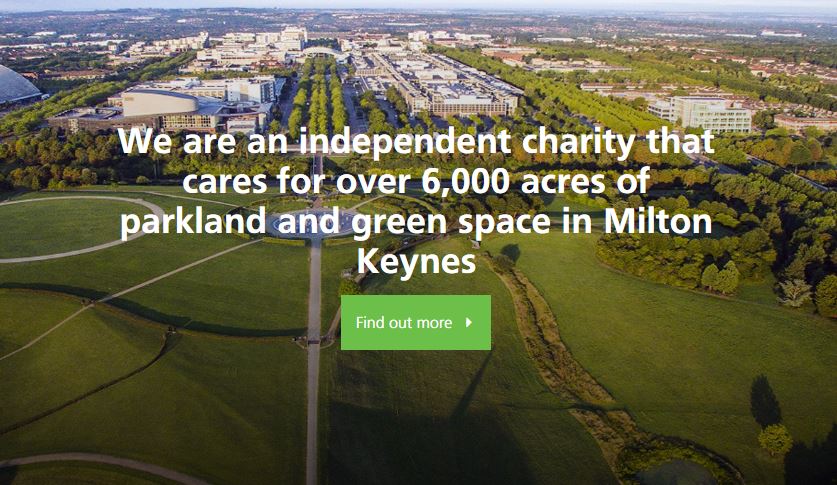 This sounded really exciting, so I phoned Emma in The Parks Trust’s Marketing team.  Emma explained how managing MK’s woodlands and parks under an independent trust protects the town’s green spaces from local authority funding pressures.

Richard: “If it’s such a good model, why is MK unique?  Why isn’t everywhere doing it?”

Emma: “They’re trying.  Newcastle announced recently and was in the news.”

I looked this up and, sure enough, three months ago Newcastle became the first major UK city to hand over its parks and allotments to an independent charitable trust that will sustain its treasured parks for future generations. 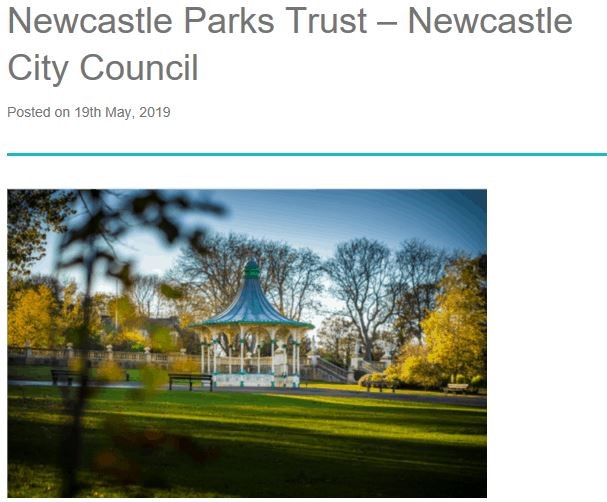 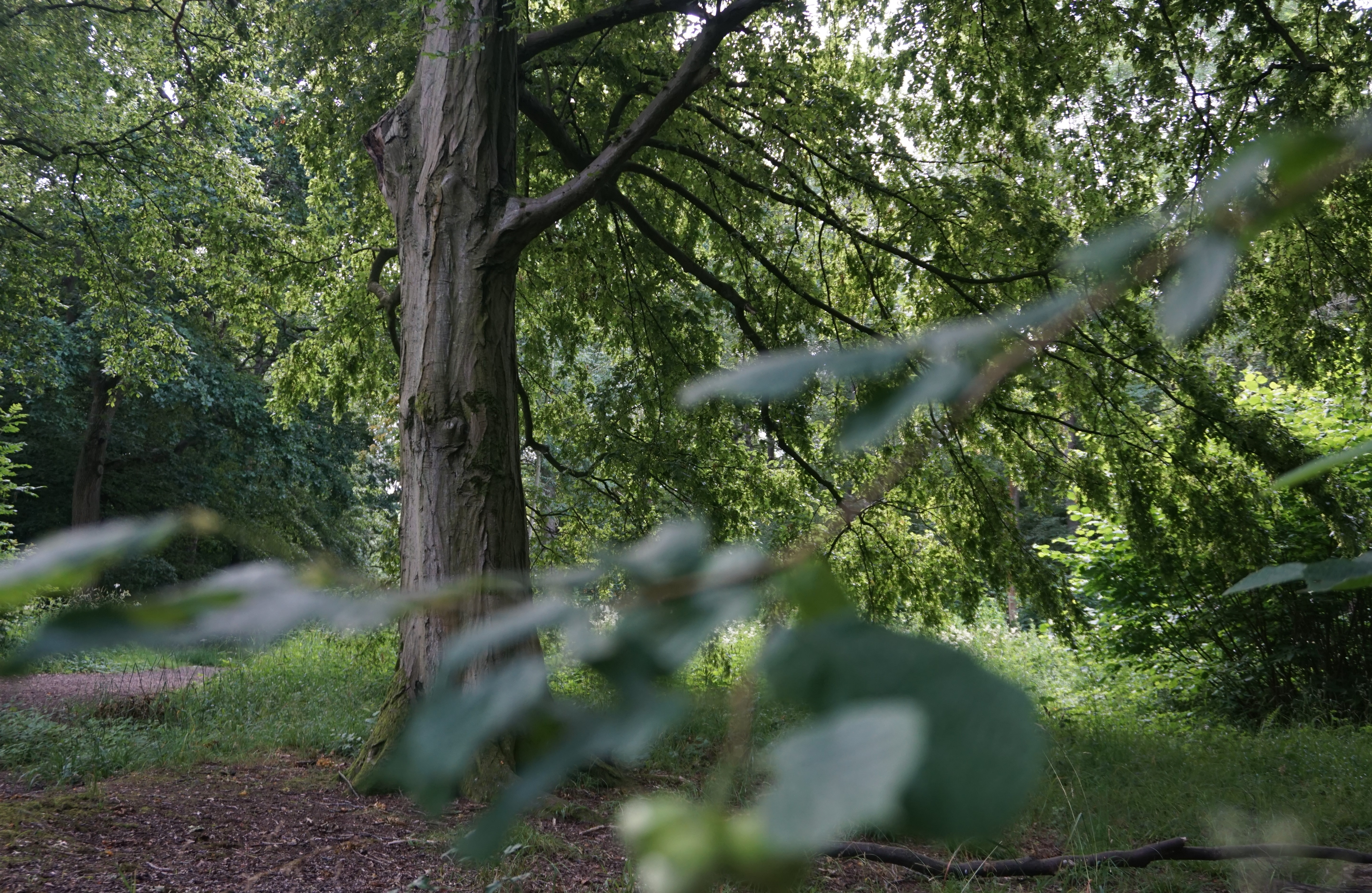 52°N goes right through the middle of the lovely town of Buckingham and, as I was walking towards it, Beth Thornton in the University of Buckingham Marketing team texted to say she’d set up a meeting for 16:00.  So I needed to get a wiggle on.

Sheep country now  – no longer the unbroken arable of the earlier counties.

Just after Thornborough, and needing water, I stopped at Twig Nurseries – fabulous place run by Lloyd and his wife. 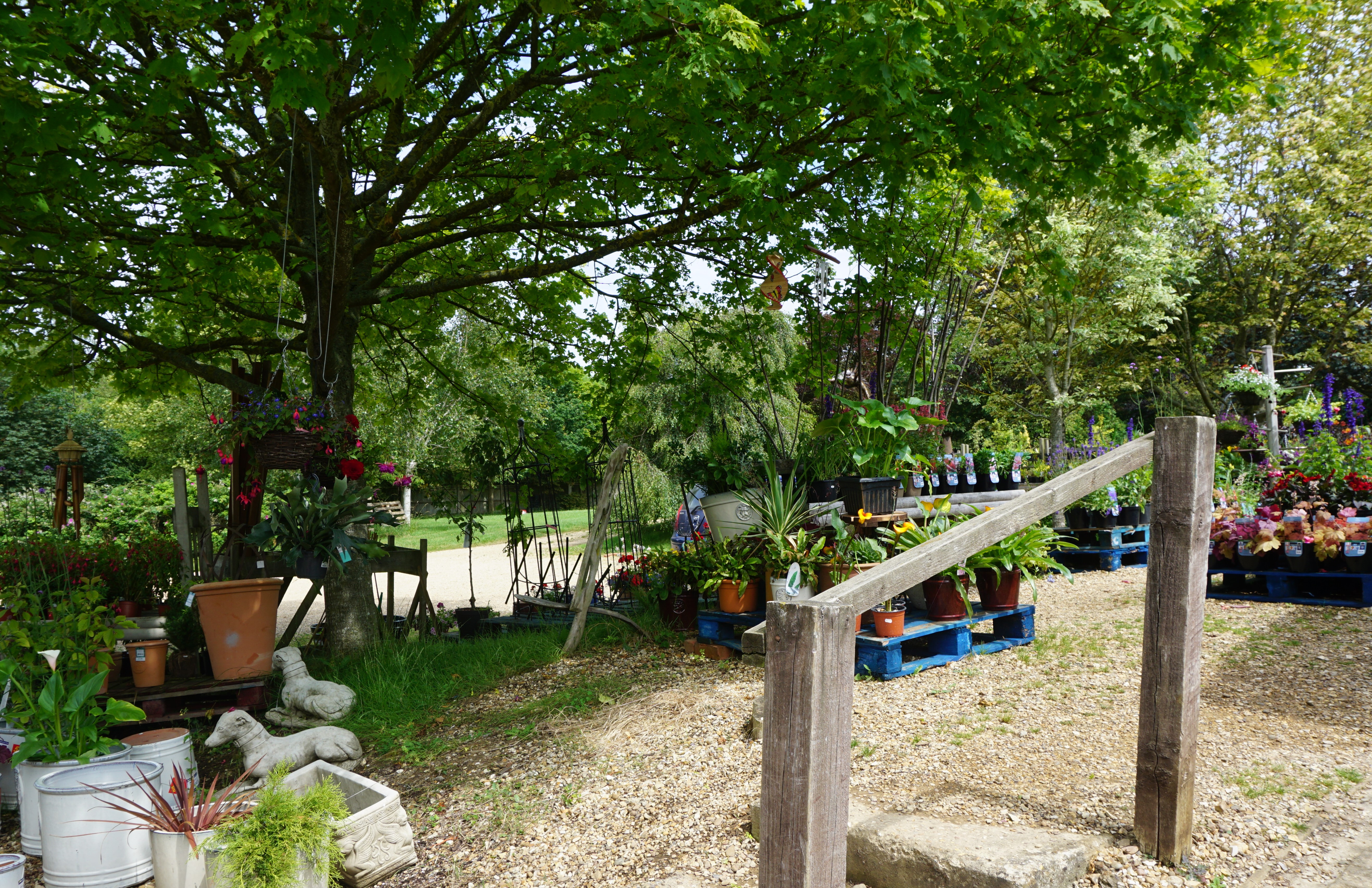 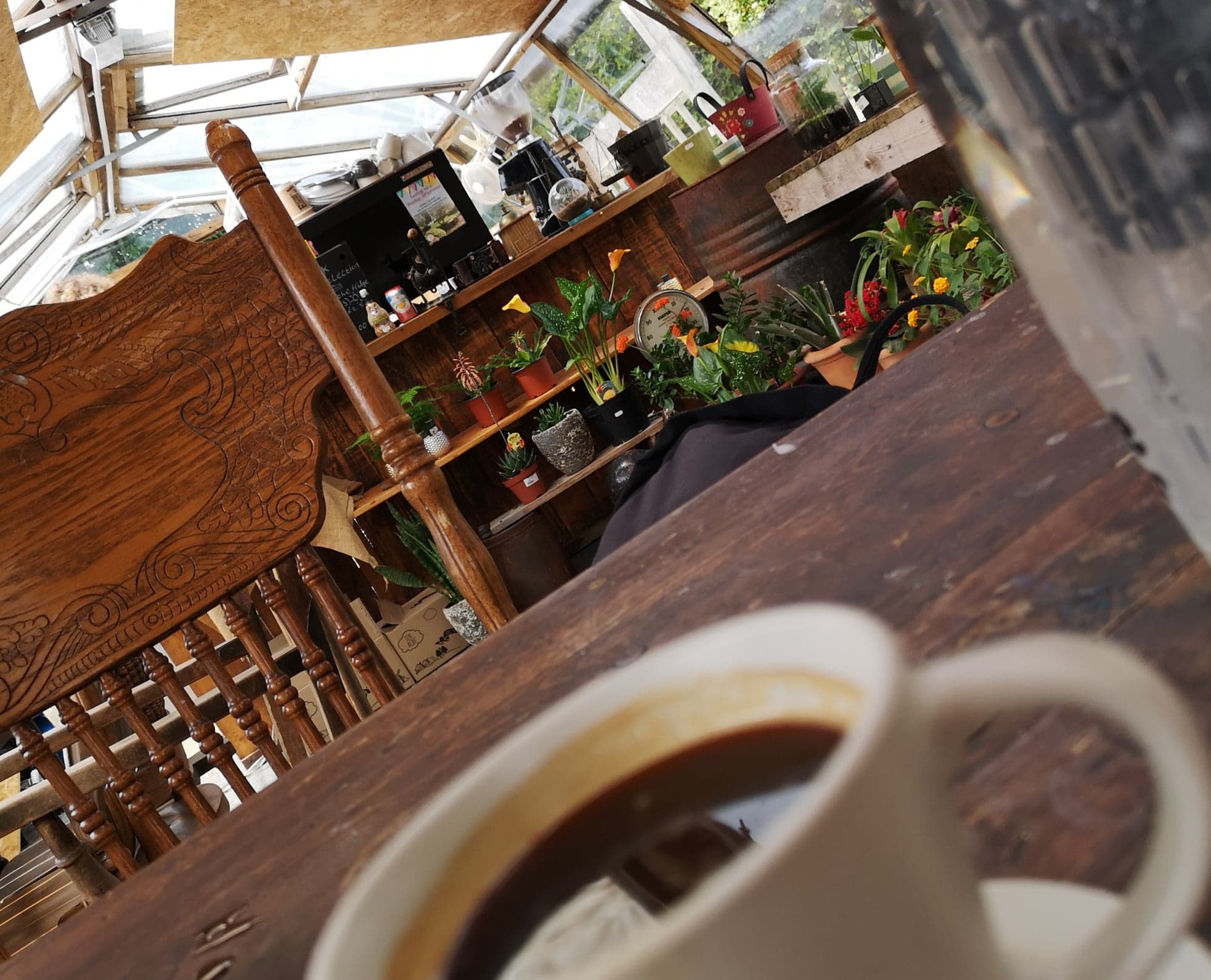 This was also the last known sighting of my trusty infuser water bottle (see top right of the picture above) – I think I might have left it at Twigs.

Lloyd kindly showed me a shortcut through his fields to get the best view of the circa 700-year-old Grade I listed Thornborough Bridge.  Note the limestone construction – more on that theme tomorrow. 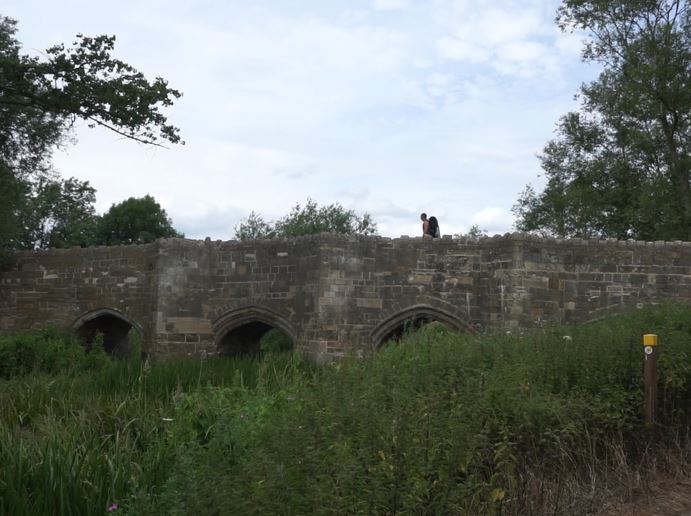 Over the last few months, I’ve been doing some work with ITM on the pensions dashboard initiative – if you want to know what that’s all about, see my other blog at dashboardideas.co.uk, but only if you’re having trouble sleeping 🙂

Anyway, one of the ITM Directors (Matt Dodds) mentioned the 52°N walk to his mum Christine.  And because Christine lives in Winslow, just six miles south of Buckingham, she thought she’d come along and support me with the final stage of today’s walk and show me around the town.  How lovely! 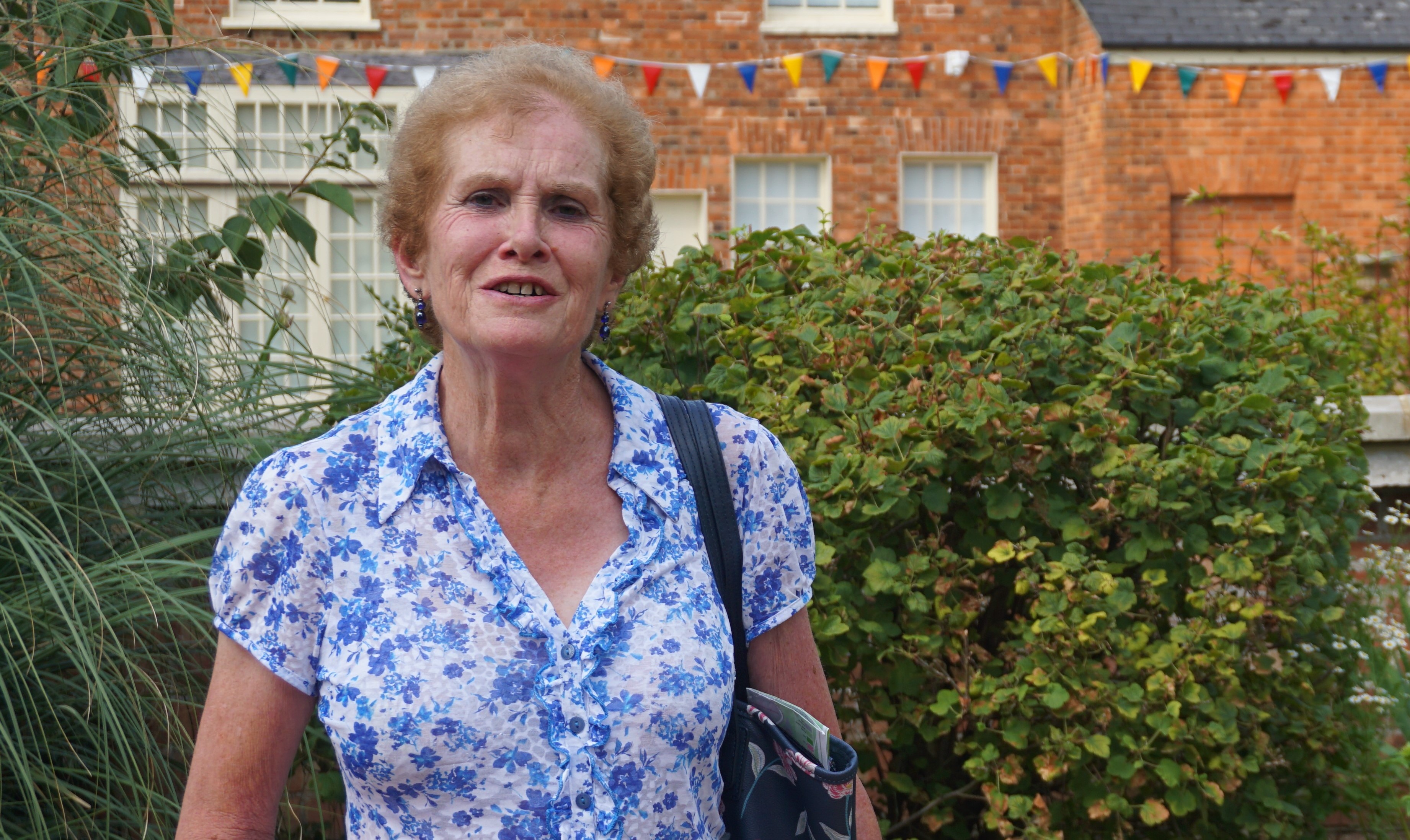 There was another connection too.  28 years ago, Christine’s husband Robert died of cancer at the age of 42, leaving Christine to support and bring up three young children.

While every family is different, there were obviously parallels with my own story.  Having a cup of tea with Christine, it was inspiring for me to witness how resilient she has been on her own, with the family, and now in retirement.  I definitely found some hope here.

But it wasn’t at all surprising for me to hear that, 28 years on, she still thinks about Robert.

So what about that meeting at the University?  Beth had fixed up for me to meet with Kate Young (Student Adviser), Sarah McDonald (Disability Officer) and Callum Roberts (Students Union Manager).  We had a lovely chat sitting outside the University’s Vinson Building. 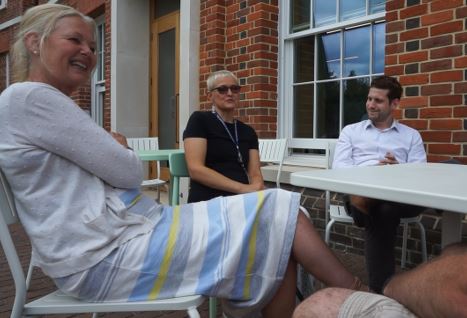 I’d already read about Buckingham’s incredible rankings, but what I didn’t know was just how seriously the University takes the support and wellbeing of their students, especially those who may have additional needs.  Just a couple of examples:

1. Following the example of Monterrey’s TecMilenio University in Mexico, Buckingham has become the first in Europe to become a “Positive University” (hang on! – isn’t finding positivity what this whole walk across Britain is supposed to be about?).

In response to increasing student mental health problems, senior staff have adopted the approach of positive psychology and implemented a 10-point programme to make it real.  Read more here.

2. You’re going to love this one: the University keeps two “therapy dogs”.   Darcie and Tanlaw Millie (or just Millie), both cockerpoos, have been brought in to help students tackle mental health issues after a number of studies showed stroking and playing will pets helps with stress.  Read more about the dogs in this HuffPost article. 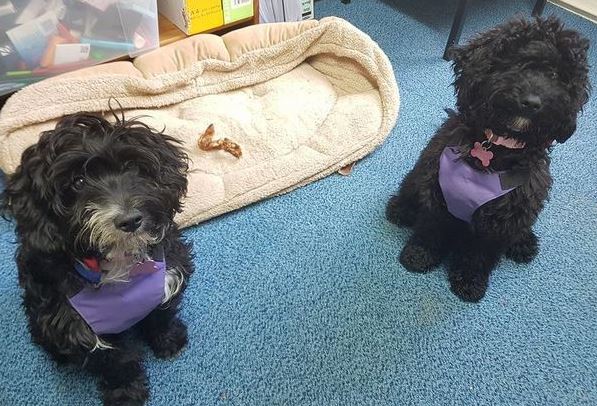 I felt very welcome at Buckingham and it was a really great chat with Kate, Sarah & Callum.

After a look around the campus, Christine went home to Winslow and I checked into the White Hart Hotel.  Then, to round off the day in style, I nipped to the Radcliffe Centre (a converted church) for this evening’s concert in the week-long Buckingham Summer Festival, featuring music by Vivaldi and Cavalli.  Over a glass of wine too.  Sublime! 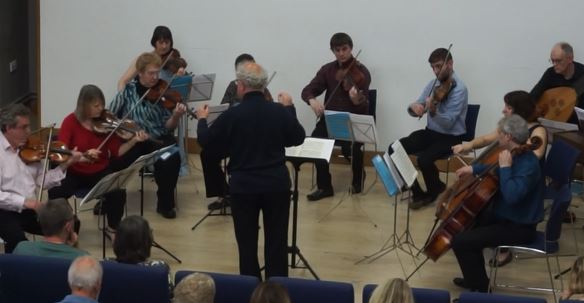 Today was too busy for much reflection on here.  Maybe more tomorrow?  Night all x