Rye Street to Much Marcle

Wokingham friends Cath & Darren and Anna & Steve had got up early to meet me at 08:00 at Mary’s B&B so that Darren and Steve could walk with me into Herefordshire.  Cath and Anna explored Ledbury and Ross (very sensible ladies). 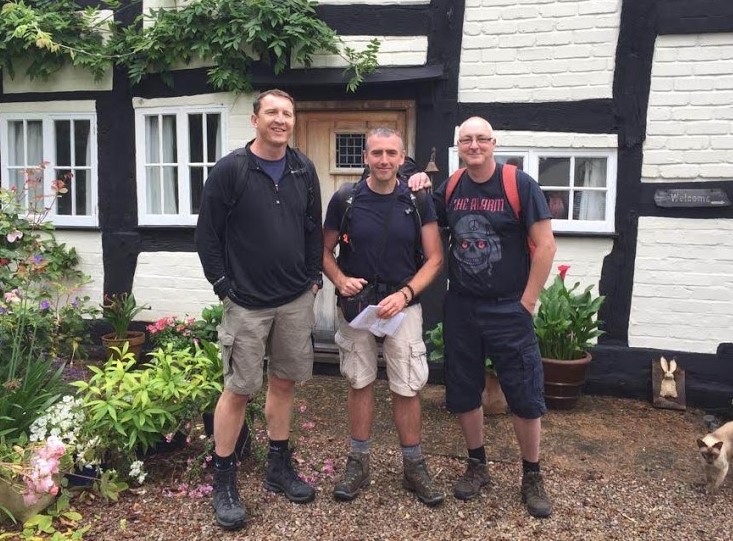 As you might imagine, with “the lads” walking today, there was a lot of jolly humour.

One particularly rich seam was our observation about men sometimes getting very excited by particular topics (or, as Steve put it, “nursing a semi” – Google it).

First port of call today was Chase End Hill, the very southern end of the Malverns. 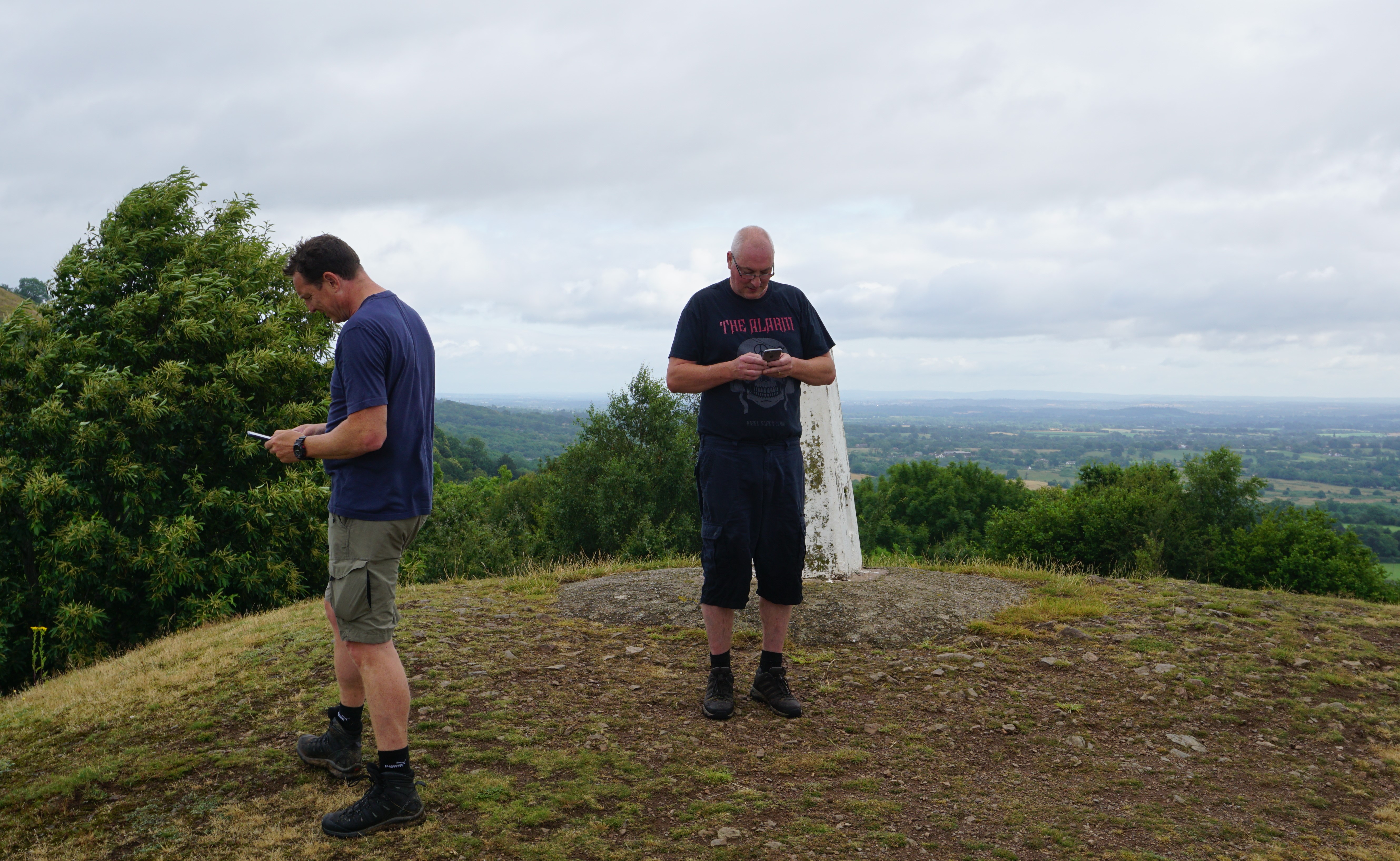 (Those kids, always on their phones!)

Now, the gorgeous Malverns Hills are an Area of Outstanding Natural Beauty, but they’re also incredibly interesting from a geological perspective.  Our friend Sean (remember him from last week?) has a doctorate in Geology and was very excited by our updates from the hills.  In fact, he was actually sending us pictures of rocks as we walked.  Nursing a semi.

Next, tractors.  My good friend Roger, who with his wife Moira has partly inspired this whole walk (more on that as I get into Wales), loves the agricultural updates that I’ve been sending him as I cross the country.  This morning, we saw a huge tractor, so I had to send Roger a picture. 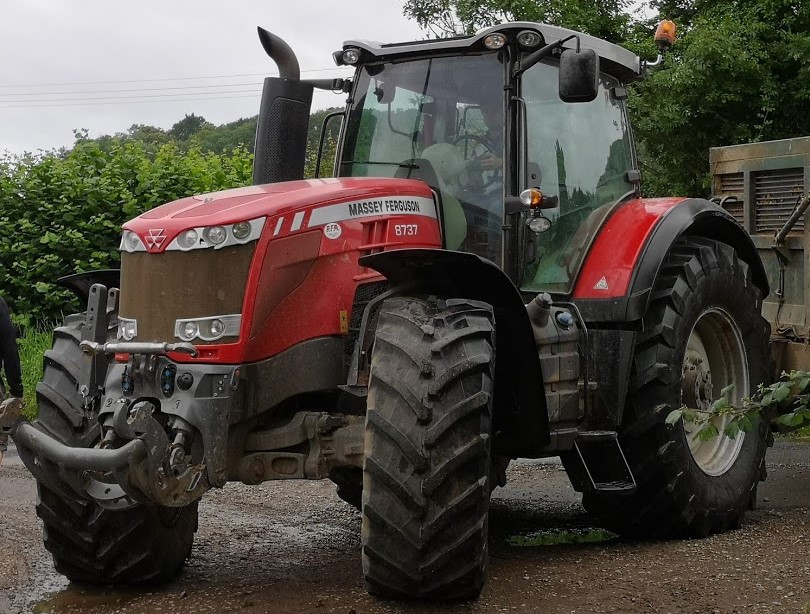 Within minutes, Roger replied, having researched Farmers Guardian and found out the secondhand price of that make and model of tractor.  Nursing a semi. 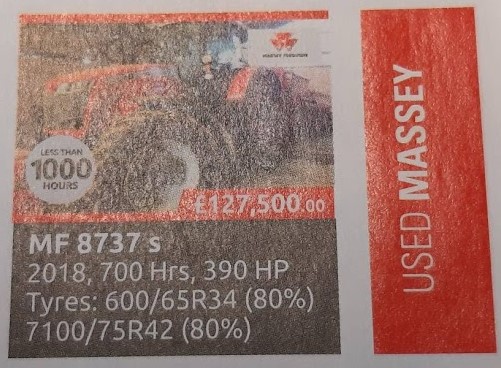 The list goes on.  We crossed a disused railway so, of course, I sent a picture to my brother David, who could tell you the history of the line, when it was closed, and all sorts of facts.

And back in Hertfordshire I asked my brother-in-law Alistair (Heather’s No 3 brother) about birdsong.  Alistair normally sends brief, functional texts, but on this he sent me five long, explanatory texts.  Lovely.

And brother-in-law No 4 Phillip.  I sent him a picture of some military vehicles at the Much Marcle Steam Rally (see below), and he came back enthusiastically straightaway.

And my friend Adam.  When I said I might be able to do some stargazing from the Shepherd’s Hideaway on Sunday night, Adam came back immediately to say where to look for Saturn and Jupiter.

I really love that men get excited about things (be it rocks, tractors, railways, birds, vehicles, stars, whatever).  Isn’t this actually what makes us us?

But why are my six examples above all men?  We actually got into quite a philosophical discussion about gender inequalities.  This sort of thing happens on a long walk.  It’s good.

So, Darren, Steve & I are headed for the village of Much Marcle over the county border into Herefordshire.  But it’s quite a walk and all the chatter is building up a thirst.  But this is rural country, so the prospect of a cuppa is minimal.

When, lo and behold, we see a sign to The Shop at Bromsberrow. 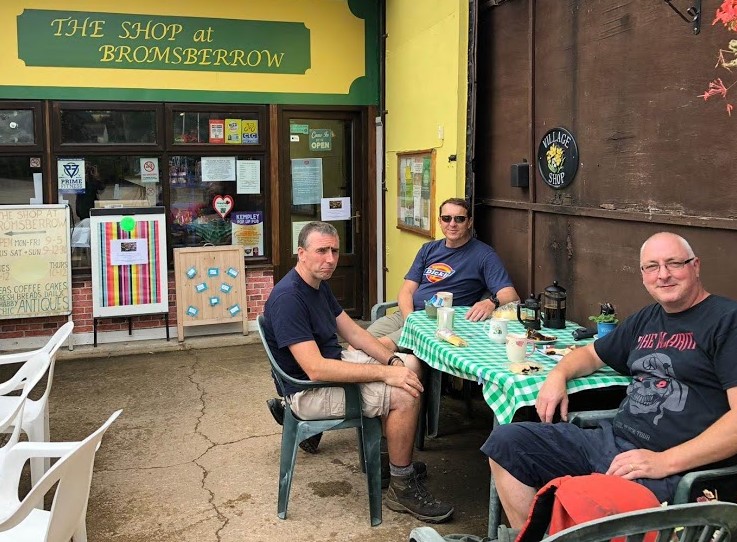 This shop is run by community volunteers (Marie and Georgie today) and was a wonderful, unexpected refuelling stopover for three ageing dads.  It’s these wonderful surprises that 52 is all about 🙂

We actually crossed three counties today (see the grey dotted and dashed line on the map below).  Starting in Worcestershire, we crossed back into Gloucestershire, then on into Herefordshire (or Worcs, Glos and Here) – remember those names. 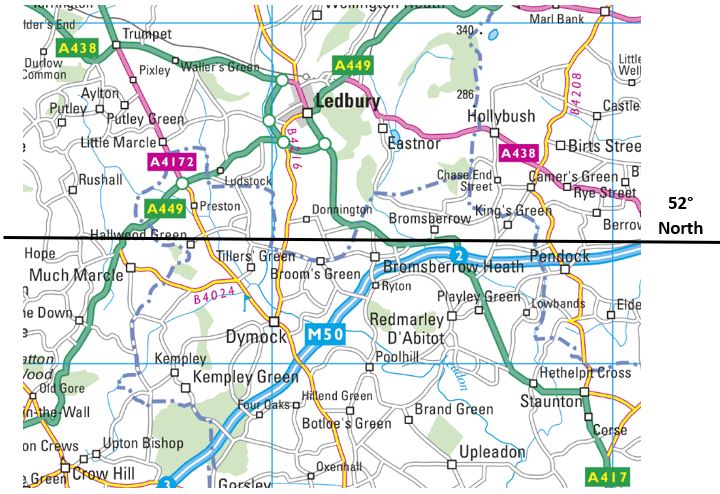 The pressure was on to reach Much Marcle for two reasons: one, we’d all booked to go on a tour of Westons Cider Mill the famous Herefordshire cider maker.  And two, as it was the weekend of the Much Marcle Steam Rally, I’d arranged to have a chat with the Chairman Chris Barnard.

We made it, and even had time for a bit of lunch with the ladies at The Walwyn Arms. 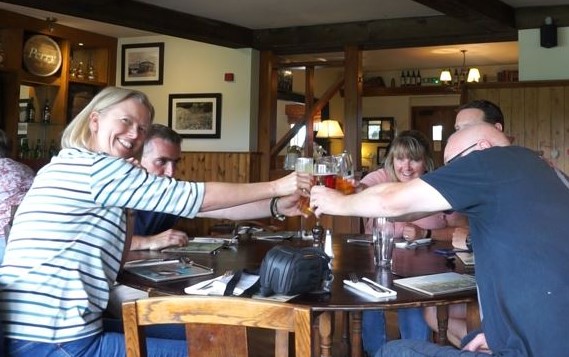 The cider mill tour was fantastic.  Zack told us how Henry Weston has started making cider here in the 1870s, and his great-granddaughter Helen is now Managing Director.  We saw some of the huge maturation vats at the mill.  The large ones are used for Weston’s major brand Stowford Press, with three smaller ones (called Hereford, Gloucester and Worcester) being used for more specialist ciders. 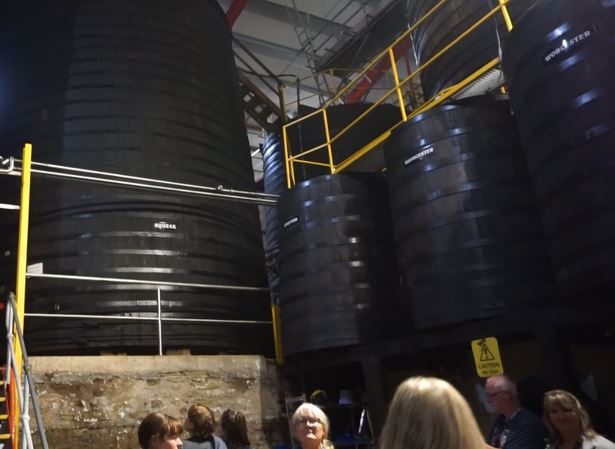 After the tour, Steve & Anna and Darren & Cath drove home, and I headed to the Steam Rally. 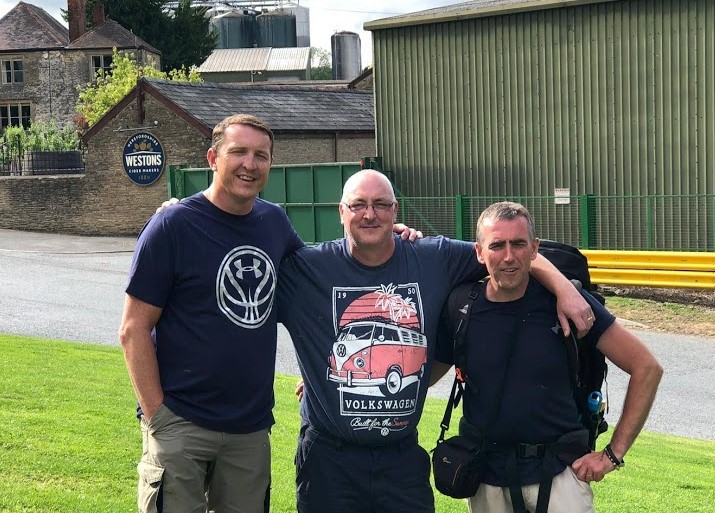 Chris Barnard has been involved with the annual Much Marcle Steam Rally, which is sponsored by Westons, for 32 years.  He’s currently the Chairman, but is very unassuming.  I forgot to take his picture, but I’m sure he’d be happy that I captured two of his vintage trucks. 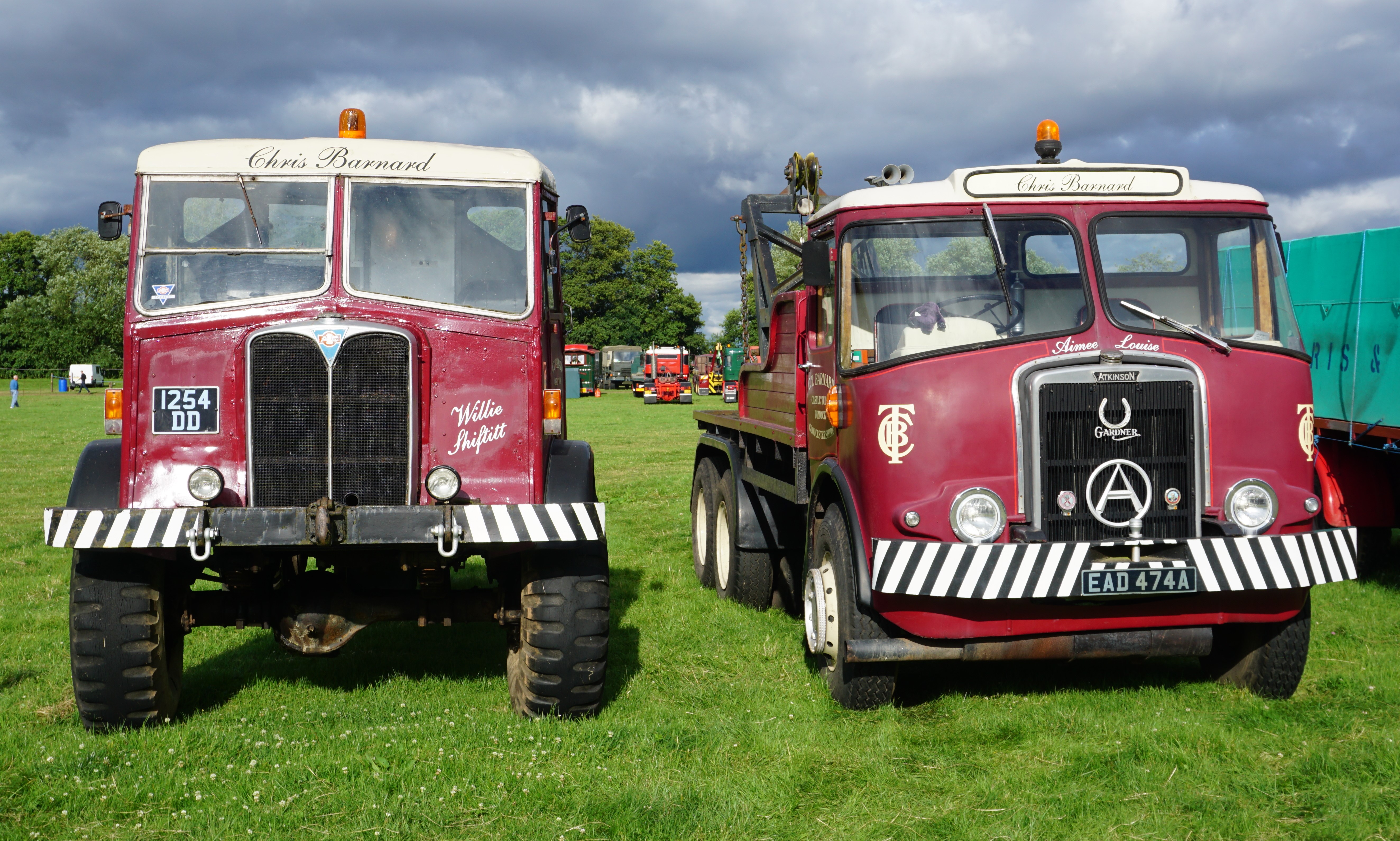 About 4,000 people visit the Rally over the weekend, where there are 1,000 exhibitors and trade stands.  A huge range of steam and other vehicles are on display, both working size and miniature – see the Week 4 Highlights Video for some more images. 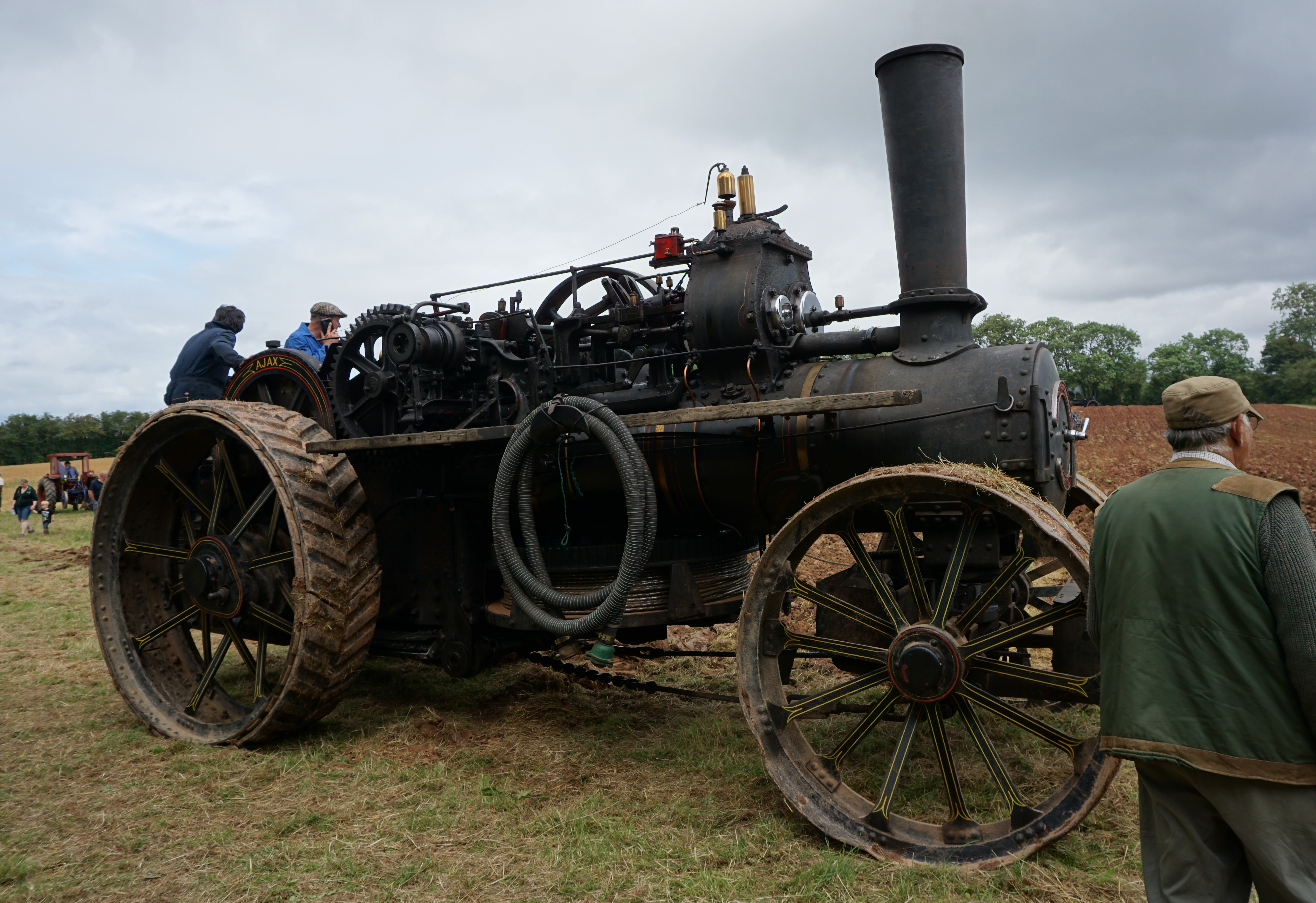 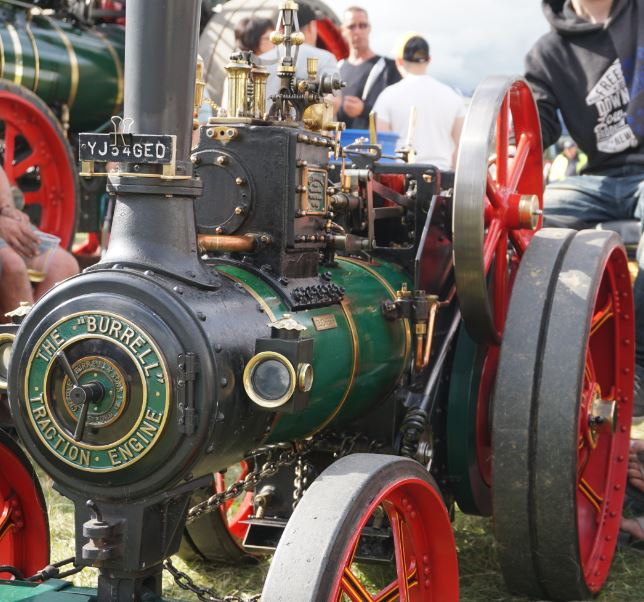 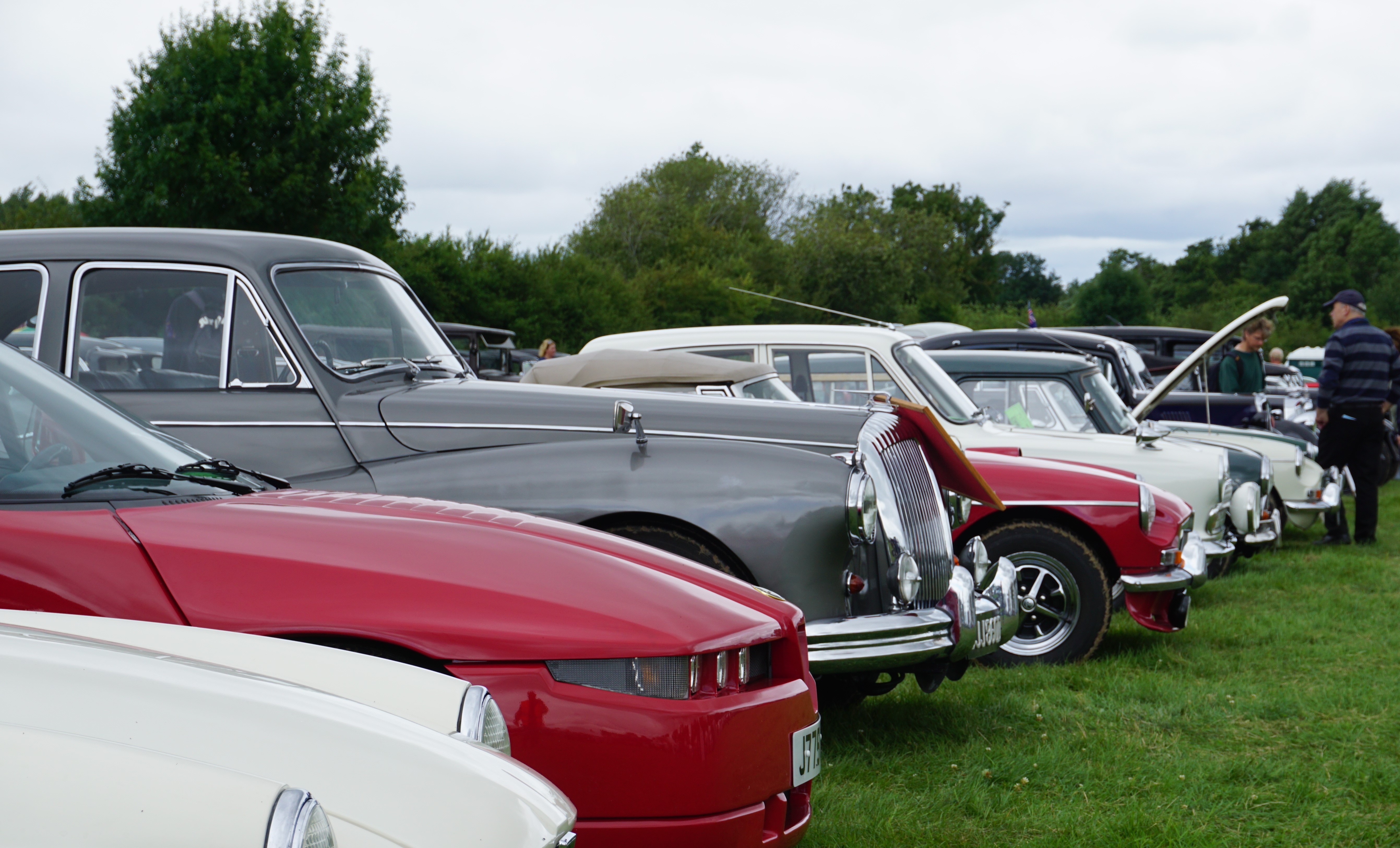 I wish I could communicate here the sounds and smells of all the engines.  It’s a very exciting environment.

The organisers make donations from proceeds to local charities, such as St Michael’s Hospice in Hereford.

What was particularly lovely, I thought, was witnessing all the different ages mixing together at the Rally.  This is about demonstrating how things were, to give perspective, particularly to young people, on how things are now.  Life was hard in previous times.

Another lovely day, finding much positivity from our rich history.  I headed, tired but excited, to the amazing Parkside B&B – but more about that tomorrow morning.