On Sunday, we rolled back 22 years to our final pre-children UK holiday in Snowshill (here’s the cottage again, just cos it’s so cute – the one on the far left in this picture): 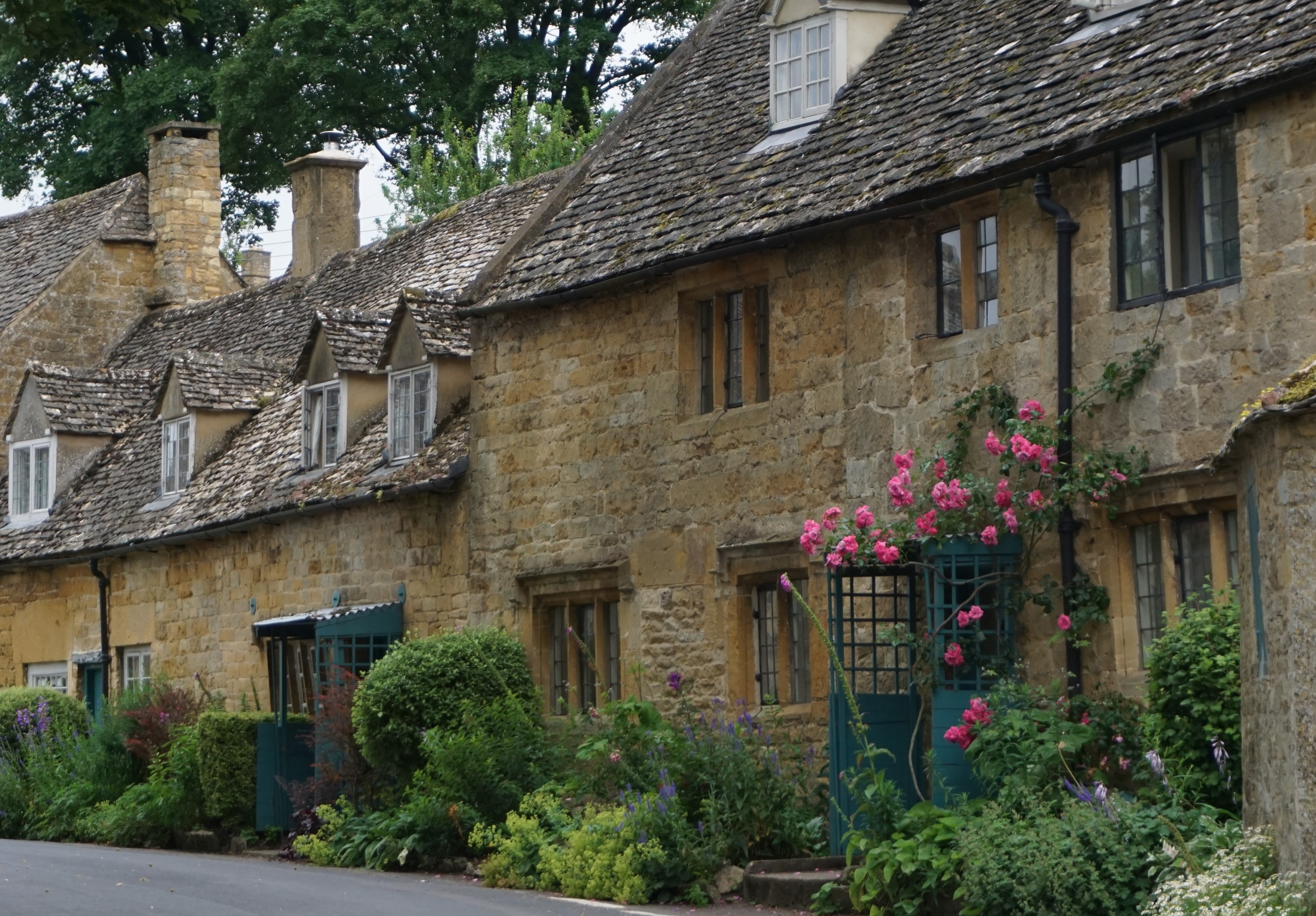 But today, starting Week 4 of the 52° North walk across Britain (from Broadway where I left off on Sunday), I wanted to turn back 82 years, to 1937.

Picture a boy, aged 13, leaving his north London home for a summer stay with his paternal grandparents.  On the Great Western from Paddington, changing at Honeybourne, then travelling south through Broadway and Toddington to Winchcombe. 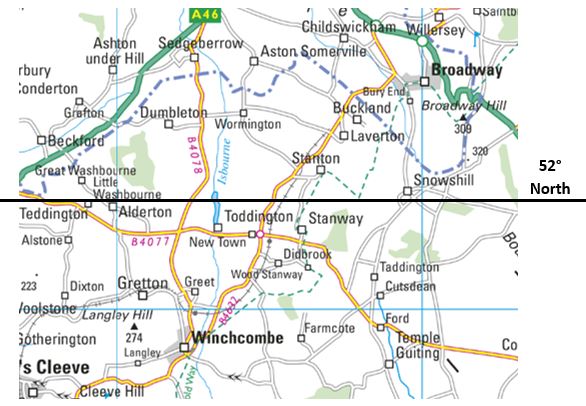 The boy is my Dad, Hubert, and the relations he’s visiting are my great-grandparents George and Fanny Smith.  This is the countryside he would have travelled through approaching Winchcombe: 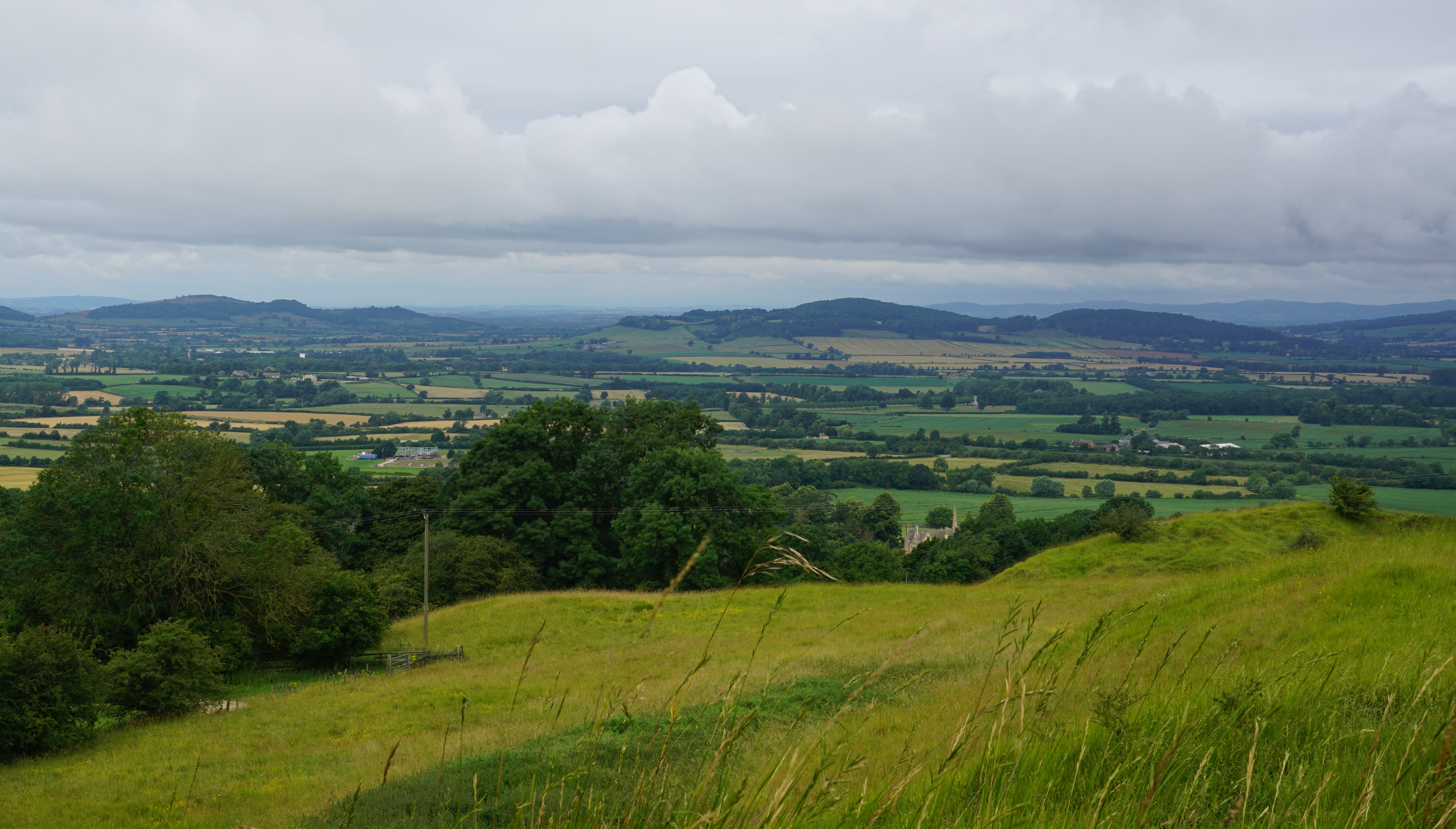 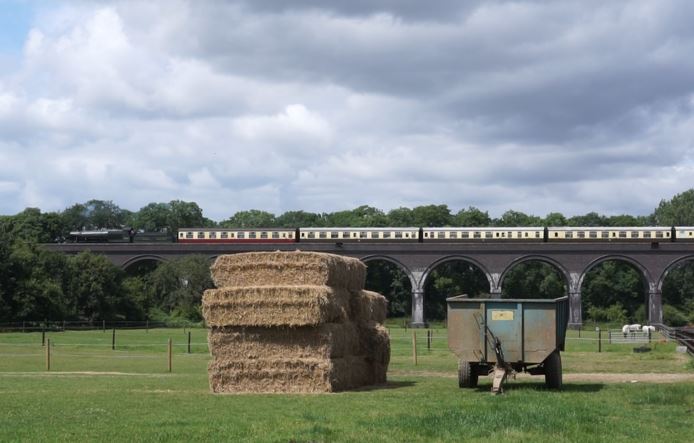 This idyllic rural scene is recreated courtesy of the Gloucestershire Warwickshire Steam Railway or GWSR.

The line from Honeybourne to Cheltenham was closed in stages until the tracks were finally taken up in the 1970s.  But a strong local movement emerged to resurrect the railway, purchasing the track bed in 1980, relaying track, securing the major infrastructure (such as bridges and embankments), rebuilding stations, acquiring and restoring locomotives and rolling stock – the list goes on and on.

Over the next 39 years, the GWSR has gone from strength to strength, now running regular steam and diesel passenger services all the way from Cheltenham Racecourse to Broadway.

How has this huge feat been possible?  This morning I spent a wonderful couple of hours with GWSR’s Public Relations lead Ian Crowder who explained how. 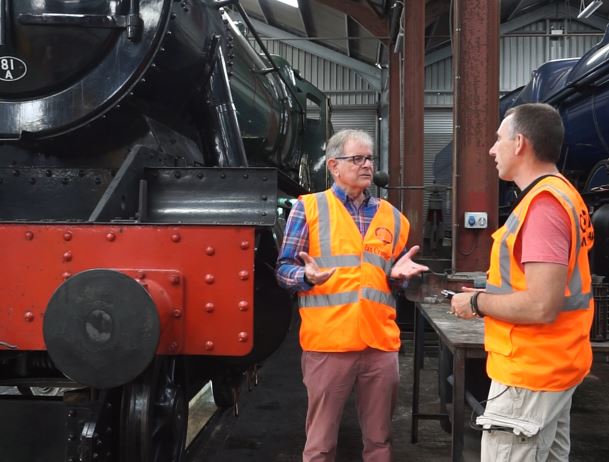 Core ingredient: a huge, 950-strong (yes, 950!) volunteer workforce who run the railway.  The sheer range of tasks involved, and the team’s incredible engineering prowess (all conforming to the same safety standards as the rest of the UK rail network) completely blew me away. 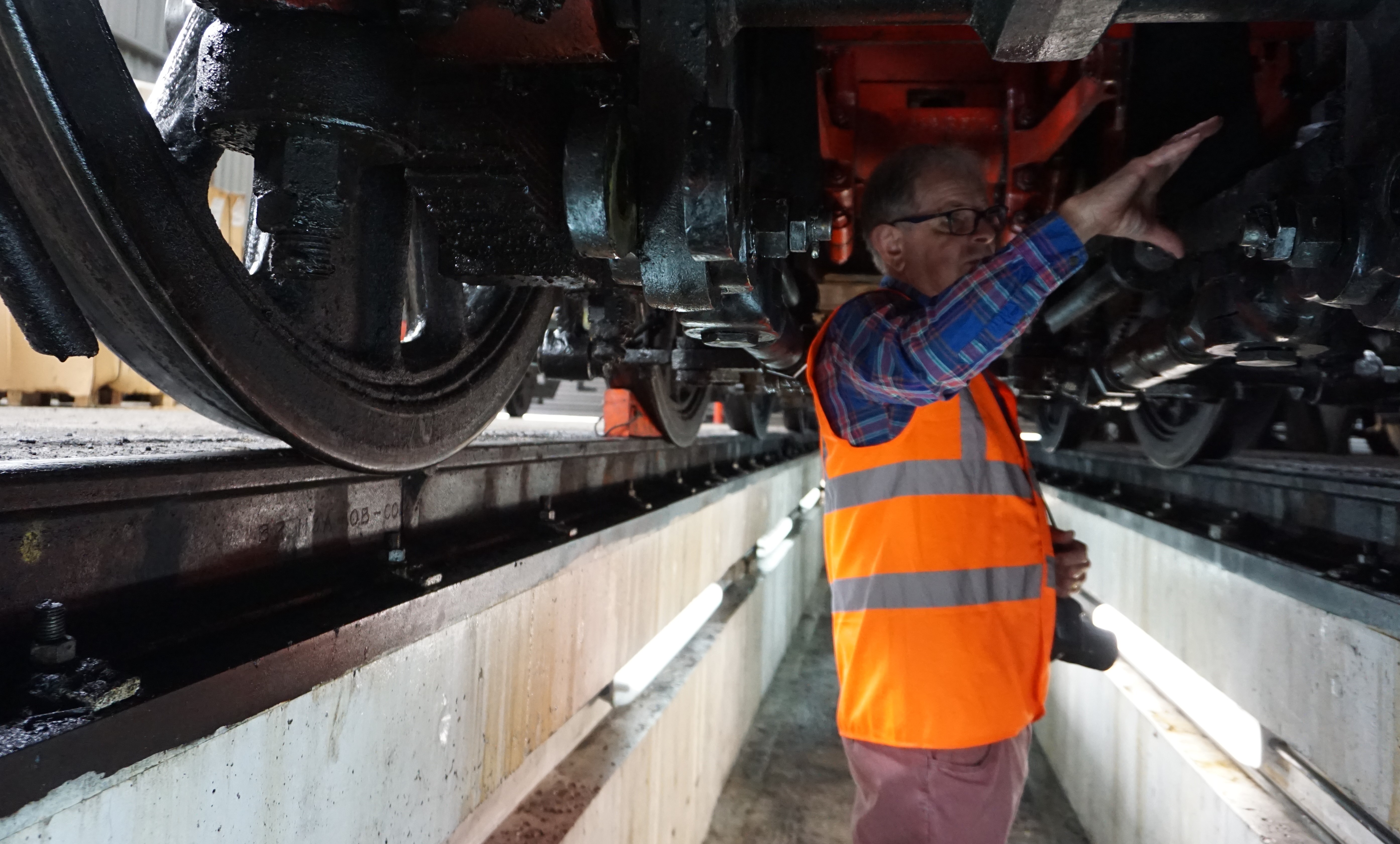 Again I find myself apologising that there’s no way I can do justice here to the amazing phenomenon that is the GWSR.

Let me focus on just one 52-related aspect: the positivity of the people and the hope this generates for the future.

To be honest, I thought: this is going to be retired men, and yes, they do make up part of the workforce, but the 950 are actually quite diverse.  For example, Dan here has just graduated from Brunel University with a mechanical engineering degree and volunteers on the railway. 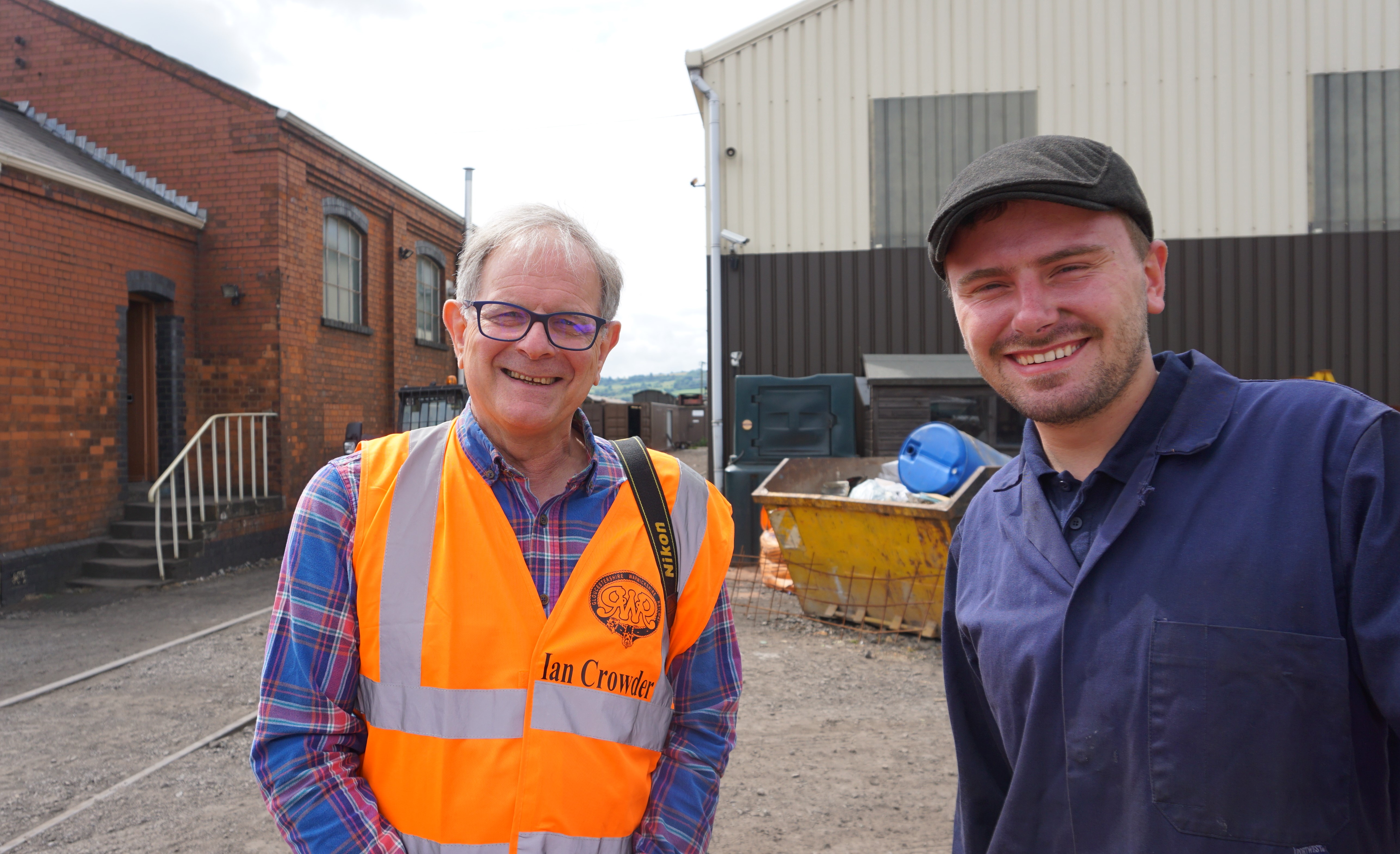 An extensive examination-based training programme educates people of all ages in all the core engineering and other skills required.

And the huge commitment required comes from the top.  Here is the GWSR Chairman Richard Johnson (on the left), who also volunteers helping to run the trains as you can see: 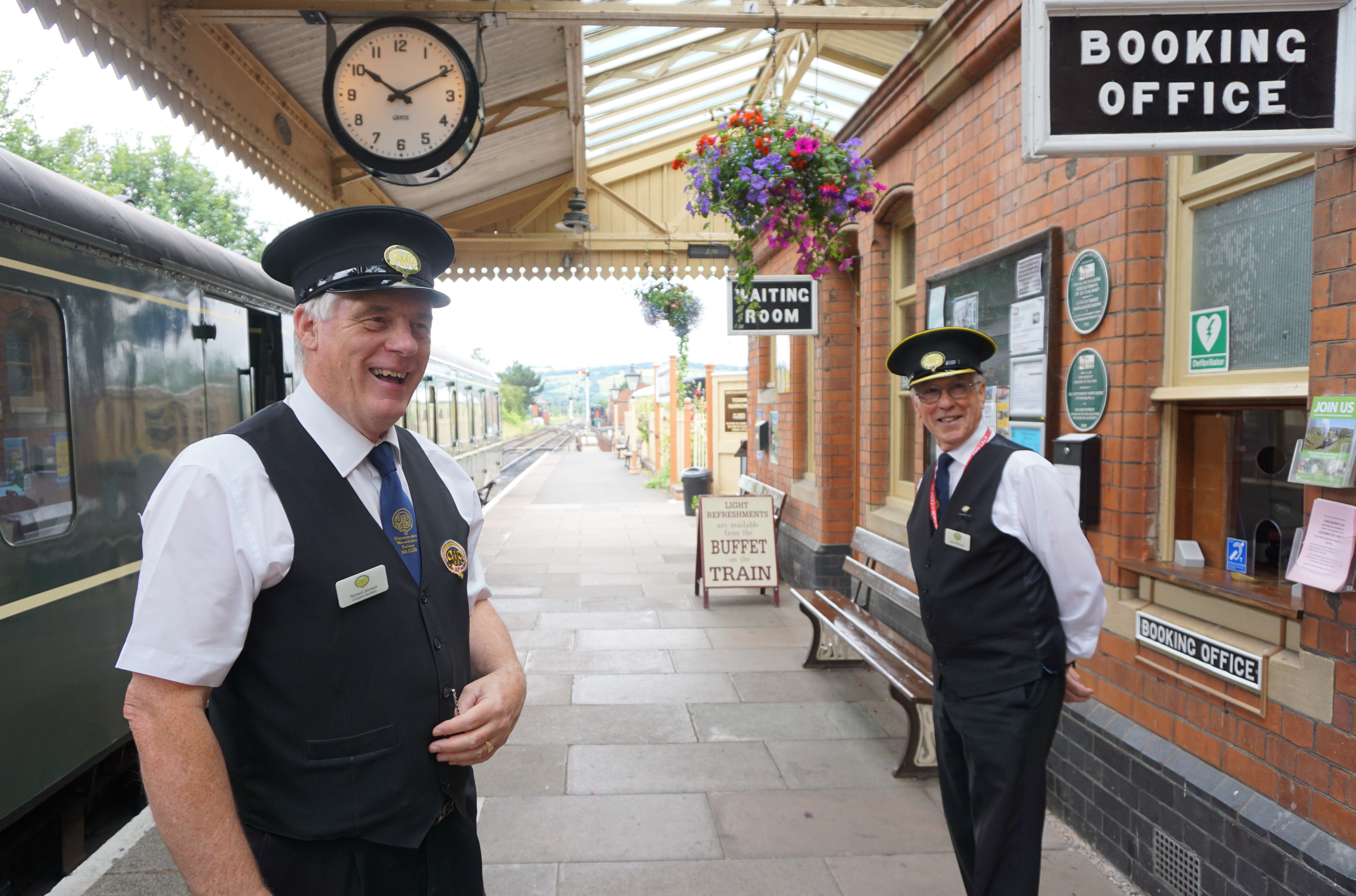 Once again on 52, I’d discovered a highly committed group of enthusiastic folk, who, with a common purpose, have achieved amazing things.  In this case, they’ve created a major visitor attraction significantly impacting the local Cotwolds economy.  And it’s great fun!

I was so excited as I left GWSR that I wanted to tell someone all about it.  Fortunately, I’d fixed to speak to Dominic Cotter on his lunchtime show on BBC Radio Gloucestershire.  You can listen here (interview is 31:50 to 36:40).

There’s more family stuff to say in connection with this railway.  George Smith worked at Toddington station where I was today in the early decades of the twentieth century.  However, I hope to tell something of this story in the Week 4 video (watch out for it next week), plus I had to get to an appointment with another of George and Fanny’s grandchildren.

Heading west (as ever), I passed Toddington Manor, owned by artist Damien Hirst.  I think he hopes to renovate it one day as a home and gallery, but for now it’s mothballed. 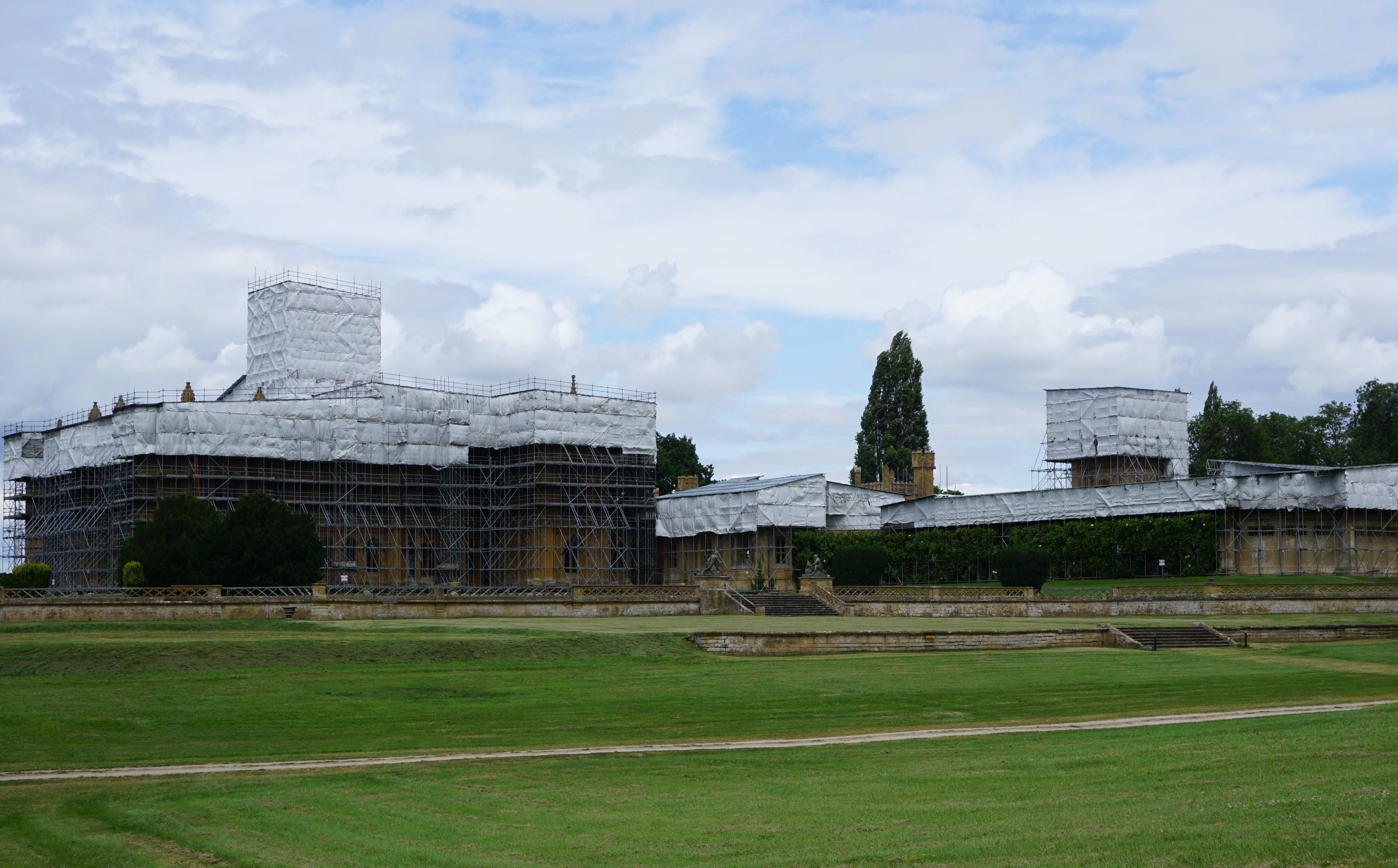 If you’ve been reading these updates for a while, you’ll know I like 52° North’s intersections with whole degrees of longitude (1°E was a potato field, 0°W was the solar park, and 1°W was a slight fail because of the River Ouse).

Today, I reached 2°W, and am pleased to report I found the exact spot just north of Alderton (see the pink triangle). 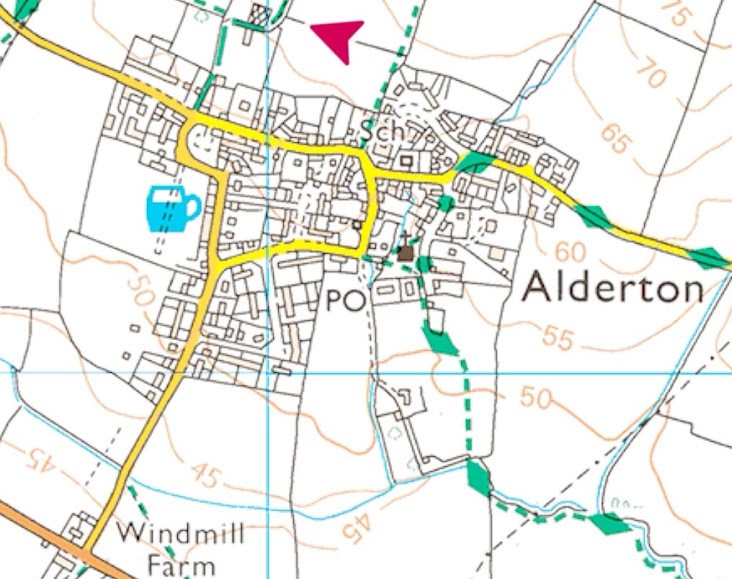 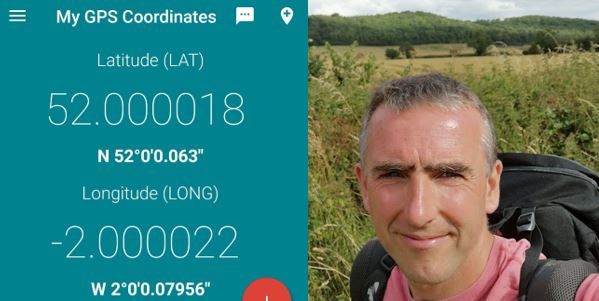 2°W was the line of longitude walked by Coast’s Nick Crane 22 years ago (the same summer Heather & I were at Snowshill come to think of it – the awful August that Diana died).

Read about Nick’s journey on my About page.  Nick stayed with Keith and Caroline Page in Alderton and I visited them today.  Keith is an ex-Ordnance Survey man so we had a great map-chat for 90 minutes this afternoon 🙂 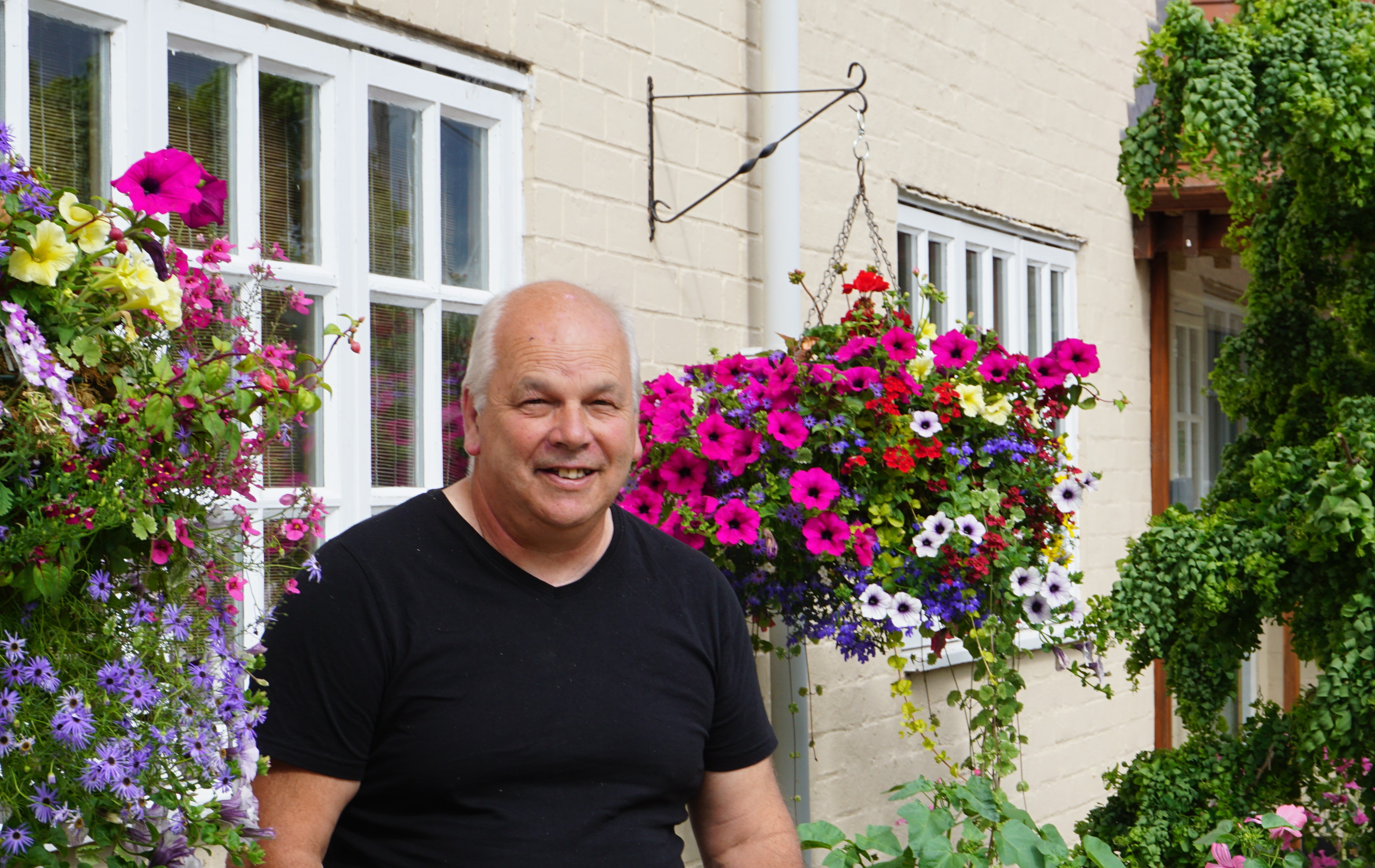 So, to date, I’ve covered three degrees of longitude (from 1°E to 2°W) with three more to cover (Fishguard is at 5°W).

I needed to press on to The Beckford Inn where I was meeting David, my late Dad’s cousin and another of George and Fanny’s grandchildren.

We had a lovely chat over dinner about family, friends, Cheltenham, life.  There’s more to say on this, and a really lovely story that connects David and myself – but not now; watch out for the Week 4 Highlights Video.

I wittered on so long with David that the light had gone by the time I took a picture. 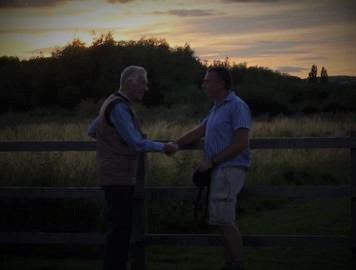 Sadly, David’s wife Gwen died the day before Heather in 2014, so we have a connection there too.  David’s so wise though – he said tonight:

The number of years they were married you can guess I’m sure: 52.