At the end of Day 1, I’m feeling incredibly lucky to be on this adventure.  It’s about finding positivity, and Suffolk has set the bar high.

If you saw my Instagram / Facebook post earlier, you’ll know that the plan to film the Suffolk coast sunrise didn’t come off.  Never mind: I tucked into a big Bawdsey Hall breakfast instead, served by David in a palatial breakfast room: 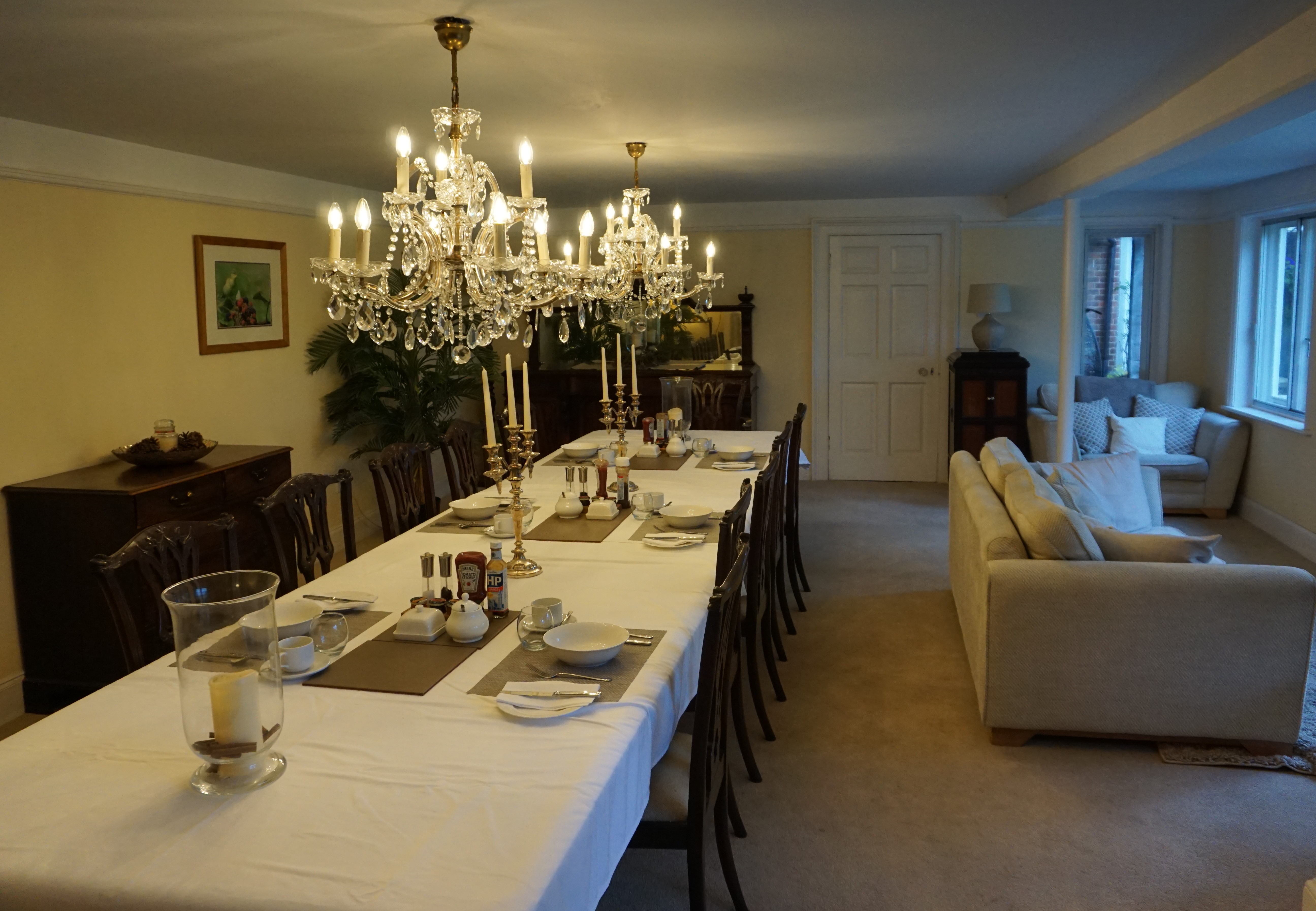 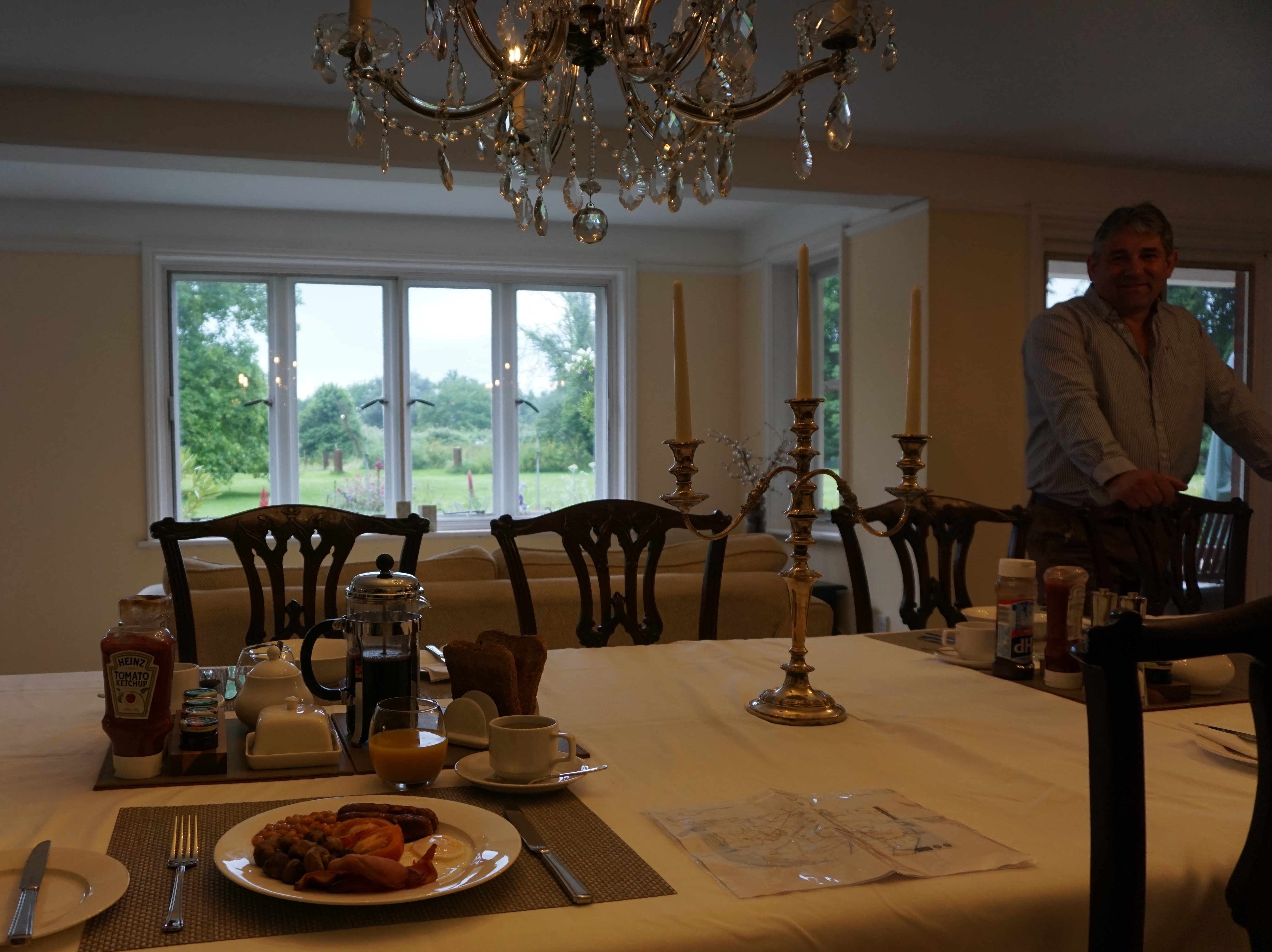 Bawdsey Hall has a rich history going back many decades, but, like much on this walk I fear, if I’m ever going to sleep, that’ll have to wait for the book: 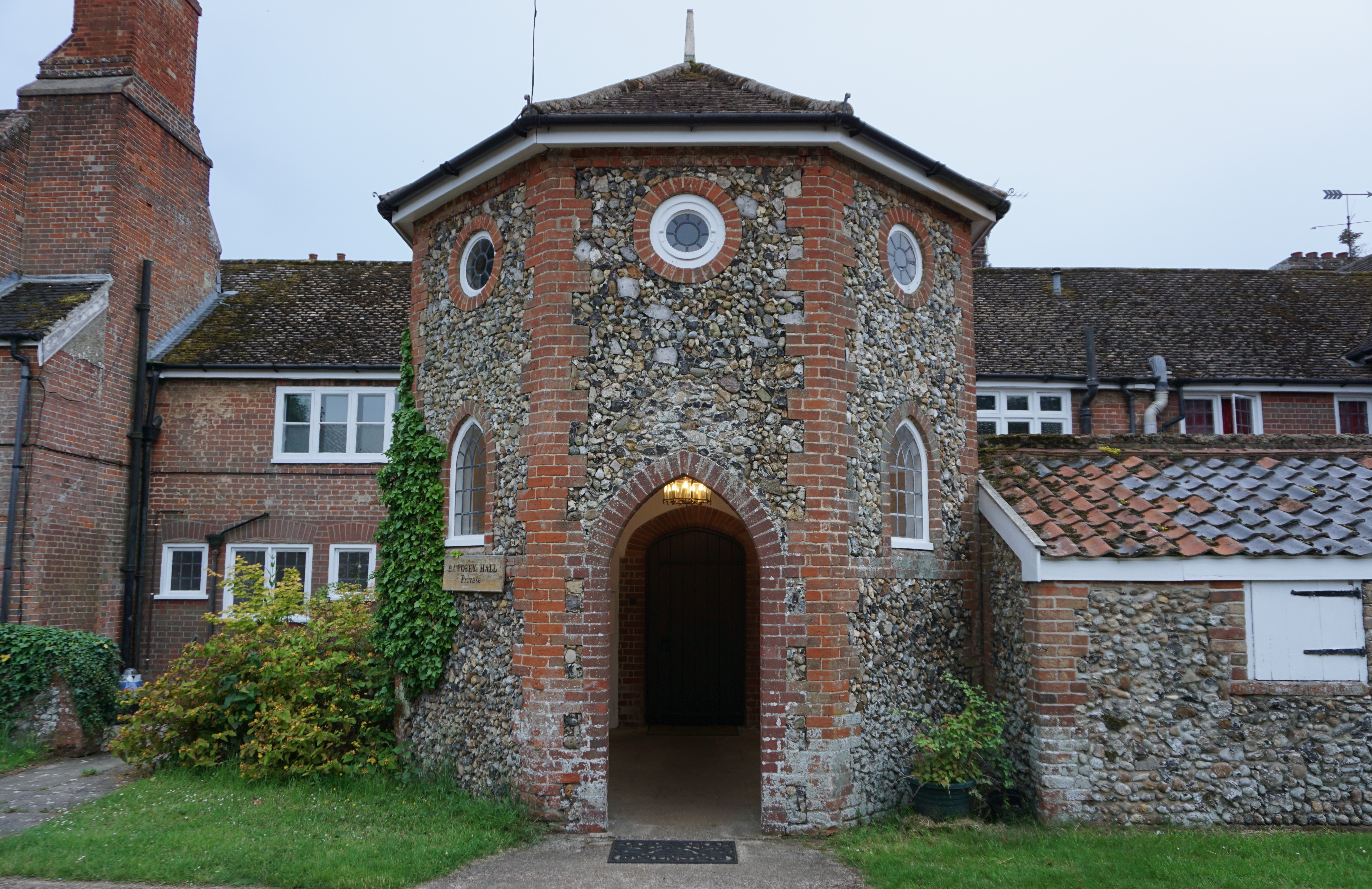 Heading to Bawdsey beach for 08:00, I’d arranged to meet Adam & Alex from EchoAlfa in Ipswich.  If I can sustain the energy, I’d love to make six weekly highlights videos of the walk – to provide further interest in the walk, for the benefit of my three chosen charities – so Adam & Alex came to film some footage of me leaving the coast at the start of the 52°N walk.

The dominant feature here, where the 52nd parallel north hits the Suffolk coast, is Martello Tower W, one of over 100 defensive towers built on the south and east coasts of Britain in the early nineteenth century to repel a potential Napoleonic invasion: 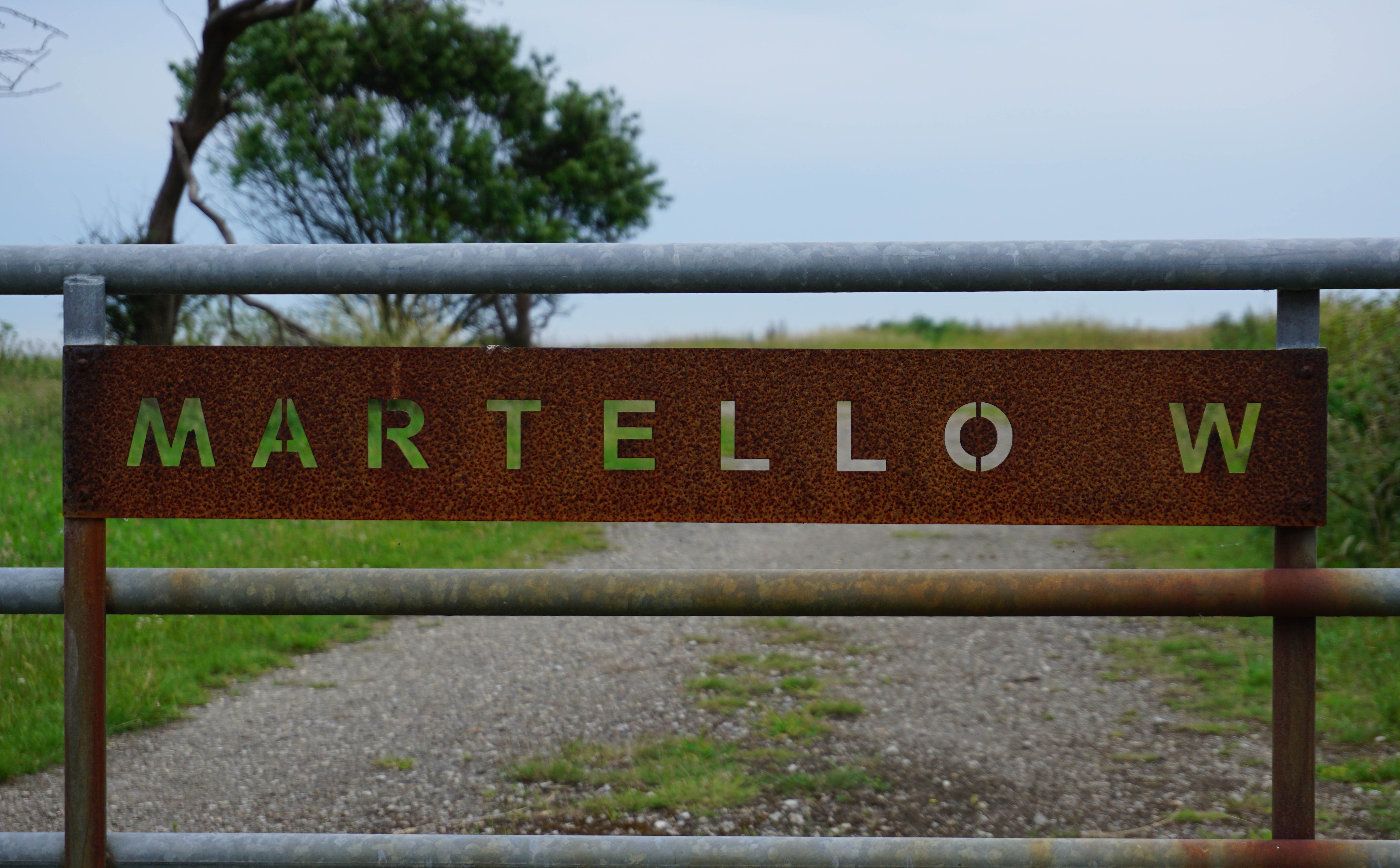 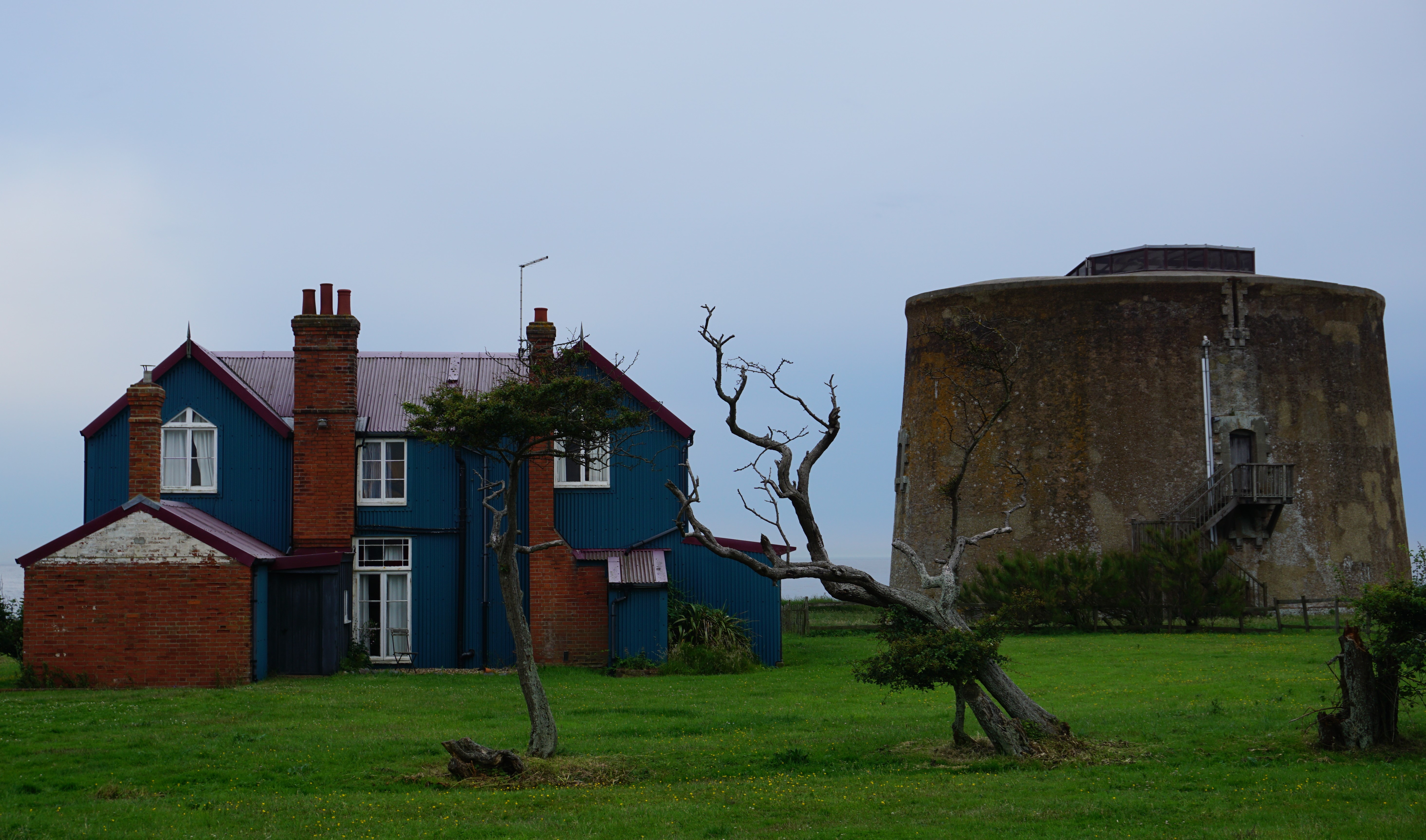 Just as we were finishing filming, the Bawdsey Parish Council Clerk Jenny Webb came to wish me well and capture the start of the walk for the parish newsletter – how lovely is that?  Here she is with Adam & Alex: 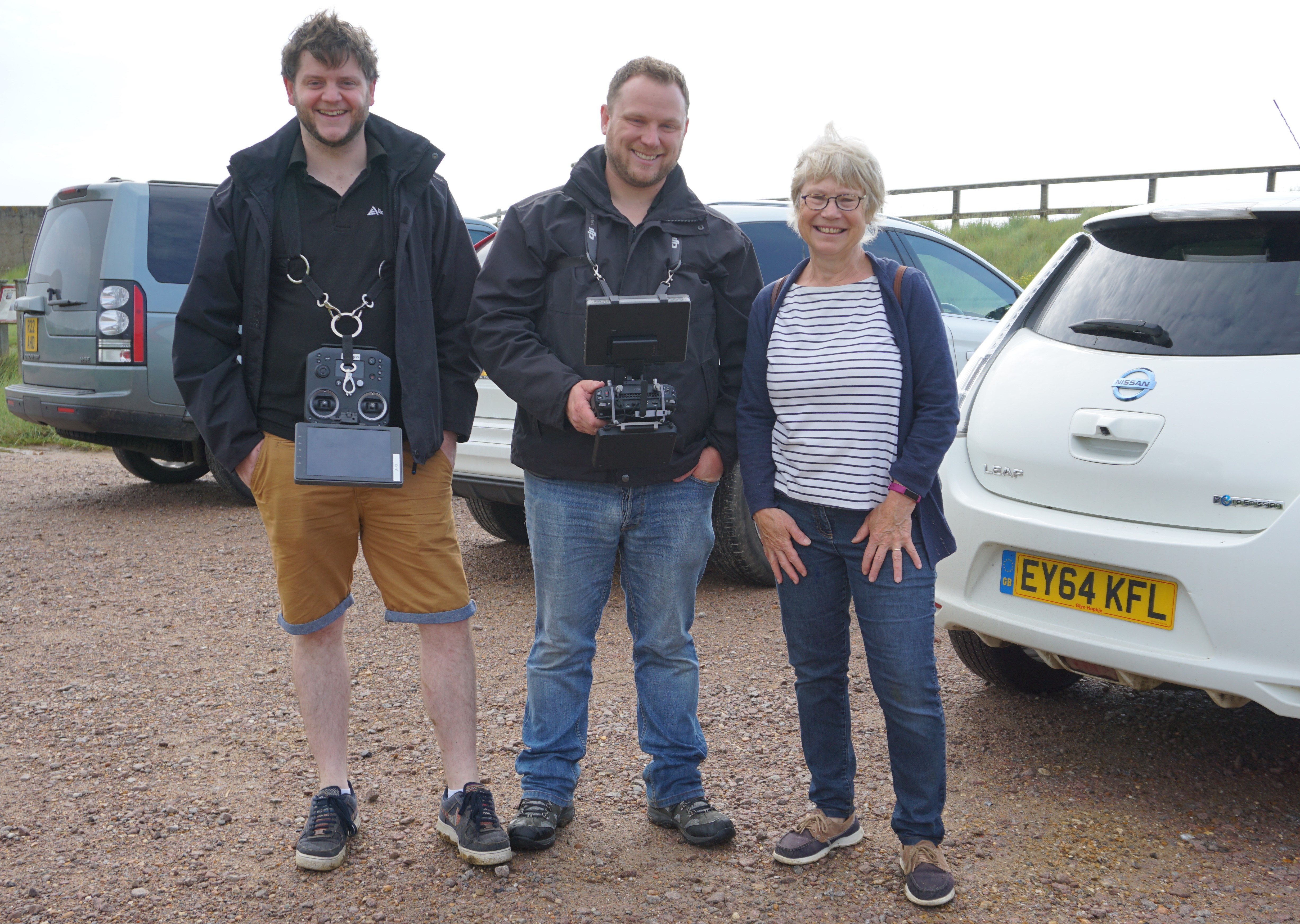 Then at 09:30, I’d arranged the first of my 32 visits to amazing places (that just happen to lie on 52° North) which was just down the road from Tower W.  But on the way, I discovered a construction site – Scottish Power Renewables’ cable landfall site from the world’s largest offshore wind farm (East Anglia ONE, due to go live in 2020).  Seeing as sustainable energy is a major theme of 52, I wished I’d researched this beforehand.

Two minutes further down Ferry Road, the lovely Mary Wain came to meet me at the entrance to Bawdsey Radar Museum.  There is no way I can do justice here to the full Bawdsey Radar story (another thing for the book), but in essence, it was the centre of experimental radar development in the 1930s and became the first operational radar station in world, playing a critical role in the Battle of Britain in the summer of 1940.

Thus, the ground was laid for the further development of radar which is crucial for current day navigation: every time we fly on holiday, we owe a debt to the Bawdsey scientists. 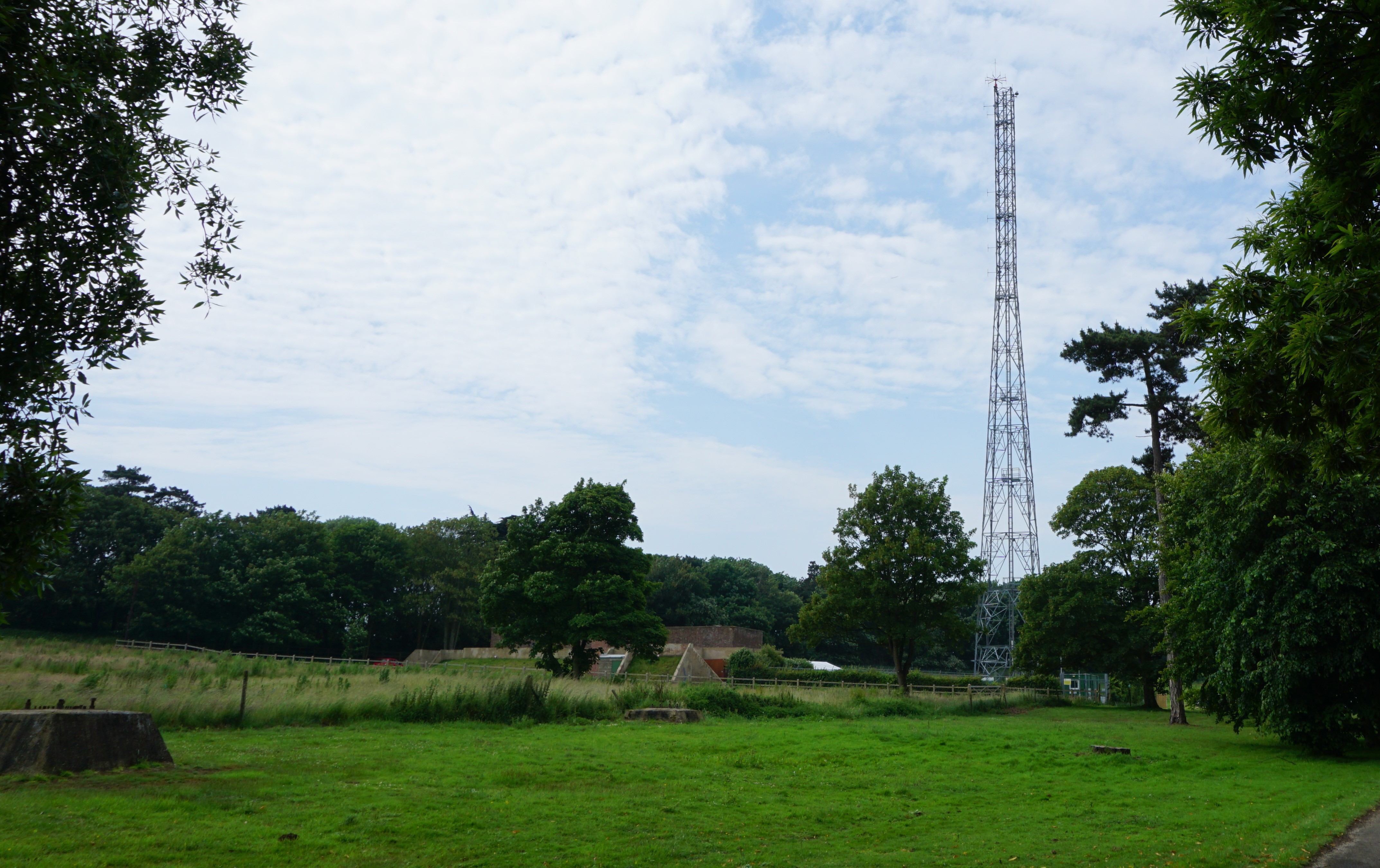 The transmitter block at Bawdsey was decommissioned in 1991 and left to decay.  For me, the most inspirational part of the story is the work Mary and the team have done over the last 15 years to raise the profile and secure funding to restore the block into an award-winning museum which really does justice to the pioneering work carried out here in the 1930s.

Mary and the team are incredibly humble about their work: the epitome of what I’m looking to find on 52 – inspirational folk who quietly overcome huge challenges to achieve great things.  Here she is (second from left), with Liz , Roger and David: 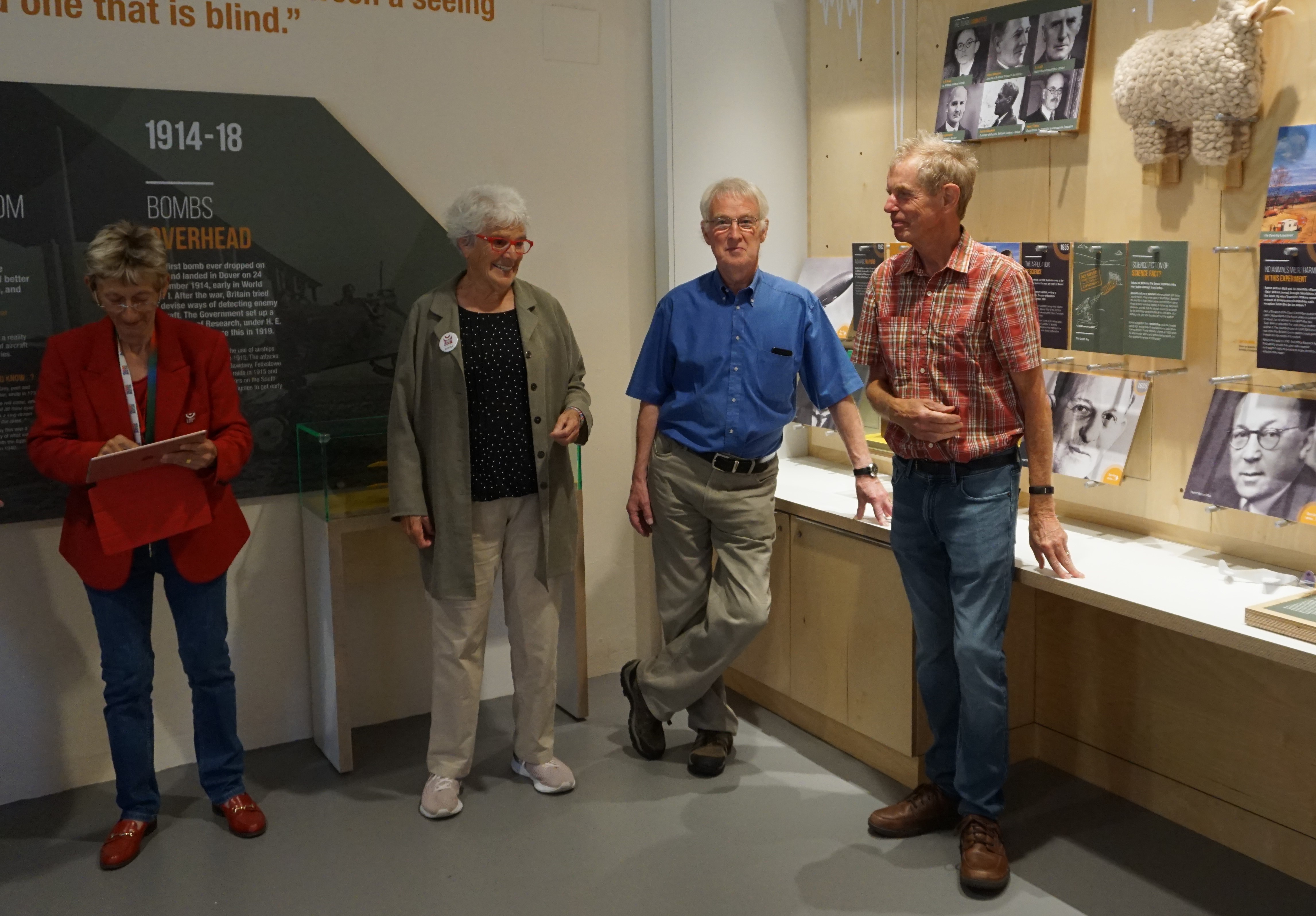 Also on site today was Dr Phil Judkins, a renowned expert on radar.  Phil spent a long time today giving me a fantastic layman’s guide to radar.  He was busy filming a new DVD for the Museum today, so unfortunately I didn’t get a picture, but you can read about him here (spookily, I visit the University of Buckingham later on the walk). 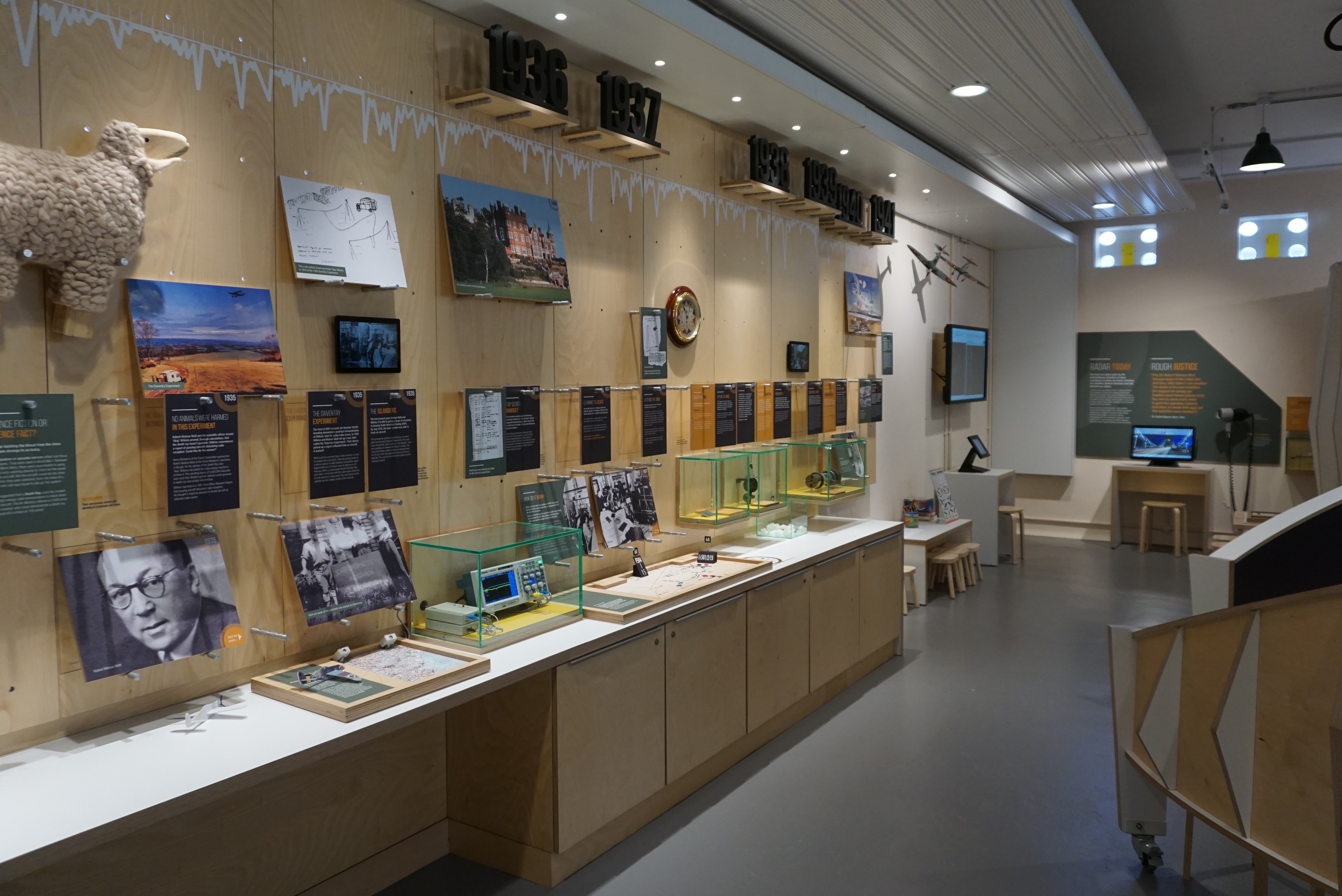 Bawdsey Radar is well worth a visit.  The Museum is open 11am-4pm on Thursdays and Sundays, plus Wednesdays in July, August and September.

Walking a little further down the road to Felixstowe Ferry, I was incredibly lucky to meet my eldest daughter Katherine and son Adam, who had driven from Wokingham to see me.

We crossed the River Deben via the passenger ferry and had a fish & chip lunch at Winkles: 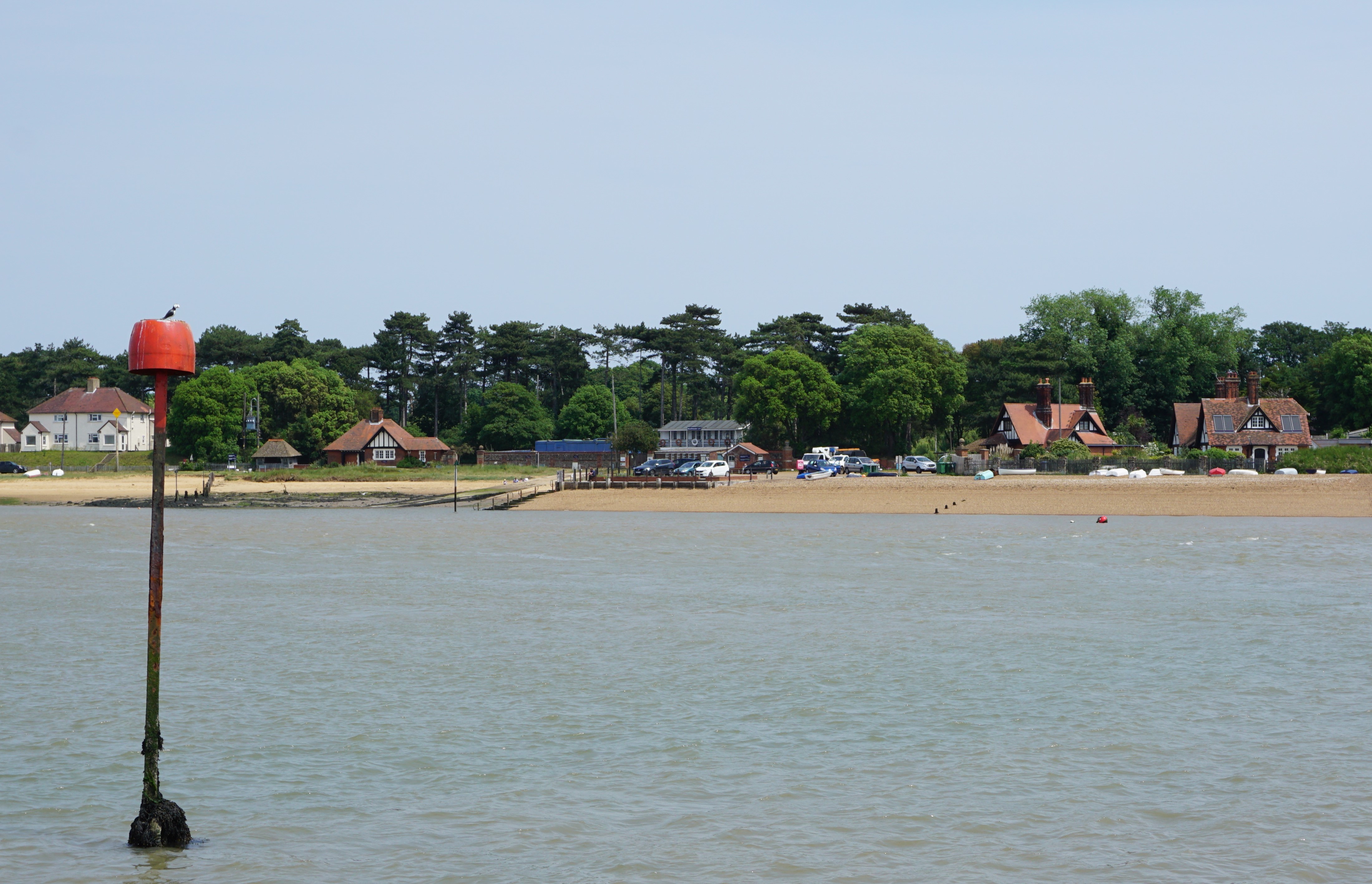 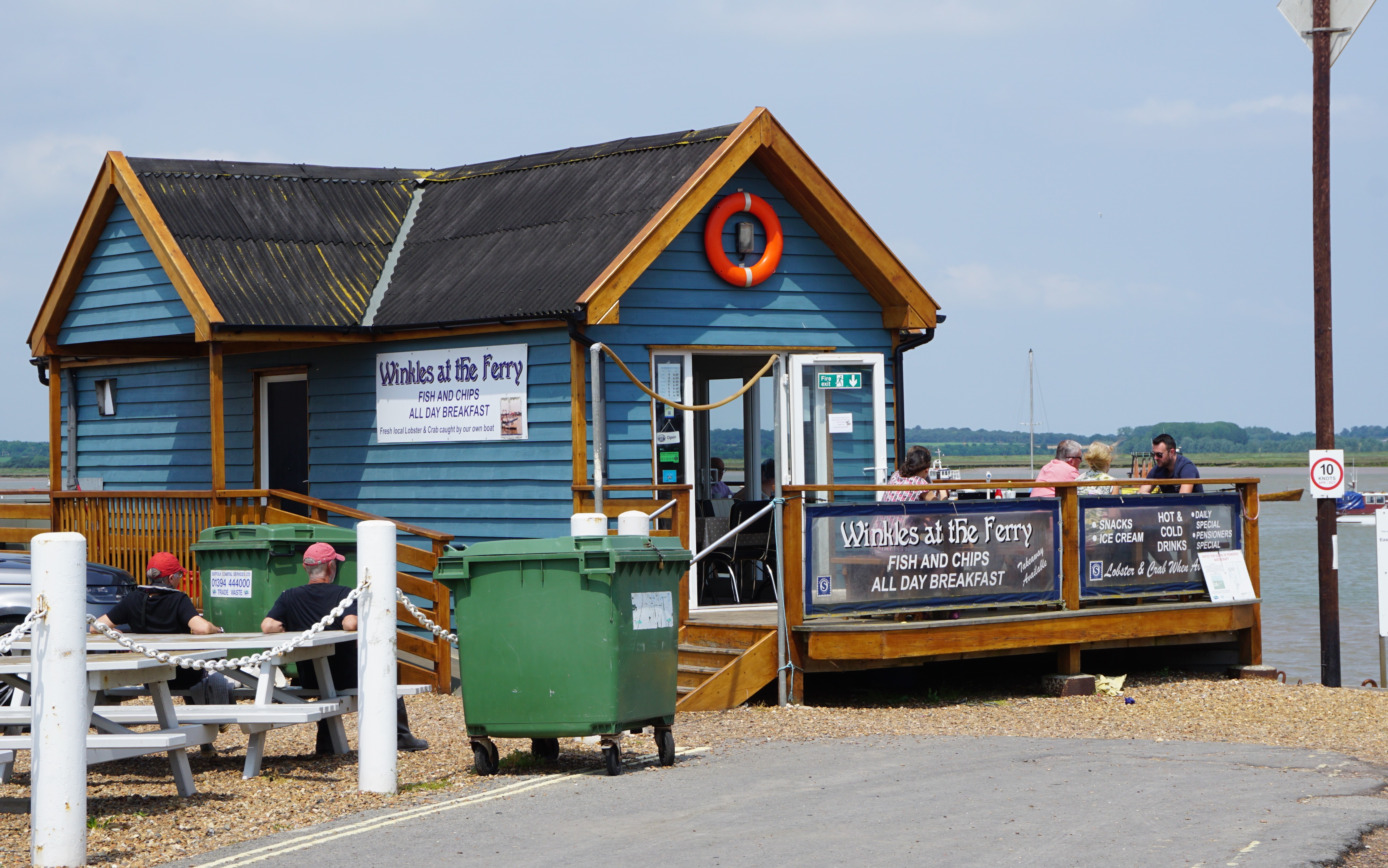 Katherine and Adam then went to see Rocketman in Ipswich while I started the walk proper inland towards Ipswich: 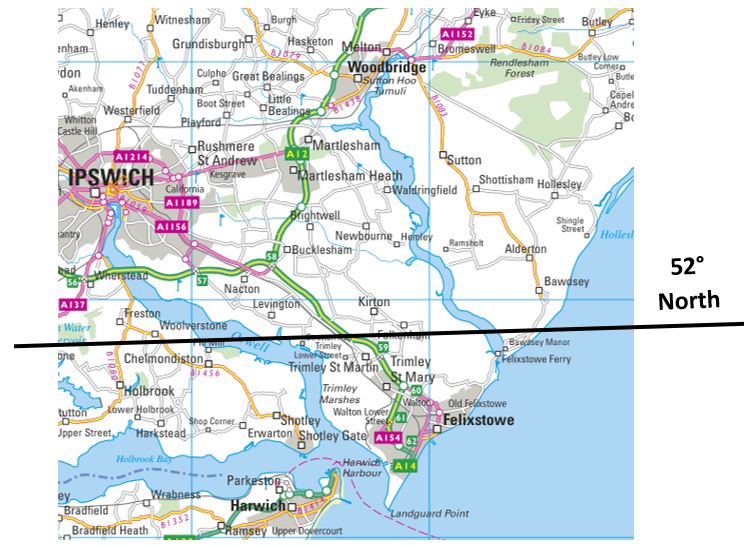 After crossing the “Felixstowe Peninsula”, between the Rivers Deben and Orwell, the latter looked spectacular especially the view back eastwards to the huge cranes at the Port of Felixstowe: 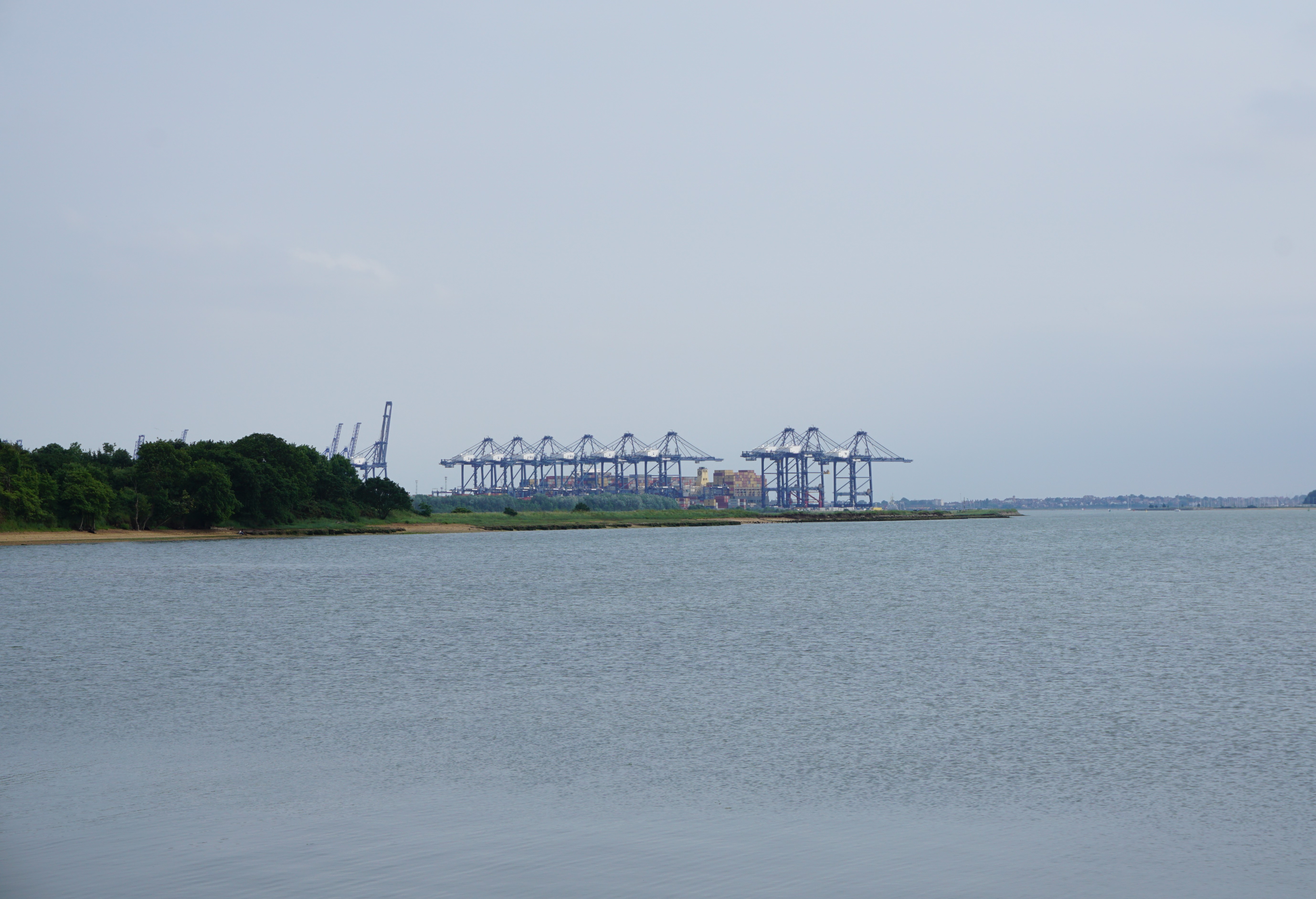 The day was quite muggy, my bag was overpacked, and it was still only day 1 (of 32) so I was wearying by now.  My phone interview with BBC Radio Suffolk’s Stephen Foster, live from Suffolk Yacht Harbour on the Orwell, was therefore quite short (click here to listen – interview runs 52:15 to 56:00), and I was very happy to meet Katherine and Adam again at the Holiday Inn Ipswich – Orwell, where we had a Nando’s picnic on the bedroom floor 🙂

Time for bed now.  My phone is saying I’ve done 39,000 steps so I’m quite tired.  Tomorrow I cross the Orwell and head further into rural Suffolk with my friend Adam from Spain.

Let me know what you think of these daily posts: too much, too little, just right?